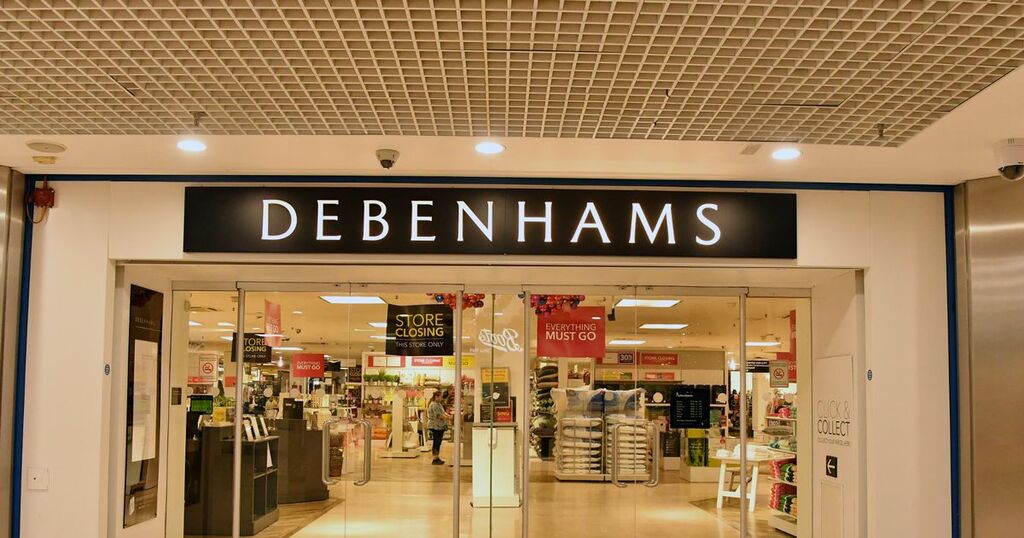 Swansea needs to keep as much retail as it can in the city centre - and it could do with a spring clean - a report has said.

Consultants commissioned by the council have analysed the retail and leisure offer and overall look of the city and come up with various options to improve it.

They said the authority has been at the centre of several projects to improve Swansea's post-war retail core, with private investors starting to buy into the regeneration.

But the loss of the anchor Debenhams store, and other high street retailers, was a concern - particularly for the Quadrant Shopping Centre.

The report's authors considered the conversion of the vacant Debenhams store into flats or cultural uses, but said it should remain as retail. It is understood that the council is working behind the scenes to bring this about.

The report said Primark, on St Mary's Square, could be upgraded, with some other potential improvements, and that the council should work with Next, on Oxford Street, to expand its footprint with upper floors potentially flats or offices.

It recommended that Swansea Market's Oxford Street and Union Street entrances should be significantly increased, and that a new street food market should be introduced linking the popular indoor venue with the Quadrant Shopping Centre.

Space for pop-up shops during festivals should be considered, added the report, plus an upgrade of the lanes linking Wind Street to the city centre.

A new public area at the junction between Oxford Street and Portland Place, including play facilities and seating, was also suggested.

Public art or eye-catching signs, said the report, should also be considered for key gateways, such as the High Street train station.

The report by consultants BDP and Rivington Hark also said a spring clean would be a quick win.

Places to eat near where you live:

Swansea, it said, still suffered from a poor perception of the city centre and needed to create better first impressions for visitors. A sense of pride and ownership needed to be instilled.

Additional apartments and high quality offices were also required, and more of a "grown-up" food and drink offer.

If the report is approved by cabinet on September 16, work will take place to explore each proposal and potential funding sources. Consultation would also be held with residents and businesses.

“They need to become destinations of choice for people to live, work and enjoy, as well as shop," he said. "This change has been accelerated by the (Covid) pandemic, which triggered the failure of a number of key national retailers in city centres across the UK."

The Labour administration has borrowed large sums of money to fund the £135 million Copr Bay project, whose centrepiece is the new indoor arena. Rivington Hark is an adviser for phase two of Copr Bay.

The Kingsway has also been revamped, Wind Street is being becoming a more family-friendly venue, and there are plans to upgrade Castle Square.

A new office block is in the pipeline for the old Oceana nightclub site, the Palace Theatre and the Albert Hall are being given a new lease of life, and a preferred partner has been selected to redevelop seven other sites in and around the city centre, including the Civic Centre.

Cllr Stewart said he was confident that decent office space would attract occupiers, despite the rise of home-working since the coronavirus crisis.

The Swansea Labour leader said "agile" working was more likely in the future, with employees doing three days in an office and two at home for example.

He said he didn't want to "do a Beeching" with office space, referring to the cuts in the railway network in the 1960s.

"One very important aspect to be considered in the study is Swansea’s unique setting," it said. "The city centre is set against a backdrop of three hills, Townhill and Mayhill to the north and Kilvey Hill to the east.

"It also has a stunning water front to the east and south formed by the river, docks, marina and of course the beach. This environmental capital is a vital asset and gives the city quite a very powerful and distinct setting."

But the authors added: "The reality is there is now a rapid contraction of the retail offer in the city. This is happening faster than the speed with which the interventions are coming out of the ground."

To get the latest email updates from WalesOnline, subscribe to our Swansea newsletter here.