What links HBO’s Euphoria, an ‘affable arms dealer’ and the 1996 Perrier prize? 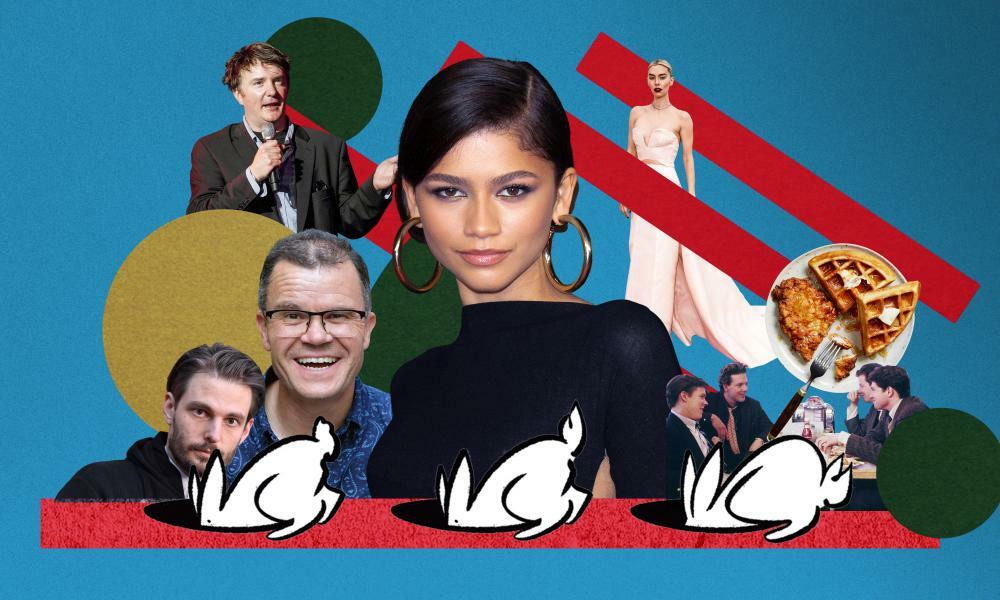 Perhaps every generation gets the teen TV show made by adults it needs. In 1991, we had Brandon taking ecstasy at a rave before things went south in Beverly Hills 90210 (lessons were learned). Now we have Euphoria, HBO’s high-school drama with more visceral drugs, sex, violence and trauma (and less learning). Superstar-in-the-making Zendaya is in the lead again.

Elsewhere, Zendaya is reportedly dating her Spider-Man co-star, Tom Holland. The English actor is the son of comedian and author Dominic Holland, who through Eclipsed, his blog/book/stand-up show, charted in self-deprecating (and in no way seething) terms what it’s like to be upstaged by your own child.

I got you Pegged!

Holland (Dominic) was nominated for the Perrier award at the Edinburgh fringe in 1996; he lost out to the acerbic surrealism of Dylan Moran. The Irish comic occasionally acts, too. In 2007, he featured in the Simon Pegg vehicle Run Fatboy Run, unexpectedly directed by David Schwimmer. “Disappointing,” declared Peter Bradshaw.

Simon Pegg, of course, now has a role as a Tom Cruise sidekick in the Mission: Impossible films. Also in Cruise World is Vanessa Kirby, as the villainous White Widow, first seen in 2018’s Fallout. One fan site describes her character as an “affable arms dealer” – you don’t see a lot of those. Last year Kirby earned an Oscar nomination for her role in harrowing drama Pieces of a Woman (Netflix).

Bringing it all back home

Among the producers of Pieces of a Woman was one Sam Levinson. He’s a busy fella: during the pandemic, he knocked out Malcolm & Marie (Netflix), with John David Washington and Zendaya having a domestic row. More pressingly he’s been making … Euphoria, whose long-awaited, Covid-delayed second season is finally upon us (Sky Atlantic/Now TV).

Watch In Diner, Sam Levinson’s father, director Barry Levinson, made one of the great films of the 1980s for college-age young people sitting around and talking crap.