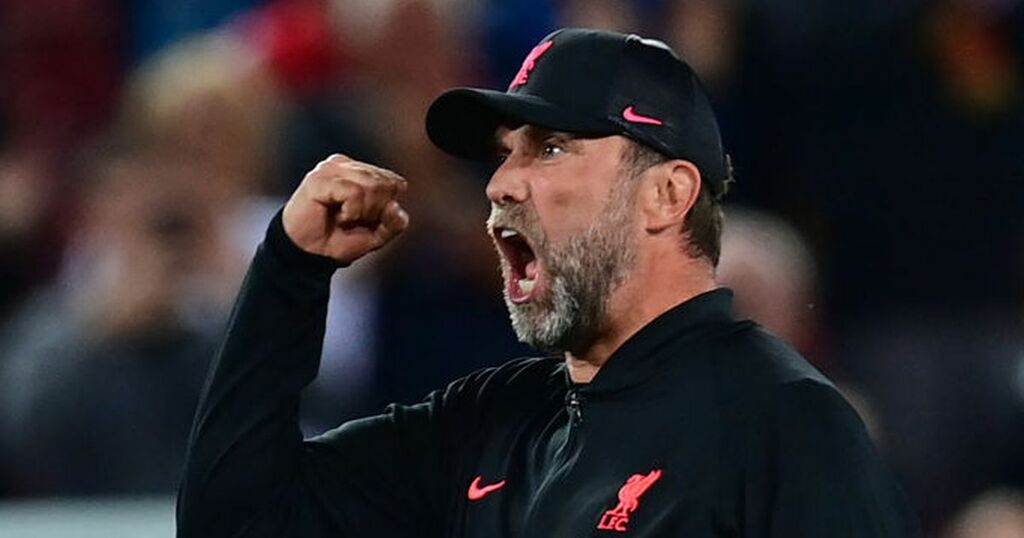 Jurgen Klopp chose the return of the Champions League to a packed Anfield to produce his trademark fist pumps towards the Kop for the first time this season.

The sight of the Liverpool boss celebrating victory in such a manner following an enthralling opening group game against AC Milan was wholly reassuring, another sign of normality after such a difficult 18 months.

Not that there has often been anything straightforward about the Reds in this competition under Klopp.

They were at it again here, dominating Milan during a one-sided first half yet finding themselves going in behind at the interval.

It was the first real test of Liverpool’s character this campaign, a genuine shock to the system after a display that merited more than visiting defender Fikayo Tomori deflecting home Trent Alexander-Arnold’s shot.

The Reds, though, passed with flying colours, roared on by an Anfield crowd that sensed the team needed the extra backing they had sorely missed during the dark days of pandemic football.

Fitting, too, that Jordan Henderson should be the man to thrash home the winner with a superb first-time finish from the edge of the area having been forced to sit out Liverpool’s quarter-final loss to Real Madrid last term through injury.

He, like the fans, is making up for lost time.

This was another instant classic against Milan that echoed in more ways than one the victory by a similar 3-2 scoreline against Paris Saint-Germain here three years ago, a win that sent Liverpool on their way along a journey that ended with a sixth European Cup being claimed in Madrid.

It’s far too early to make any assertions over what Klopp’s side can achieve this time around.

But with Atletico Madrid and Porto playing out a goalless draw in Group B’s other game, the Reds have claimed an early advantage ahead of their trip to Portugal in a fortnight.

This, then, is why Liverpool scrapped so hard for that top-four finish last season when the odds seems stacked so heavily against them.

“The dream was over at one point,” recalled Klopp. “The boys made it happen. We shouldn't waste any time to not enjoy it.”

It looks like it’s going to be one of those seasons in the Champions League for Liverpool.