What it really means as Covid cases fall for fifth day 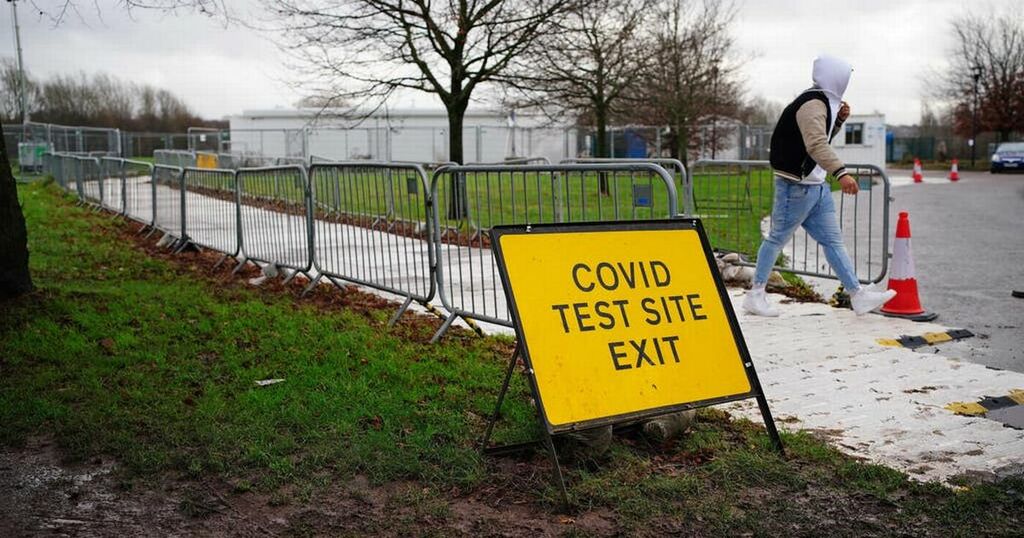 The number of new cases of Covid-19 reported daily in the UK has fallen for five days in a row – but it is too soon to know for sure if this means the Omicron-driven surge has peaked.

Any impact on the spread of the virus from children going back to school after the Christmas break, or from people returning to work after the new year, has yet to become clear.

The figures for new cases are likely to be influenced by how many people are actually taking lateral flow tests and reporting the results, while the time taken for specimens to be processed and reported by laboratories has been affected by the huge volume of tests being handled.

The number of cases being reported each day has been disrupted by the Christmas and new year holidays, which in turn has added to the backlog of cases being announced.

The day-on-day change in the total UK reported cases also masks changes in the separate nations and regions, with some areas of the country now behaving differently from others.

Looking at the number of new cases by specimen date – when a person actually tested positive, rather than when the case was reported – the rate of new cases has continued to increase in England and Northern Ireland but may have levelled off in Wales and Scotland.

Northern Ireland has the highest rate of the four nations, with 2,905.1 cases per 100,000 people in the seven days to January 4, according to Government data.

This is the highest rate for Northern Ireland since mass testing began in the UK in summer 2020.

Data for cases by specimen date after January 4 are incomplete, which is why the numbers for January 5 onwards are not included.

Further differences are evident when looking at case rates for individual regions in England, with the North West, North East and Yorkshire all now seeing higher rates than London.

Of the top 10 highest local authority case rates in England, seven are in north-west England (Allerdale, Barrow-in-Furness, Copeland, Halton, Knowsley, St Helens and Wirral) while the other three are in north-east England (Middlesbrough, Redcar and Cleveland and Stockton-on-Tees).

There is a similar north-south divide emerging in hospital numbers.

A total of 3,004 Covid-19 patients were in hospital in north-west England as of 8am on January 9, the equivalent of 69% of the region’s second-wave peak of 4,346 nearly one year earlier.

The percentages are much lower in other regions, however.

In London and the Midlands, hospital numbers are currently just under a half what they were at the peak of the second wave (49% and 48% respectively), while south-west England and eastern England are about a third (36% and 33%) and south-east England just 28%, according to analysis by the PA news agency.

London, south-east England and south-west England have all seen a drop in Covid-19 hospital patients in the last few days, while numbers have continued to rise in other regions.

Asked on Monday whether the current wave of cases is over in London but not elsewhere in the country, Graham Medley, professor of infectious disease modelling at the London School of Hygiene and Tropical Medicine, told BBC Radio 4’s Today programme: “I think that at the moment the testing capacity issues, and the Christmas and the new year, mean that we can’t really rely on cases to tell us what’s going to happen exactly.

“At the moment we are seeing a relatively high number of admissions; how long that continues, whether that goes up or goes down, I think is unknown at the moment.”

Most regions have seen a week-on-week fall in hospital admissions, though the numbers have dropped only slightly and the long-term trend is not clear.

What is clear is that the number of Covid-19 hospital patients in England in mechanical ventilator beds remains low, with 704 recorded on January 9, down from 769 a week earlier and below the number on December 1 (773).

This reflects a major difference between the current wave and the wave that hit the UK one year ago.

The current peak is “about expanding general and acute beds for large numbers of people with much milder disease symptoms”, he tweeted on Saturday.

The most comprehensive snapshot of how many people in the UK are likely to have Covid-19 can be found in the weekly infection survey from the Office for National Statistics (ONS) – and this too suggests there are now different trends in the nations and regions.

While all parts of the country likely had a record level of infections in the week to December 31 – the latest available estimate – in London there were “early signs in the last few days of 2021 that infections may no longer be increasing, but it is currently too early to suggest if this is a continuing change in trend”, the ONS said.

London also saw the smallest week-on-week growth in infection rates, up slightly from 8.4% to 8.8%.

Northern Ireland had the lowest percentage of people who were estimated to have Covid-19 in the week to December 31 (4.0%) while England had the highest (6.0%), a reverse of the picture suggested by the data for case rates, with Wales on 5.2% and Scotland 4.5%.

The infection survey is based on a sample of swab tests collected from households across the UK and estimates the prevalence of Covid-19 within the entire community population, regardless of when people caught the virus, how long they have had it, and whether they have symptoms.

By contrast, the number of cases of Covid-19 reported each day by the Government includes only those people who have newly tested positive for the virus, and is therefore affected by how many people are coming forward for tests, or who are taking a test because they know they have coronavirus symptoms.

Results from the next infection survey are due to be published on Wednesday and this will give the most reliable guide to if – and where – the current surge in coronavirus has peaked.