What is the pensions triple lock? Why Tory pledge has been broken for 12million Brits 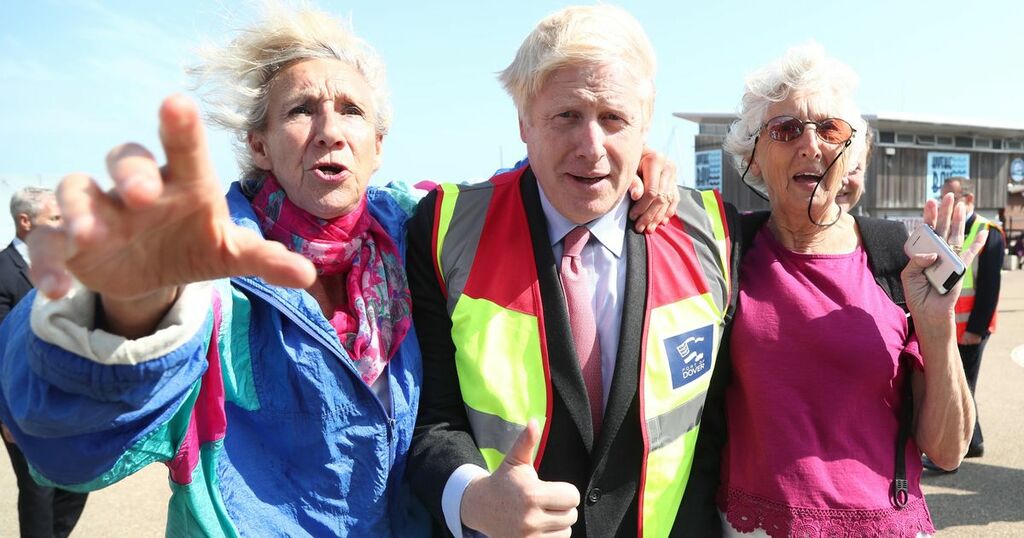 Boris Johnson faces a political storm over one of his most totemic and expensive policies - the pensions triple lock.

Ministers today confirmed the lock has been scrapped for next April - despite being a solemn promise in the 2019 Tory manifesto.

Instead, the state pension will rise by the highest of 2.5% or inflation - in reality then, 2.5% or slightly higher.

It's because a quirk of Covid meant pensioners would have got a 8% rise in payments in April 2022, while other Brits got far less.

Today's change means pensioners won't get a massive hike while public sector wages are frozen and Universal Credit cut by £20 a week.

But it means more than 12million pensioners will now get less than they were hoping under a Conservative pledge.

You've probably heard the phrase 'triple lock' a lot but seldom been given an explanation of what it means, or why it's become an issue.

So we've decided to explain those issues in a nutshell:

What is the pensions triple lock?

The 'triple lock' has run since April 2011 and guarantees bumper pension rises each year.

Under the policy, state pensions rise every April by whichever is highest out of:

It was actually proposed by the Lib Dems in the 2010 election but became policy as part of the Coalition deal.

Since then, Tory governments have taken on the triple lock as their own and repeatedly pledged to keep it, including in the 2019 general election.

Why has it been axed this year?

The specific way the triple lock is calculated has posed a massive problem due to Covid.

In May-July 2020, average weekly earnings actually FELL by 1% compared to the same period in 2019 - partly because so many people were on 80% or less of their usual pay due to furlough.

This means average weekly earnings are now "artificially" bouncing back this year as people come off furlough.

In April-June 2021, earnings grew by a whopping 7.4% compared to the same period the year before.

This steep rise doesn't mean Brits are wildly richer than before Covid.

But it means pensioners will enjoy the full "bounce back" at a cost of billions to taxpayers - even though they didn't share in the fall last time around.

In April this year, pensioners got a 2.5% rise while working-age benefit claimants (based on inflation) got just 0.5%.

Work and Pensions Secretary Therese Coffey said the triple lock was using a “distorted reflections of earnings growth” this year, and the suspension is to stop pensioners "unfairly benefiting from a statistical anomaly".

Has the triple lock been axed completely?

No - at least, that's not what the government claims.

Work and Pensions Secretary Therese Coffey today said the triple lock is being suspended only for rises in 2022/23.

In April 2023, she claimed in the Commons, pensions will rise by the triple lock again.

She said: "We can and will apply the triple lock as usual from next year for the remainder of this Parliament, in line with our manifesto commitment."

Is this a broken promise?

Yes, but at the same time, the circumstances (above) were very unusual.

The 2019 Conservative manifesto said bluntly: "We will keep the triple lock."

The Prime Minister's spokesman said in June 2021: "We made a commitment around the triple lock.

"The government made a commitment at the last election, and plans to stick to that commitment."

But the spokesman later refused to make the same commitment, saying: “We recognise the legitimate concerns about potentially artificially inflated earnings impacting the uprating of pensions.

“Any decision on future changes to the triple lock will be taken at the appropriate time based on the latest data.

“And of course we will continue to support older people while ensuring future decisions are fair for both pensioners and taxpayers.”

Is the triple lock fair?

It's a political choice. Whether it is fair depends on your opinion.

Many say pensioners have paid into the system for decades, and deserve to be treated with dignity and the guarantee of a good life. Others argue pensioners should share the burden of cuts when cuts do come, and point out that today's young people won't enjoy the same standard.

What's not in doubt is that pensioners have done pretty well out of the triple lock compared to cuts elsewhere in public life.

The basic state pension's value as a percentage of average earnings fell dramatically under Margaret Thatcher, from a peak of 26% in 1979 to 16% between 2000 and 2007.

But it's since risen from 17% to to 19% of average full-time earnings by 2020 thanks to the triple lock, despite cuts elsewhere.

So while pensions are not worth what they once were, they've risen steadily throughout a decade of Tory austerity.

And essentially, that means working-age taxpayers are currently forking out more as the years go on to support the pensioner population.