What is the future of Swansea city centre? 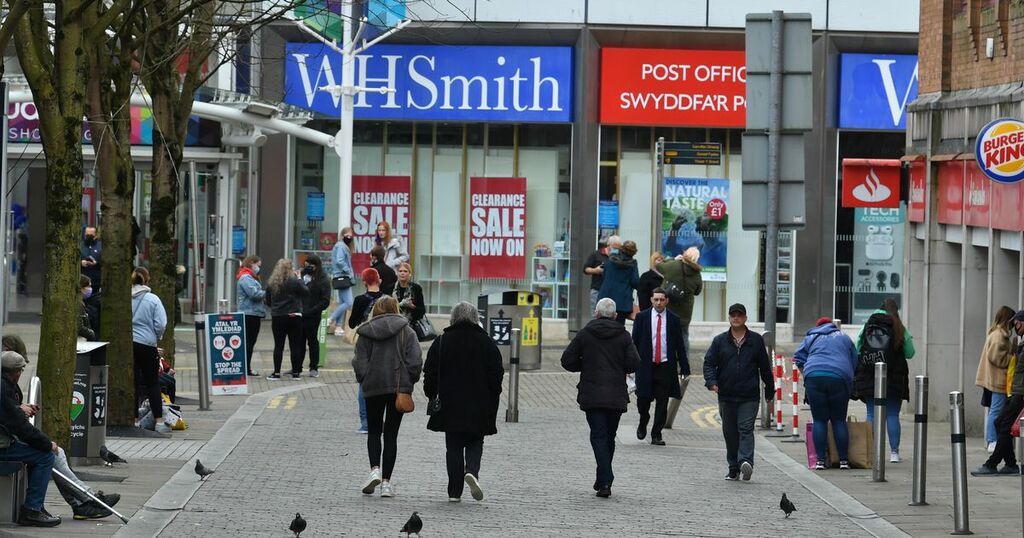 A Swansea retail expert has warned that things are likely to get worse for Wales' high streets.

Laura James, a manager of retail growth at University of Wales Trinity Saint David, was commenting following the news that Next will be quitting it's Oxford Street store in a big blow to the city. It will join a long list of names to depart the city including Debenhams, Dorothy Perkins, Burtons, Topshop, Accessorize, Animal and The Disney Store.

Swansea's plight is similar to other city centres, with the impact of the Covid pandemic and lower footfall with many workers now based at home, affecting the viability of high streets.

There are ambitious new plans to help transform Swansea alongside new shops and cafes being planned as part of Swansea's Copr Bay project, and Swansea Council's leader has run off a long list of other measures he hopes will breathe life into the city centre.

But Laura said retailers needed to adapt in order to survive and that the departure of Next was "inevitable". She argued there had been a "shift" in customer behaviour in how they shopped. Online shopping accompanied by the pandemic had dynamically transformed the way in which people consumed goods.

"The pandemic accelerated this change in consumer behaviour faster than some retailers could keep up with. However, many smaller independent shops began to grow and thrive as they understood their customers' needs and adapted to them as they developed" she said.

As independent shops began to grow and thrive, Laura argued more change could face high end retailers if they struggled to adapt to this new shopping behaviour.

"Inevitably, there has been less footfall in the high street over the last two years and this will continue to show lower numbers than pre-Covid for some time to come. However, this is now the opportunity for a new era in retail- one which sees new hybrid retailers emerge and thrive, one which welcomes the consumer back onto the High Street for a new shopping experience."

Despite the ongoing warning that more retailers could soon shut their doors, Laura emphasised that some retailers had blossomed on the high street thanks to their online presence.

"That is the way forward in this new era of retail. The pandemic has shifted consumer attitude towards busy shopping centres, but not so much that this cannot be reversed with reassurance and investment into these shopping centres."

Shoppers voiced their thoughts about the city centre earlier this week.

Geraint Phillips, 47, who lives in Swansea Marina, said he thought the city centre had gone "downhill", adding that there weren't a great deal of shops" on offer, and emphasising that he usually visited Cardiff when he wanted to shop for clothes but still appreciated the city for its independent stores.

Other shoppers argued the high street was substantially better in previous years. Sarah Breslin, 35, from Mumbles said the centre was stuck in the past, emphasising "it's not very current", and adding that with Debenhams closing in May this year there was a lack of "good quality" on offer.

Despite the newest addition of popular toy shop 'The Entertainer' which is coming to the Swansea Quadrant shopping centre, some shoppers have still criticised the lack of children's toy shops in the build up to Christmas.

Townhill residents Nicola Harris, 51, and Trevor Ward, 55, both argued "there isn't much point" coming to the high street for shopping, claiming there was a notable lack of toy shops and men's clothing retailers following Next's departure.

However, not all shoppers shared the same view.

Sixty-year-old Jonathon John acknowledged the high street had its difficulties with outlets out of town competing for the footfall but argued he was "optimistic for the future" following the developments and proposals coming as part of Copr Bay.

Amanda Bidwell, 55 from Hafod, argued there was still plenty on offer within Swansea's city centre with plenty of variety.

Find great options for your family in your local area:

Swansea Council leader Rob Stewart said city centre retail was changing across the UK due to online shopping, Covid and other issues.

“Swansea is up for the challenge this brings - and is leading Wales out of the pandemic. Our city centre’s £1bn regeneration, being delivered by the council, recognises that things are changing. It’s responding strongly to the challenges and the public is excited by developments such as the arena," he said.

“Many more people are now living in the city centre, bringing new footfall and opportunities for business. New businesses – including retail stores - are opening across the city centre and the £135m Copr Bay district will open soon, attracting tens of thousands of visitors to the arena, parkland and new local businesses such as the café/restaurant in the coastal park.

“We’ve also just appointed a world-class preferred development partner - Urban Splash - to regenerate other key sites such as the Civic Centre site and Swansea Central North, next to Copr Bay – and we’re considering how best to retain the former Debenhams building as a retail unit, boost market trade by improving its entrances, enhance the look of key city gateways, introduce a new street food market and create a new public area for families at the Oxford Street-Portland Place junction. This will respond to changing retail habits by generating a mixed-use city centre that attracts more people.

“The Kingsway is now more pedestrian-friendly, and the market is being improved, Wind Street is being regenerated as an all-day destination, and we plan to revitalise Castle Square with more greenery and more reasons to visit. The former BHS building is being repurposed as a community hub, and the Palace Theatre building and the Albert Hall are being brought back to life. All these schemes will attract more people and more spending power to the city centre

“The council is developing an environment for businesses to thrive – and we’re confident local traders will innovate to continue offering the public what they want. Business are supporting our efforts by investing in the city and proving new experiences for local people.

“Swansea’s future is very bright indeed – it’s quickly becoming a place where people want to live, work, study and enjoy quality free time. The council are leading on regeneration – and the public and businesses are responding enthusiastically.”

Russell Greenslade, chief executive of Swansea BID (Business Improvement District) said: “High streets across the UK have been going through major changes for a number of years – in line with the ongoing shifts in the shopping habits, working habits and leisure pursuits of the population.

"It would be irresponsible to stick our head in the sand about this, all stakeholders are well aware of these changes, and we make and enact strategies to meet these changes intelligently.

"We are particularly proud of the steady and ambitious investment that our city centre businesses have made in recent years – and throughout very challenging times – to upgrade their businesses and to prepare for the exciting future that Swansea is facing.

"Swansea BID has worked very hard to support its businesses in facilitating financial support, free staff training, promotion, cost reduction schemes and a number of other key initiatives. Let’s not overlook the fact that the local authority and its development partners are delivering an unprecedented £1bn regeneration programme that will bring increased footfall into the city centre.

"Now is the time to be positive and to support the businesses and the jobs and livelihoods they provide, and the city centre we value, instead of falling into an ongoing cycle of very damaging negativity.”

What do you think of shopping in central Swansea? Have your say in the comments below

To get the latest email updates from WalesOnline subscribe to our Swansea newsletter here.