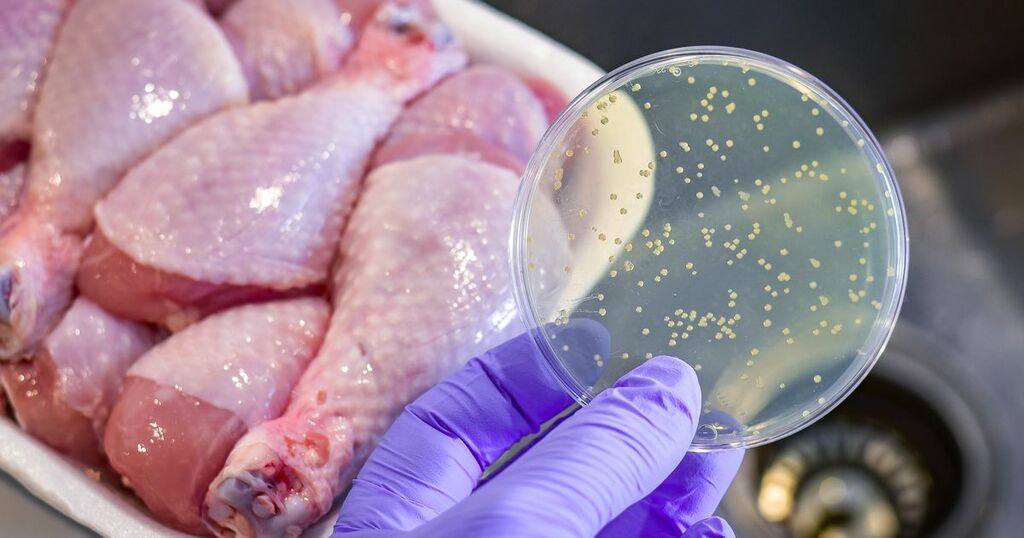 Salmonella food poisoning symptoms - what to look out for after supermarket 'do not eat' chicken recall
Aldi, Sainbury's, M&S and Waitrose are among those who have issued "do not eat" warnings to customers

People have been warned to be on the lookout for signs and symptoms of the stomach bug as Aldi, Sainsbury's,…

The Food Standards Agency (FSA) has issued a warning regarding a salmonella outbreak in the UK.

Pret A Manger is one of a number of high street cafes and supermarkets that has recalled or removed products containing chicken from its shelves due to concerns over salmonella.

The popular sandwich franchise joins Waitrose, Marks & Spencer, Sainsbury’s, Tesco and Aldi in taking the “precautionary measure”. Aldi was the first to recall four chicken products on Tuesday due to the “possible presence of salmonella”.

But what is salmonella and how can it harm you? Here’s everything you need to know.

Salmonella is a type of bacteria that causes food poisoning.

It’s typically found in the gut of many animals and is, therefore, present in foods consumed by humans.

The highest risk products tend to be animal products, such as raw meat, unpasteurised milk, undercooked poultry and eggs, but salmonella can also contaminate fruit and vegetables through fertiliser used on crops.

How does it spread?

The commonest way people contract salmonella is by eating contaminated food or drinks.

An infected person may also contaminate foodstuffs if proper hygiene advice is not followed. Germs can also be spread by using the same utensils or chopping boards for different products, e.g. meat and vegetables.

The usual time from picking up salmonella to becoming ill is between six hours and three days, but it can be longer. Illness commonly occurs within 12-36 hours.

Symptoms usually clear up within three to seven days, but some people take longer to recover fully.

The condition can be particularly serious for children under five-years-old, the elderly and those with compromised immune systems.

How can you avoid salmonella?

It adds that we should wash hands thoroughly with soap and water, particularly when we:

Are about to prepare or eat food

Have gone to the loo

Have any sort of contact with pets or animals

Salmonella food poisoning symptoms - what to look out for after supermarket 'do not eat' chicken recall
Aldi, Sainbury's, M&S and Waitrose are among those who have issued "do not eat" warnings to customers

People have been warned to be on the lookout for signs and symptoms of the stomach bug as Aldi, Sainsbury's,…