What is ‘Polexit’, and why are the EU worried about it? 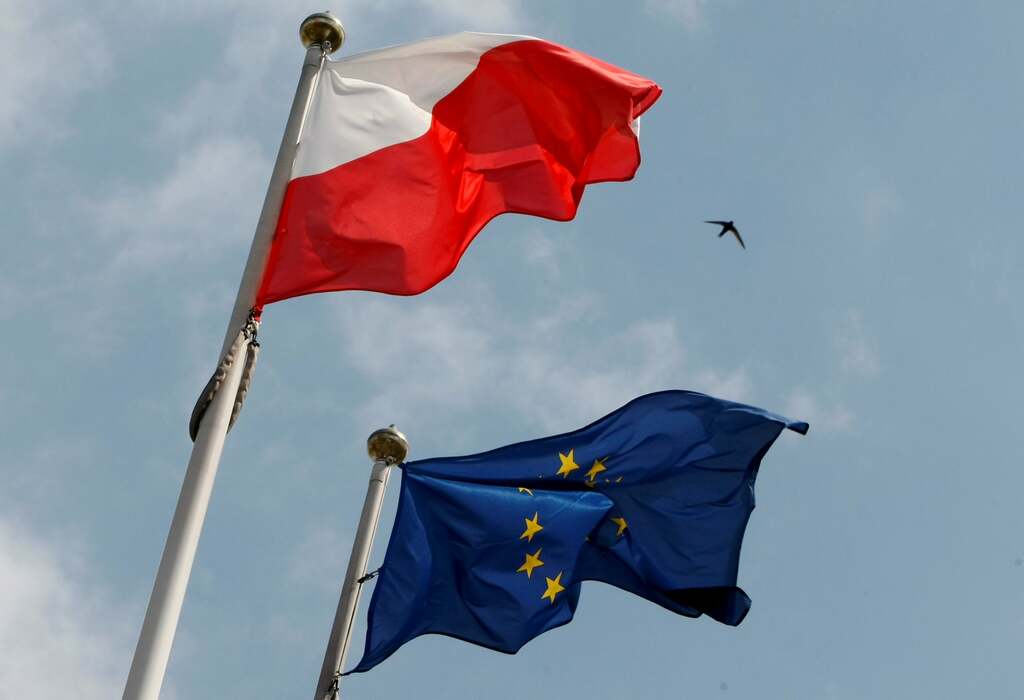 If you thought the ‘British Exit’ (or rather, ‘Brexit’) was a logistical nightmare and a terrible portmanteau, then get ready for another potential headache, as there’s speculation that Poland could be next to leave the European Union – in a move which has already been given the irritating nickname of ‘Polexit’.

Talk of the country maybe waving bye-bye to the bloc in the future follows a ruling by Poland’s top court – the Constitutional Tribunal - on Thursday, which said that some of the EU’s laws are “incompatible” with the state’s constitution.

The case was brought forward by Poland’s prime minister Mateusz Morawiecki, while the court itself is considerably loyal to – and influenced by – the ruling right-wing Law and Justice party, according to reports.

Naturally, the decision has raised questions around sovereignty, integration and the level of influence that the EU can (or should) have over a member country – you know, all the same arguments we had to endure back in 2016…

No prizes for guessing that the European Union was not happy with the court’s decision, with Ursula von der Leyen, the European Commission president, saying in a statement on Friday that she was “deeply concerned” by the ruling.

“I have instructed the Commission’s services to analyse it thoroughly and swiftly. On this basis, we will decide on next steps.

“The EU is a community of values and laws. This is what binds our Union together and makes it strong. We will uphold the founding principles of our Union’s legal order. Our 450 million Europeans rely on this.

“Our utmost priority is to ensure that the rights of Polish citizens are protected and that Polish citizens enjoy the benefits granted by membership of the European Union, just like all citizens of our Union,” she said.

Ms von der Leyen concluded with a reminder that the EU’s treaties are “very clear” – that European Court of Justice (ECJ) rulings are binding on member states and their courts, and that EU law has “primacy” over national laws.

Fellow member states have also spoken out against the judgment, with France’s Europe minister Clement Baune telling the BFM-TV broadcaster on Friday: “It is very serious … There is the risk of a de-facto exit.

“This is an attack on the EU by a constitutional court that was modelled by the Polish government.

“This is a highly political topic that adds to a long list of provocations aimed at the EU,” he said.

It sure isn’t the first time that Poland and the EU have ruffled each other’s feathers.

Poland’s Turów mine was granted permission by the government to mine for lignite until 2026, a decision which was then referred by the Czech Republic – whose border is close to the mine – to the European Commission in September 2020, with the view that Poland had violated several elements of EU law. The European Commission later reached a decision criticising Poland for their actions.

In May 2021, the vice president of the ECJ granted an interim order for Poland to stop extracting lignite in the Turów mine. A month later, the Czech Republic applied to the court again asking that the country be fined daily for its failure to meet the requirements of the order. Poland filed an application asking for the court to cancel the aforementioned interim order in response.

Then, last month, the court’s vice president rejected Poland’s request, instead ordering that Poland pay the EU Commission €500,000 a day until they complied with the interim order.

On the same day the vice president’s judgment was issued, Poland’s government published a statement saying they would not close down the mine, arguing that to do so would “threaten the stability of the Polish power system”.

“It would have a negative impact on the energy security of millions of Poles and the entire European Union. Its closure would also mean huge problems for everyday life.

“The Polish government is seeking an amicable resolution of the dispute with the Czech Republic and respects the interests of the local community.

“No decision of the Court of Justice of the EU may affect areas relating to the fundamental security of the Member States. Energy security falls precisely within this area,” they said, describing the daily fine as “disproportionate”.

Elsewhere, Poland’s decision to set up a “disciplinary chamber” for judges didn’t please the European Commission either, as they wrote in April 2020 that the country’s new judicial law “undermines the judicial independence of Polish judges and is incompatible with the primacy of EU law”.

“Moreover, the new law prevents Polish courts from directly applying certain provisions of EU law protecting judicial independence, and from putting references for preliminary rulings on such questions to the Court of Justice.

“After carrying out an analysis of the legislation concerned, the Commission concluded that several elements of the new law violate EU law,” they said.

The Commission issued a statement in September saying it had requested that the Court of Justice once again issue daily fines on the country. They go on to state that the “disciplinary chamber continues functioning”, despite Poland saying in August that it would comply with a court order and dismantle the disciplinary chamber.

The ongoing judicial disputes is what led to the latest ruling by Poland’s constitutional tribunal this week, and last month, the country’s finance minister Tadeusz Koscinski argued the conflict should be “decoupled” from the issue of recovering from the pandemic.

The country is still looking for billions of euros of financial support to deal with the global health crisis, but the European Economic Commissioner, Paolo Gentiloni, said in September that the dispute over the primacy of EU law is holding up funds.

Poland went on to accuse the Commission of “blackmail” as a result.

With all these spats and bickering, you’d be forgiven for thinking that Poland may be contemplating a departure from the European Union – not least when it comes to judicial independence, which has been described as a “legal Polexit”.

However, France24  reports that Jaroslaw Kaczynski, head of Poland’s ruling party, previously said that they only wanted an end to “interference” from the bloc, and not to exit it completely.

“There will be no Polexit … We unequivocally see Poland’s future in the European Union.”

Yet, deputy speaker Ryszard Terlecki called for “drastic solutions” to the Poland-EU dispute, pointing to Britain’s departure as proof that “the dictatorship of Brussells bureaucracy does not suit them”.

Whether Poland will follow our lead, though, remains to be seen.