Monkeypox: Can it be treated and how worried should we be?

As the world continues to battle COVID-19 and many countries look at ways to recover from the pandemic, a new virus is making headlines worldwide.

The monkeypox virus is now thought to be nearing 100 cases in 12 countries, and more are expected as surveillance is stepped up. The first case of this current outbreak was detected in the United Kingdom on May 7, and so far, infections have been confirmed in nine European countries: the UK, Spain, Portugal, Germany, Belgium, France, the Netherlands, Italy and Sweden, as well as the United States, Canada and Australia.

Although the first case detected in the UK was linked to travel to Nigeria – which reports about 3,000 monkeypox cases a year – subsequent cases have not been tracked back to Africa, puzzling many scientists and doctors.

What is unusual about the current outbreak is that cases are being diagnosed in countries where monkeypox is a rare occurrence, and the fact that many cases being identified are not linked to Western and Central Africa makes this outbreak unprecedented.

Monkeypox is caused by a virus endemic to tropical parts of Africa. Despite its name, monkeypox is rarely spread through infected monkeys, but is more common in rodents such as squirrels, rats and mice. The virus is known as zoonotic – meaning it is spread to humans through infected animals via blood, infected fluids or lesions on the animal.

Human-to-human transmission can result from close contact with respiratory secretions, skin lesions of an infected person or recently contaminated objects. Transmission via droplet respiratory particles usually requires prolonged face-to-face contact, which puts health workers, household members and other close contacts of active cases at greater risk. Whether the virus can be spread via the airborne route is currently under investigation, though currently there is no evidence to support this.

Although first identified in laboratory monkeys in 1958, monkeypox was first identified in a human in 1970 and is a disease usually confined to parts of Africa, being most common in rural parts of the Democratic Republic of the Congo, though outbreaks have been reported in Gabon, Cote d’Ivoire, Liberia, Nigeria, Benin, Cameroon, Sierra Leone and South Sudan. The first outbreak outside of Africa occurred in 2003 affecting people in the US; it was linked to infected pet prairie dogs that had been imported from Ghana and housed with infected rodents. Since then, there have been small numbers reported across the globe, linked to travel.

Initial symptoms of monkeypox include fever, headache, muscle aches, backache, swollen lymph nodes, chills and exhaustion. A rash can develop, often beginning on the face, then spreading to other parts of the body including the genitals. The rash changes and goes through different stages – initially it can be a fluid-filled blistering rash that resembles chickenpox or syphilis, before finally forming a scab that later falls off. Most people recover from monkeypox in a few weeks without treatment.

The diagnosis is usually a clinical one, meaning the signs and symptoms are enough for clinicians to make the diagnosis without the need for tests. However, if monkeypox is suspected, clinicians should take a sample of fluid from one of the lesions and send it to the lab for a polymerase chain reaction (PCR) test in order to confirm the diagnosis. Blood tests are not thought to be as accurate and should not be used routinely.

The monkeypox virus is part of a family of viruses known as “DNA viruses”. Unlike the SARS-CoV-2 virus that causes COVID-19, which is an RNA virus, DNA viruses mutate at a much lower rate as they are better at identifying errors in their genetic makeup and correcting them during the replication process. This is important as it will help scientists better understand why the current outbreak of monkeypox is happening – has the virus itself changed or is it just in the right place at the right time? It is too early to be sure. The current strain is thought to be related to a strain usually found in West Africa, which is associated with mild symptoms and a low death rate, around one percent.

Who is being infected?

This outbreak certainly feels different to previous outbreaks outside of Africa.

Aside from the initial cases, many of the people infected have no links to travel or to anyone from Africa. Unusually, the virus has been detected in a disproportionate number of men who have sex with men. Monkeypox is not known to be a sexually transmitted virus, but sexual contact would constitute as close contact, one of the main routes by which the virus is known to spread.

It may be that members of the LGBTQ community are better at getting sexual health checks, so the virus is simply being picked up more here than in the heterosexual community. Whatever the reason, it remains important that nobody who is infected is stigmatised, both for their wellbeing and to help continue to monitor cases and outbreaks.

Increased travel after a period of travel restrictions during the COVID pandemic may also be a factor.

What is concerning is that the cases being found across Europe and the world are not linked, meaning there is a missing piece to the puzzle in how this virus is being spread.

Is there any treatment or a vaccine available for monkeypox?

For the vast majority of people, signs and symptoms of monkeypox will resolve on their own, without any treatment. Rest, plenty of fluids and good nutrition are all that are usually required.

The risk of serious illness may be greater in pregnant women, children and those with weaker immune systems.

Currently, there is no specific vaccine available for monkeypox, however, the smallpox vaccine has been shown to offer 85 percent protection against monkeypox. At the present time, the original (first-generation) smallpox vaccines are no longer available to the general public. Scientific studies are now under way to assess the feasibility and appropriateness of vaccination for the prevention and control of monkeypox. Some countries have, or are developing, policies to offer vaccines to people who may be at risk such as laboratory personnel, rapid response teams and health workers.

An antiviral agent known as tecovirimat that was developed for smallpox was licensed by the European Medical Association (EMA) for monkeypox in 2022 based on data in animal and human studies. It is not yet widely available.

Understanding how this current outbreak is spreading will be key to breaking the chain of transmission and getting numbers under control. Going forward, our relationship with animals needs to be evaluated. Zoonotic spread of viruses will continue to cause concern while we encroach on the environments of wild animals, and handle them as part of science, the food and the pet trade.

How worried should we be?

Most scientists agree that this current outbreak of monkeypox, though important to understand, is unlikely to cause another pandemic akin to SARS-CoV-2.

This is not a new virus, we have known about it for many years and have a good understanding of its structure and replication process. We already have a good vaccine available in the form of the smallpox vaccine and treatment options, should we need them. The virus spreads more slowly than the COVID virus and most people exhibit symptoms, including a distinctive rash which is easier to recognise than some of the vague symptoms COVID causes. This means we can identify those who are infected and vaccinate or isolate their close contacts if needed.

There is, however, some concern that as summer approaches and large gatherings such as festivals and conventions become more common, close contact is likely to occur and the virus may spread.

But even with the virus exhibiting some new behaviour and the distinct likelihood that more cases will be identified over the coming weeks and months, there is no reason to panic.

The World Health Organization has started holding daily emergency meetings on the infection and continues to monitor the situation globally. There is much more to be understood about this current outbreak and although this is not another COVID, more research and subsequent prevention strategies need to be put in place to prevent the virus from getting a foothold. 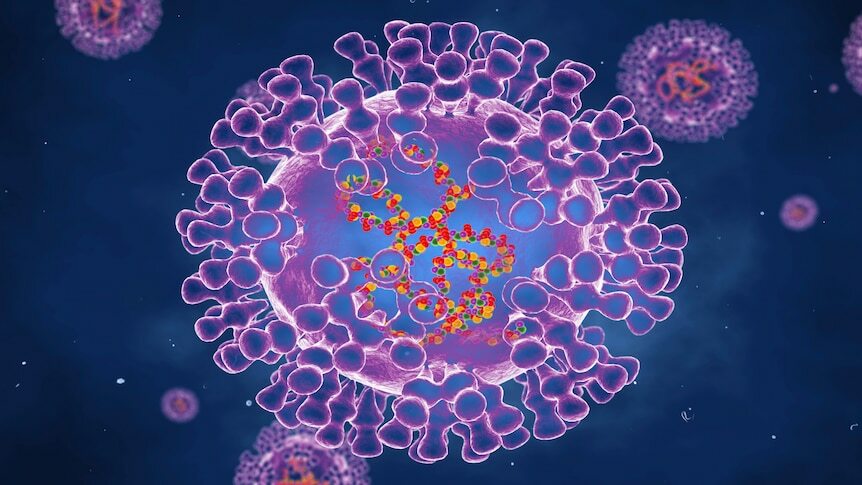 Monkeypox: What are the symptoms, how does it spread, and how worried should we be?
An unusual outbreak of monkeypox has now spread to at least 15 countries. Here's what we know about the disease,…

ABC News
One subscription that gives you access to news from hundreds of sites
How worried should you be about monkeypox?

The Independent UK
Should India be worried about monkeypox?

The world is facing a new medical challenge, the emergence of monkeypox. No case has been reported in India yet,…