What if the US response to 9/11, with all its multiplied hatreds, had been different? 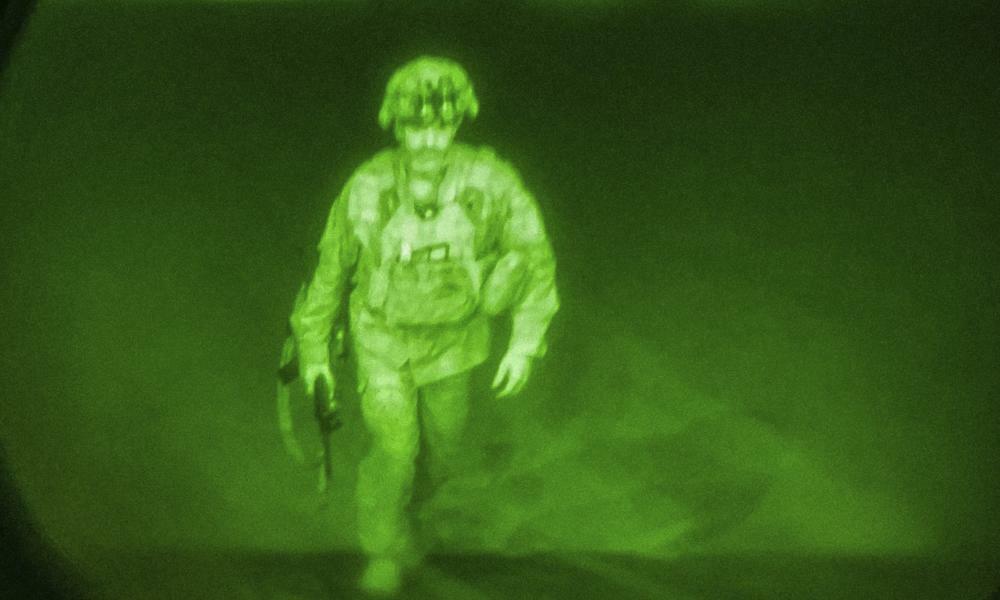 In London that day, writing for daily newspapers for an Australia mostly asleep during the attacks on the twin towers and the Pentagon, watching the TV live when the second aircraft struck, the myriad hot media and political takes about what it meant and what must happen next only added to confusion.

There seemed but one certainty on that day when the terrorists turned passenger jets into ballistic missiles against America. It was that the United States, always the righteous, ever the good, would retaliate disproportionately against whoever was responsible.

You’d think, two decades later, the US might’ve re-thought its dictum that its stick must always be biggest. But no. There was a newly-minted president as the door closed on a 20-year Afghanistan war that 9/11 blew open, vowing to the puppeteers of Kabul airport suicide bombers, “We will not forgive, we will not forget. We will hunt you down and make you pay.”

A drone strike. More dead. More hatred to reinforce the hatred that cultivated the perverted ideology that led to 9/11 in the first place.

In the days after 11 September 2001 the millions of printed and broadcast words became a mental blur. This was the turning point. The seminal moment in global history. History would from now be divided into a new for us or against us type of “pre-history”: pre- and post-11 September 2001.

Every day the newspapers would land with a “thunk” in a six-inch wad on our doorstep. The geopolitical punditry was overwhelming. Mind-numbing. Cheer squads for and against vengeful attacks. Conspiracies and counter-conspiracies about who was responsible.

The Guardian, sensing the appetite for a humanistic perspective on a United States in grief and anger – and, therefore, a world in chaos and greater imminent danger and fear – gave us the thoughts and insights of novelists in Writers on 9/11.

That became the only take I wanted.

Would Australians have been killed in domestic terror attacks and those abroad, such as the Bali bombings?

One piece sticks in my mind. I returned to it this week because of the impression it had left. It’s some piece of newspaper writing that stays with you for two decades.

Then again, it was Martin Amis, who for his truly good and at times seismically awful takes (as he would prove in other essays and interviews about 9/11) is usually anything but forgettable.

Fear and loathing, his piece was called. Well, yes. It was replete, as you’d expect, with the usual (critically divisive, often enviable) Amis literary gymnastics and fabulous powers of evocation with dry-ice lines of such understatement as this about how “a score or so of Stanley knives produced two million tons of rubble”.

And so much else.

It was this particular paragraph that stuck with me most for two decades:

What are we going to do? Violence must come; America must have catharsis. We would hope that the response will be, above all, non-escalatory. It should also mirror the original attack in that it should have the capacity to astonish. A utopian example: the crippled and benighted people of Afghanistan, hunkering down for a winter of famine, should not be bombarded with cruise missiles; they should be bombarded with consignments of food, firmly marked LENDLEASE – USA. More realistically, unless Pakistan can actually deliver Bin Laden, the American retaliation is almost sure to become elephantine. Then terror from above will replenish the source of all terror from below: unhealed wounds.

And, so, the elephantine response came to pass. The now mythical American exceptionalism (exposed by both 9/11 and America’s defeat in Afghanistan 20 years later) demanded it.

So what, it pays to ask, would have happened and where might we be these 20 years after that seismic day had America taken the utopian Amis road and blasted the Taliban with food packages and aid instead of with hundreds of thousands of troops, and millions of weapon rounds and bombs (as near-impossible as everything that has happened makes this to imagine)? Or it had chosen just about any other less elephantine (that word again) response?

I’m writing for Australia here, so it pays to be parochial. It’s also necessary given the undue haste by which Australia followed America from the ground floor of Ground Zero on its cold vengeance/“war on terror” track. John Howard, in Washington that day 20 years ago, was out defending his legacy on it all this week, unrepentant, mostly ... except for a few apparent regrets when it came to invading Iraq on that dodgy pretext that Saddam harboured weapons of mass destruction for future terrorist acts.

Today it’s possible to ask questions about the conduct and consequences of the war on terror that, by implication of the powerful, not too long ago rendered some journalists, politicians and public intellectuals somehow suspect or sympathetic to the terrorists. With the passage now of two decades, coinciding with the retreat from Afghanistan into greater global non-exceptionalism of a defeated America (and Australia et al), it somehow seems OK to ask them.

Would such harsh Australian political bipartisanship on most aspects of the inhumanely harsh treatment of asylum seekers – especially those from the Middle East – have so toxically come to pervade our public policy and discourse? Even after Australia had scurried pre-emptively out of Afghanistan, leaving those who’d helped its arguably pointless war effort to the whim of the vengeful Taliban, remember the federal government was still demonising as potential terrorists those we should now be harbouring.

Would so many Australians have been killed in domestic terror attacks and those abroad, such as the Bali bombings?

Would Australia have given rise to – and allowed its polity and media to inflame – such widespread Islamophobia as led to the 2005 Cronulla riots?

We’ll never know due to the exceptional American response to 9/11, for all its multiplied hatreds and unhealed wounds.

And from where might the necessary but elusive healing come? With the weary world in the python grip of another even more more deadly and divisive cataclysm that stems from humanity’s mistreatment of the planet, the zoonosis, Covid-19, that critical question seems far too challenging to even contemplate.