What Happened To What If’s Lost Gamora Episode? 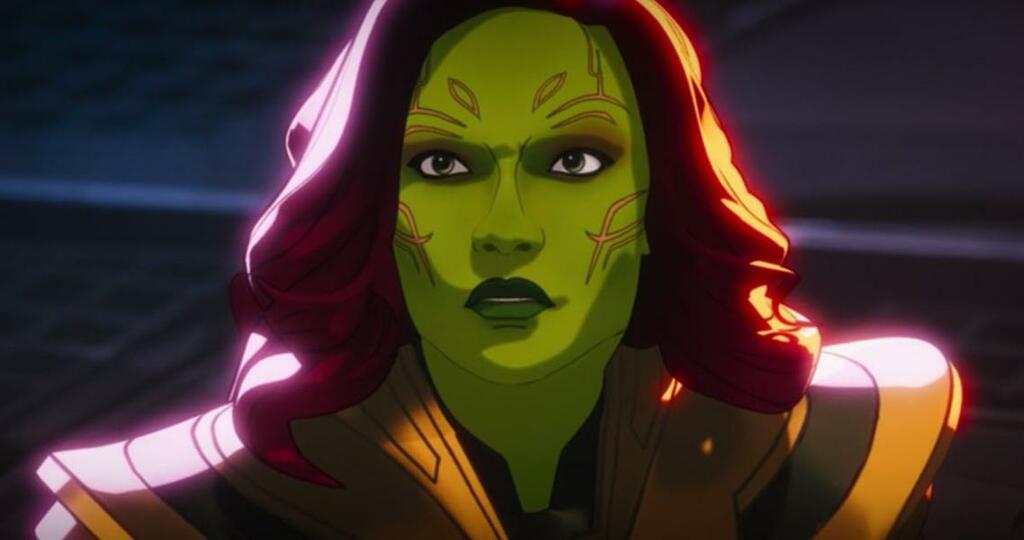 I was confused, like many Marvel fans were, after watching yesterday’s What If…? finale. All the promo images featured Gamora wearing Thanos armor, and she was a pretty big part of the pre-launch marketing for the series alongside Captain Carter and T’Challa Star Lord. And yet, this was not her episode, this was a big crossover event as different characters from different universes teamed up to fight Infinity Stone Ultron and save the multiverse.

This included Gamora, who was plucked by the Watcher from her universe alongside Tony Stark wearing huge Iron Man armor, but it’s clear something was weird here. Who was this Gamora and Tony? Did we skip an episode somewhere?

We did, in fact, skip an episode.

There were supposed to be 10 episodes of What If…? this season, including an episode that starred this version of Gamora and Tony Stark. But because of, you guessed it, COVID problems, this episode will not air until season 2 of What If…? arrives (which has already been greenlit).

Polygon spoke to creator AC Bradley about what happened here, who confirmed the COVID issues with production.

“Given the global tragedy of the pandemic, pushing an episode is nothing,” she said. “I only hope viewers have been entertained these last 9 weeks, and enjoyed the ride as much as I did.”

Notably, Gamora is one of the characters who is not voiced by her original voice actress, which would be Zoe Saldana. In Episode 9, she is voiced by Bosch actress Cynthia McWilliams. But what I’m not clear about is whether Saldana is one of the actors (like Chris Evans, Robert Downey Jr. or Scarlett Johansson) who did not reprise their voice roles for one reason or another, or if this is part of the COVID issue, where Saldana couldn’t record because of that specifically. Most of the rest of the “Guardians of the Multiverse” were indeed voiced by their original actors, including Chris Hemsworth, Benedict Cumberbatch, Hayley Atwell, Chadwick Boseman and Michael B. Jordan.

In any case, this does explain the strangeness of the finale, and perhaps why Gamora barely had any lines the whole time. We will see if Saldana returns for the role next season, and we already know she’s going to be showing up as alt-timeline Gamora in Guardians of the Galaxy Vol. 3.

So yeah, that was pretty weird, but I suppose it was better to push one episode than the entire season. I’d guess they may air this missing episode before the other batch of new season 2 ones a year from now, or whenever What If…? returns.