What happened in the Russia-Ukraine war this week? Catch up with the must-read news and analysis

Every week we wrap up the must-reads from our coverage of the Ukraine war, from news and features to analysis, visual guides and opinion.

Russian president Vladimir Putin led anniversary celebrations of the Soviet Union’s victory over Nazi Germany on Monday, as Russian forces intensified attacks on Ukraine in one of the deadliest conflicts in Europe since the second world war.

Daniel Boffey and Isobel Koshiw reported on anniversary festivities, including a fly-past over the nine domes of St Basil’s Cathedral in Moscow with supersonic fighters, strategic bombers and, for the first time since 2010, the Il-80 “doomsday” command plane, which would carry Russia’s top brass in the event of a nuclear war. The parade came two days after Russian forces bombed a village school in eastern Ukraine, killing 60 people.

Putin has repeatedly likened the war in Ukraine to the challenge the Soviet Union faced when Adolf Hitler invaded in 1941. He told Russian soldiers they were “fighting for the same thing their fathers and grandfathers did”, using his Victory Day speech to justify his invasion of Ukraine.

Shaun Walker analysed Putin’s list of grievances with the west, and noted that this year the invasion of Ukraine has made his message harder to stomach, even for many of his fans.

In an episode of Today in Focus, Moscow correspondent Andrew Roth told Michael Safi that the speech was revealing of Putin’s dilemma – one that could make or break his presidency and his legacy in Russia.

If he escalates the conflict, he stands more chance of winning the kind of victory he initially hoped for. But should that fail, he would face humiliation. Alternatively, he could claim victory now and seek to de-escalate the conflict. But would a limited, compromised declaration of victory be regarded as anything but a retreat?

Russian bombardment of Ukraine had intensified ahead of the parade, including a direct hit on a school in eastern Ukraine that killed dozens of people, Daniel Boffey and Isobel Koshiw report.

Final evacuees from Mariupol ‘didn’t think we would make it’

The convoy arrived in the south-eastern city of Zaporizhzhia after dark, carrying about 170 evacuees. There were 51 civilians who had been sheltering in the Azovstal complex, and about 120 others who had walked or hitched lifts across the city to a pickup point in a ruined shopping mall.

The journey of just over 200km (124 miles) took two days, as the convoy of buses was held for hours at Russian checkpoints and the hungry, weary residents inside were interrogated.

“I didn’t think we would make it out alive, so I don’t have any plans for my future,” said Natalia, who worked at the Azovstal plant and sheltered for more than two months in its network of bunkers.

She had fled with little more than a collection of drawings made by children in their shelter; she had organised drawing competitions to occupy them and kept the pictures to remember. “I wouldn’t have given them up even if they shot me.”

The Russian soldiers refusing to fight in Ukraine

When the soldiers of an elite Russian army brigade were told in early April to prepare for a second deployment to Ukraine, fear broke out among the ranks, writes Pjotr Sauer.

The unit, stationed in Russia’s far east during peacetime, first entered Ukraine from Belarus when the war started. But after returning to Russia in the wake of the botched initial attack, they refused when they were told they were supposed to go back for another tour at the front.

“It soon became clear that not everyone was onboard with it. Many of us simply did not want to go back,” said Dmitri, a member of the unit who asked not to be identified with his real name. “I want to return to my family – and not in a casket.”

Along with eight others, Dmitri told his commanders that he refused to rejoin the invasion. “They were furious. But they eventually calmed down because there wasn’t much they could do,” he said.

Dmitri’s refusal to fight highlights some of the military difficulties the Russian army has faced as a result of the Kremlin’s political decision not to formally declare war on Ukraine – preferring instead to describe the invasion, which will soon reach its fourth month, as a “special military operation”.

On Wednesday, Daniel Boffey and Pjotr Sauer had an exclusive story revealing that three Russian prisoners of war accused of targeting or murdering civilians, and a soldier who allegedly killed a man before raping his wife, are set to be in the dock in the first war crimes trials of the Ukraine conflict.

More than 10,700 crimes have been registered since the war began by the office of Ukraine’s prosecutor general, led by Iryna Venediktova, and a handful of cases have now been filed or are ready to be submitted in what marks a watershed moment two months into the war.

Vadim Shysimarin, a 21-year-old commander of the Kantemirovskaya tank division, who is in Ukrainian custody, appeared in a Kyiv court on Friday as the first to face trial over his alleged murder of a 68-year-old man.

It is alleged Shysimarin, a sergeant, had been fighting in the Sumy region in north-east Ukraine when he killed a civilian on 28 February in the village of Chupakhivka. He is accused of driving a stolen car with four other soldiers as he sought to flee Ukrainian fighters and then shooting dead the unarmed man on a bicycle as he was talking on his phone.

Shysimarin was ordered “to kill a civilian so he would not report them to Ukrainian defenders”, according to prosecutors.

The long walk to safety

The aim was to be the invisible man, says Igor Pedin, 61. It was to drift, as if a ghost, with his small trolley bag of supplies and dog Zhu-Zhu, a nine-year-old mongrel terrier, through the hellscape of the besieged port city of Mariupol, out into the badlands of Russian-occupied territories and on to the relative safety of the Ukrainian-held city of Zaporizhzhia – a mere 225km walk away.

Pedin sidestepped mines and crossed destroyed bridges with his dog and luggage, passing smouldering homes and weeping men and women with heartbreaking stories of death and suffering. He also had to contend with nervous, trigger-happy Russian soldiers. But miraculously he made it and has told Daniel Boffey his extraordinary story.

Our visual guide to the invasion is updated regularly and can be found here. 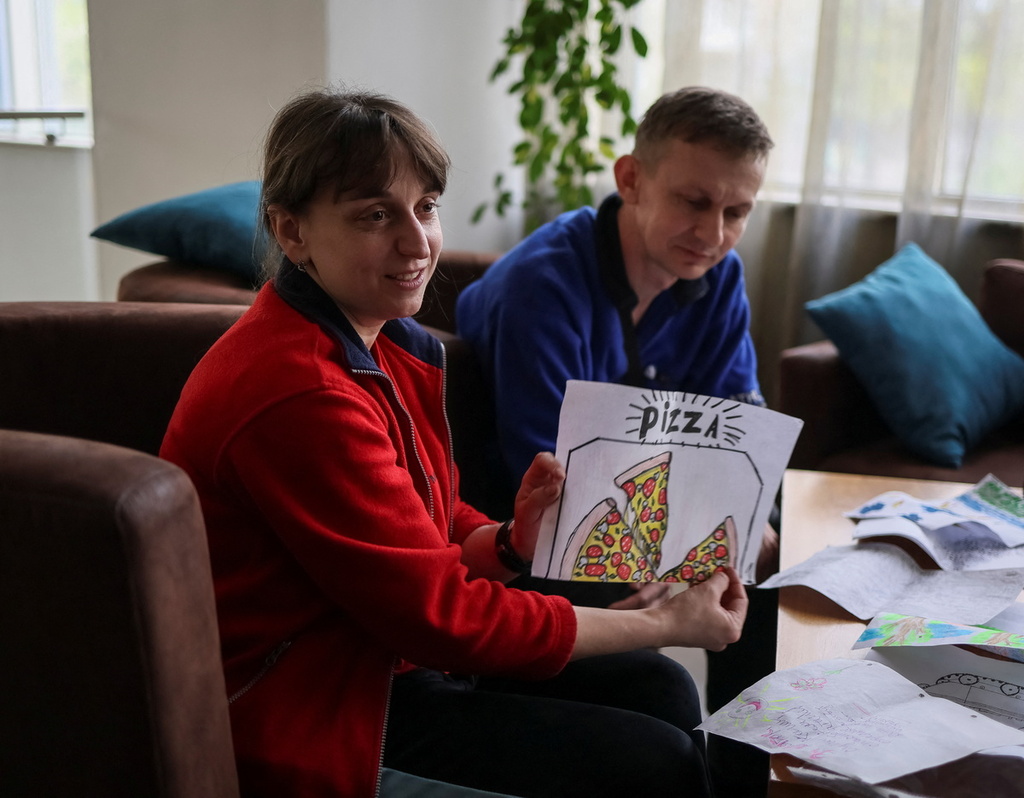 "Moles in the dark": survival and escape from the Mariupol steelworks
Five storeys below the besieged Azovstal steelworks, Ukrainian soldiers told Nataliya Babeush she had a few minutes to prepare to…

When Russian soldiers started going from house to house shooting people, Igor Pedin set off with his dog Zhu-Zhu to…