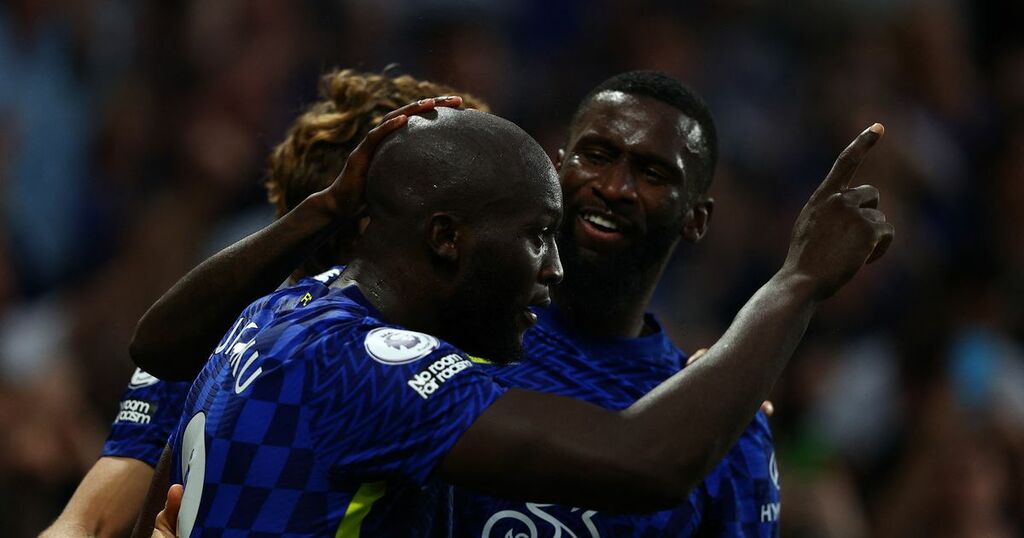 Chelsea defender Antonio Rudiger has jokingly been warned that he will be 'done' unless he's careful after making a bold claim about Ronelu Lukaku.

The pair have already developed a strong connection since the latter rejoined the Blues from Inter Milan in the summer transfer window.

But Rudiger may have overstepped the mark when reacting to Chelsea's 3-0 win over Aston Villa on Saturday evening.

A game that saw the Germany international hit row Z with what is becoming a trademark long-range effort from him, was also a special one for Lukaku as he scored for the first time at Stamford Bridge.

Whilst Rudiger was clearly happy with the 28-year-old netting a brace, he made a bold claim that his beard is better than his teammates'.

"Beast @romelulukaku," he wrote on Instagram. "But my beard is better than yours brother (with a laughing face emoji)."

To which Lukaku issued a brilliant seven-word response.

"Be careful because tomorrow you're done lol."

Despite Lukaku's warning, he had some kinder words about Rudiger after Chelsea kept their third clean sheet in four Premier League games this season.

The German lined up alongside Thiago Silva and Trevoh Chalobah as the three central defenders in Thomas Tuchel's preferred system and his performance earned praise from Lukaku.

"Yeah it was good, childhood dream for me, very happy to be in this situation I’m in but the hard work continues," he said in his post-match interview with Sky Sports.

"They were really good, pressing us from the front, they made life difficult but we stayed focused.