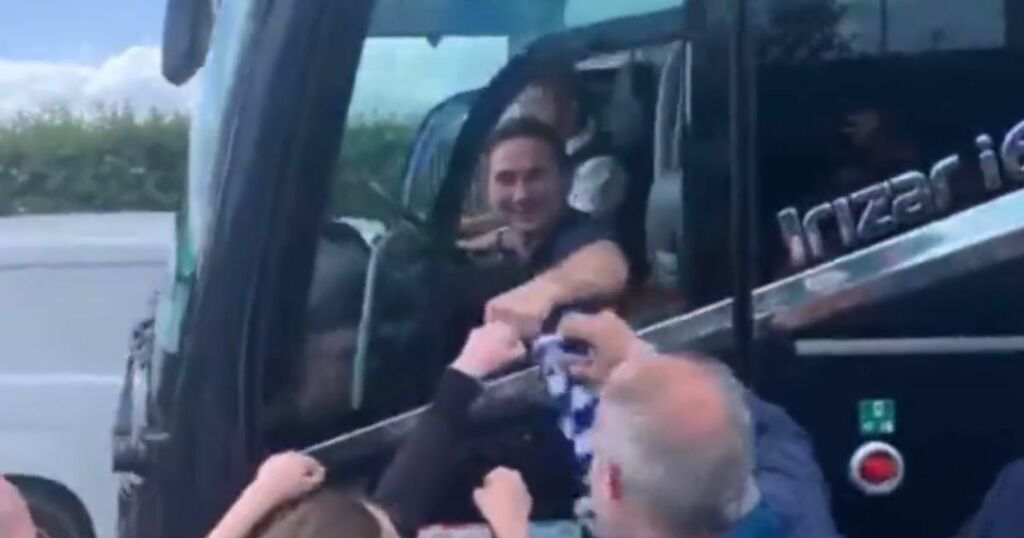 Newcastle Herald
Read news from The Economist, FT, Bloomberg and more, with one subscription
Learn More
Manchester City vs Aston Villa live stream: How can I watch Premier League game live on TV in UK today?

If you hadn't watched the 90 minutes that preceded it, you might have imagined the scenes at the Everton end after the final whistle might have been following another big away win.

Those Blues supporters were again in fantastic voice right from when the two sides were warming up, throughout the match itself, and for a significant amount of time after the final whistle. Multiple smoke bombs flew onto the pitch as the squad went over to applaud them at the end, with their loud chants cutting through the night air at Vicarage Road.

As the substitutes who didn't make it onto the pitch emerged to do their usual warm-down drills, fans were in fine voice cheering each of them on. Salomon Rondon, Andre Gomes, Tom Davies and Jonjoe Kenny all showed their appreciation with waves and applause.

YOUR SHOUT: Rate Everton players after the frustrating draw with Watford

This typifies the good mood that is still reverberating around the club right now, despite what many will believe is something of a disappointing result against already-relegated Watford on Wednesday evening. Everton were lacklustre, perhaps a little too cautious, and were forced to settle for just a point.

Let's be honest, that could well be crucial though. And, before these two games against Leicester City and the Hornets, many would no doubt have bitten your hand off to be coming away with four points.

The fact that this positive attitude and message is the one that still shines through after a pretty dismal performance on the pitch is the biggest testament to what's going on off-the-pitch with the club right now.

Some critics have recently taken aim at the Everton support claiming it's easy for them to support their side like this when they're finally starting to win games. Clearly, those individuals are not familiar with just how fantastic the travelling fans have always been - through thick and thin.

But that away end, tucked away in the corner of Vicarage Road on Wednesday evening, was every bit as loud and as boisterous as they were at the weekend. They weren't reacting to what they were seeing on the pitch - they were making a concerted effort to try and make a huge difference themselves.

"Spirit Of The Blues", "Forever Everton", "Grand Old Team" - whatever chants they could think of, they belted out into the mild evening to try and spur their players onto more. Unfortunately, on this occasion, it didn't work out.

But their reaction at the end of the match wasn't one of anger, or overriding disappointment, or anything of that negative nature. They instead were clearly very keen to keep the mood as high as possible.

And why not? They've remained outside the relegation zone, they've actually extended the gap on Leeds United thanks to their defeat to Chelsea and matters are all still in the hands of the Blues.

The run of form and momentum that Everton have fallen into at this stage of the season could well still be important. Just as the actions of the supporters have been absolutely crucial to what has inspired so much in recent weeks.

Long may that continue at the very least.