Manchester United staff were impressed with Erik ten Hag after he spent his first day as the club's new manager meeting employees at Old Trafford and Carrington.

Ten Hag was officially unveiled as United's manager in a midday press conference at Old Trafford on Monday, but away from the cameras, he made an immediate impression on staff, who felt the 52-year-old was trying to restore a sense of purpose and unity to the club.

After watching United lose to Crystal Palace at Selhurst Park, Ten Hag travelled to Manchester on Sunday night with his assistant coaches Mitchell van der Gaag and Steve McClaren. While McClaren knows Old Trafford like the back of his hand, it was Ten Hag's first visit to the stadium and the morning was spent giving him a tour of the facilities.

He was shown around by football director John Murtough and, after emerging from the tunnel for the first time, he met some United fans who were enjoying a pitch day event and also bumped into the club's former defender and MUTV pundit Wes Brown.

Ten Hag also met fans who were enjoying a tour of Old Trafford and posed for selfies with supporters, but it was on staff that he made the biggest impression. He made a point of introducing himself to every staff member he met while walking the corridors of Old Trafford and after his press conference he spent 20 minutes in the staff canteen, chatting to employees and posing for pictures.

The openness of Ten Hag's first day in the building is said to have encouraged staff. He also visited the club's megastore and met staff working in the shop and supporters on the forecourt.

Ten Hag, Van der Gaag and McClaren then travelled to Carrington for more formal meetings as they continue to step up plans for pre-season.

United's new manager is currently staying in a hotel in Manchester and is due to jet off on holiday later this week, but he plans to spend another couple of days at Carrington and is using his time in the north west this week to try and find somewhere to live.

When Ten Hag returns to Manchester later in June he will be focused on pre-season — which starts on June 27 — and shaping the squad to his ideals, so this week is seen as an ideal opportunity to find somewhere before then.

The Dutchman has not yet met Ralf Rangnick. Their paths deliberately didn't cross at Selhurst Park and while Ten Hag was in Manchester on Monday, Rangnick has already travelled to Austria to begin his next job as coach of their national team.

There is still a desire for them to meet, but the schedule could yet mean that happens remotely rather than in person. 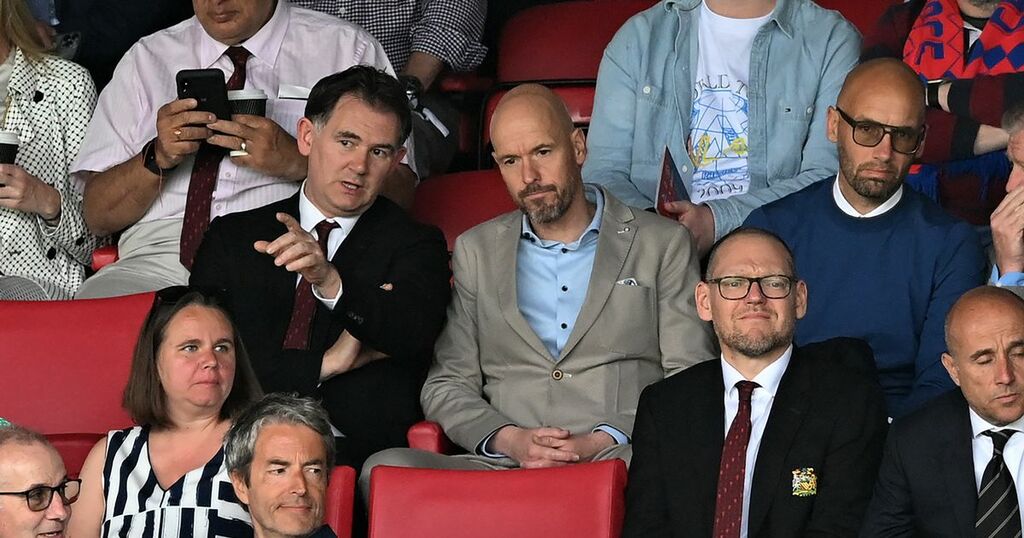 Manchester Evening News
From analysis to the latest developments in health, read the most diverse news in one place.
Excited Erik Ten Hag sees ‘huge potential’ at Manchester United

Erik Ten Hag has spoken of his excitement after taking charge at Manchester United, who he sees as having “huge…

Erik Ten Hag has spoken of his excitement after taking charge at Manchester United, who he sees as having “huge…