What does the Proud Boys rooster symbol mean and what are the group’s other secret symbols? 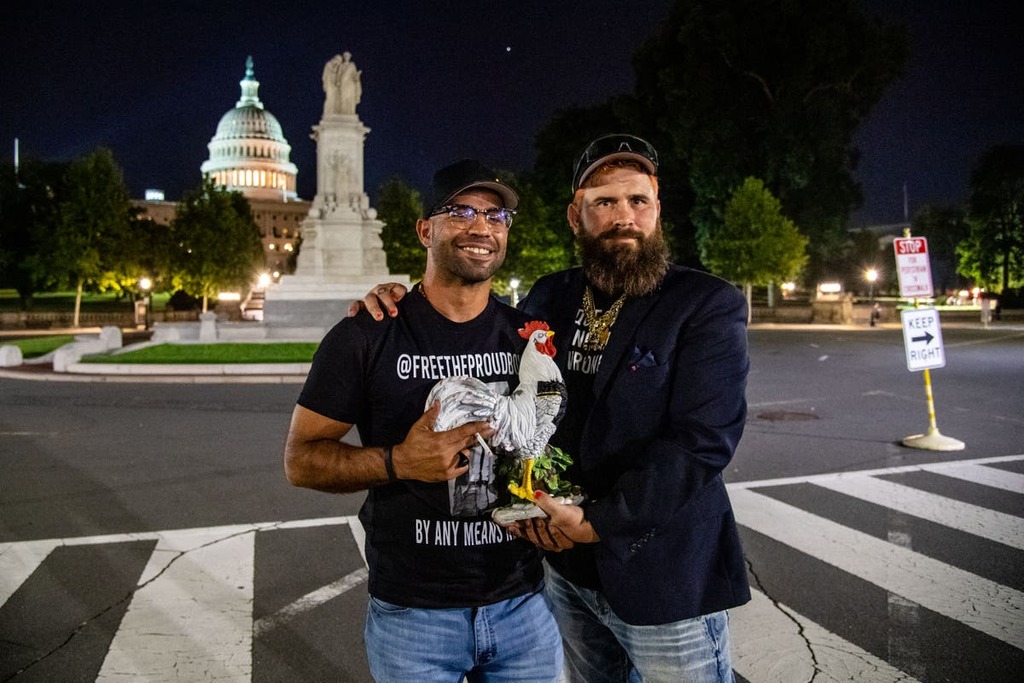 The Proud Boys is a neo-fascist, pro-Trump, male group that has been involved in political violence. However, it’s easier to describe what the group doesn’t stand for, than what it does.

Originally created by VICE Media co-founder Gavin McInnes in 2016, Proud Boys describe themselves as “Western chauvinists”. McInnes has recently distanced himself from the group, which is now fronted by chairman Enrique Tarrio – who was jailed for the destruction of property on Monday, over the burning of a Black Lives Matter flag, plus possession of high-capacity ammunition magazines.

Proud Boy members were emboldened after Trump told the group to “stand back and stand by” during a presidential debate with Joe Biden, and went on to be involved in the Capitol Riots.

The group uses a number of motifs, including Fred Perry’s recognisable laurel wreath, most commonly the yellow logo on a black shirt.

To stop the neo-fascists from using the design, Fred Perry removed its yellow and black polo shirts from sale. Fred Perry said it was “incredibly frustrating” that the group had used its design. The brand has an unfortunate history of being unwillingly adopted by extremist groups, including skinheads and football hooligans over the years.

In the days before the insurrection at the US Capitol, the Proud Boys switched out their attire to all-black with bright orange hats or orange tape on their clothing.

The rooster has become synonymous with the group, which is displayed facing left, standing on a weather vein pointing west, symbolising the group’s view that the “West is the best”. Roosters have historically symbolised masculinity, bravery and resurrection – it’s also a very territorial animal. Leader of the Proud Boys, Enrique Tarrio, held up model cockerel before he started his five-month sentence in jail this week.

The Proud Boys have previously adopted the hipster beard and the baggy flannel shit, and even used yellow kilts during one rally – although the trend didn’t stick. Queer Virginia-based kilt designer Allister Greenbrier was horrified when he found out the group was using the knee-length men’s skirts to promote its facist, anti-LGBT cause.

Fascist fashion has long been used by the far-right as a way to recruit younger members. US-based extremist groups like the Boogaloo Boys wear Hawaiian shirts. The Groypers use the mascot Pepe the Frog, and QAnon plus other alt-right groups use Nordic symbolism – wearing fur, Thor hammers, and horns. Jacob Chansley, the ‘QAnon Shaman’, was notably pictured multiple times wearing horns at the Capitol Riots.