What does NATO protection mean for me, as Sweden and Finland defy Russia's orders

Finland and Sweden have expressed their desires to join the NATO alliance.

The shock move comes after decades of historic neutrality and was sparked by Russia’s invasion of Ukraine.

The strong show of aggression towards another non- NATO neighbour of Russia will no doubt have caused concerns for both countries that they could suffer the same fate, and so are now looking to shore up their defensive ties with the West.

Russia, which regards NATO as a threat, has labelled the moves a “mistake” and has grimly warned of “consequences”.

For the parties ruling these two countries, the decision to join NATO now clearly outweighs any arguments against joining the bloc. But what does membership give to countries and the people who live inside them?

What does NATO membership mean for me?

Being a citizen of a NATO nation means living in a country that has the full military defensive support of all of the group's other members.

NATO is an alliance, an agreement between countries to come to one another’s aid in the face of aggression and support one another in matters of security.

One of NATO’s primary functions is what it calls ‘collective defence’.

Describing what this means, NATO says: “The greatest responsibility of the Alliance is to protect and defend NATO’s territory and populations.

“It states that an attack on one shall be considered an attack on all. Article 5 has been invoked only once in NATO’s history, on 12 September 2001, the day after the terrorist attacks on the United States.”

This is one of the most fundamental principles and reasons for the alliance’s existence - the aim that people who live in countries can feel safer because aggression towards their country would be met with the force of all 30 member states' defensive capabilities.

A second advantage to living in a NATO country is the need for member nations to uphold standards of “individual liberty, democracy, human rights and the rule of law”.

Generally speaking, NATO has maintained peace in Europe since its foundation in 1949, although it is worth noting that there are also possible downsides to membership, such as the likelihood of being drawn into conflict if an ally is attacked and the need for your government to aim to put 2% of its GDP into defence spending.

Which countries are in NATO?

Of these countries, 12 are founding members. They are Belgium, Canada, Denmark, France, Iceland, Italy, Luxembourg, Netherlands, Norway, Portugal, the United Kingdom, and the United States. 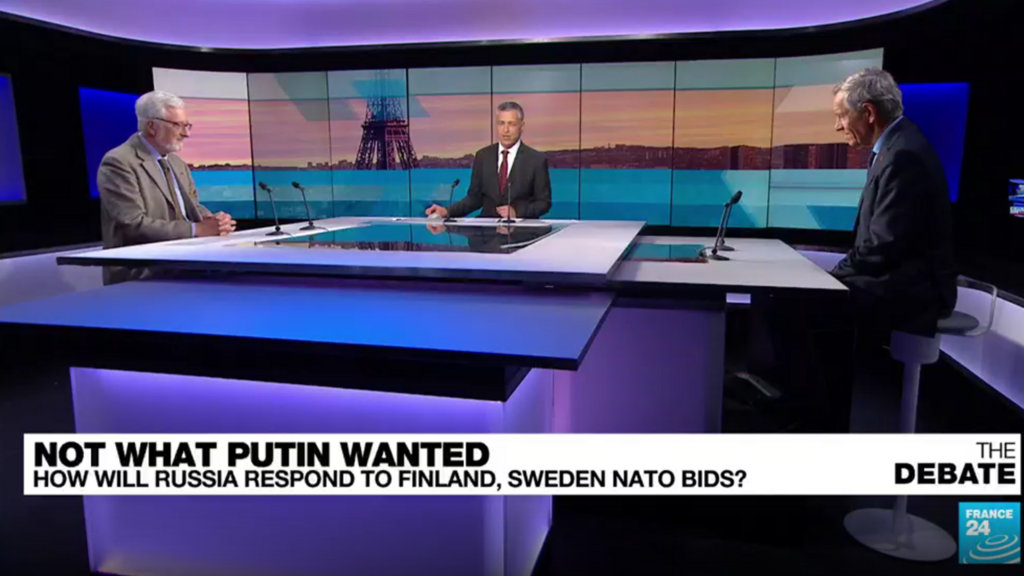 Not what Putin wanted: How will Russia respond to NATO bids by Finland and Sweden?
It never happened during the entire Cold War. But all these years later, Russia's border with NATO is about to…

France 24
One subscription that gives you access to news from hundreds of sites
What is Nato and why was it formed?

The Independent UK
What is Nato and why was it formed?