What Do Yankee Coaching Changes Mean For Manager Aaron Boone? 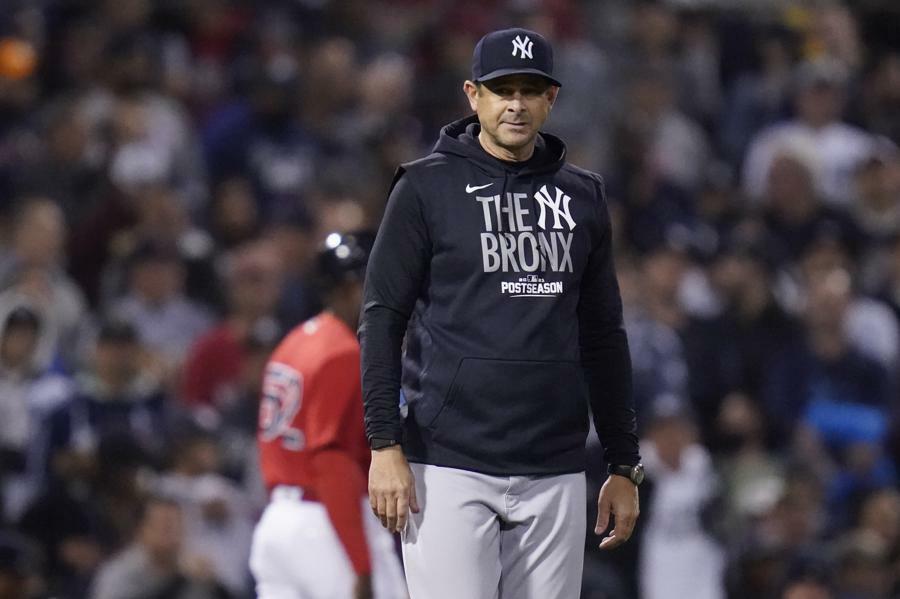 Despite not possessing a contract for next season once the World Series ends, Aaron Boone has been spotted a few times outside Yankee Stadium.

Whether that means he is returning for a fifth season managing the Yankees remains to be seen but if he does, some of his co-workers on the coaching staff will be different.

While the Yankees did not make it official on Thursday, reports surfaced about the contracts of hitting coach Marcus Thames, third base coach Phil Nevin and assistant hitting coach P.J. Pilittere not being renewed for next season when the Yankees are hoping to shake off one of the more stressful 92-win seasons of any team in baseball history and a disappointing loss in the wild-card game to the Red Sox, who start the ALCS on Friday.

The Yankees have not made a coaching change in season since 1995 when Nardi Contreras replaced Billy Connors but they have shuffled the deck a few times. Among the more notable instances was firing Kevin Long after the 2014 season and then going through two hitting coaches before elevating Thames to the main hitting coach position in 2018.

While Thames presided over an offense that scored 851 runs and won 100 games in 2018 followed by 943 runs and 103 wins in 2019, the Yankee offense was an inconsistent group all season forcing them to play so many close games.

Thames famously hit his first career homer off Hall of Famer Randy Johnson in 2002, returned to the team in 2010 and then started as a minor league coach in 2013 when Aaron Judge was drafted and Gary Sanchez was beginning to get noticed a major prospect.

Nevin joined forces with Boone after one season as San Francisco’s third base coach and was in the spotlight during the wild card game for sending Aaron Judge, who was thrown out at the plate as the Yankees were attempting to mount a comeback in what became a 6-2 loss.

With three new coaches, the question for the Yankees besides if they retain Boone is what does his coaching staff look like?

The remaining group of coaches is from a mix of backgrounds.

Matt Blake replaced longtime pitching coach Larry Rothchild after 2019 and came from the world of player development. Mike Harkey was on Joe Girardi’s coaching staff, bench coach Carlos Mendoza moved up through the player development ranks and first-base coach Reggie Willits has been in the organization since 2015.

Regardless of when the Yankees make a decision about Boone for next season and hire some new coaches, it is the among the many things they start figuring out while two of the three teams they have lost to in the postseason under Boone duke it out for the AL pennant.

On July 1 as the Yankees were stumbling towards a .500 record that they corrected in the second half, Steinbrenner put the onus on an underachieving roster. Last December, Cashman said he hoped Boone would stay for 10 years after they exercised their option on him.

This was said after the Yankees fell in five games to the Rays, who won the AL pennant. It was said two months after a series when the Yankees deployed a questionable plan of using Deivi Garcia as an opener to pair with J.A. Happ in a Game 2 loss.

The Yankees have been firm about their support for Boone. Perhaps soon it will be revealed if that support continues even with an altered coaching staff.