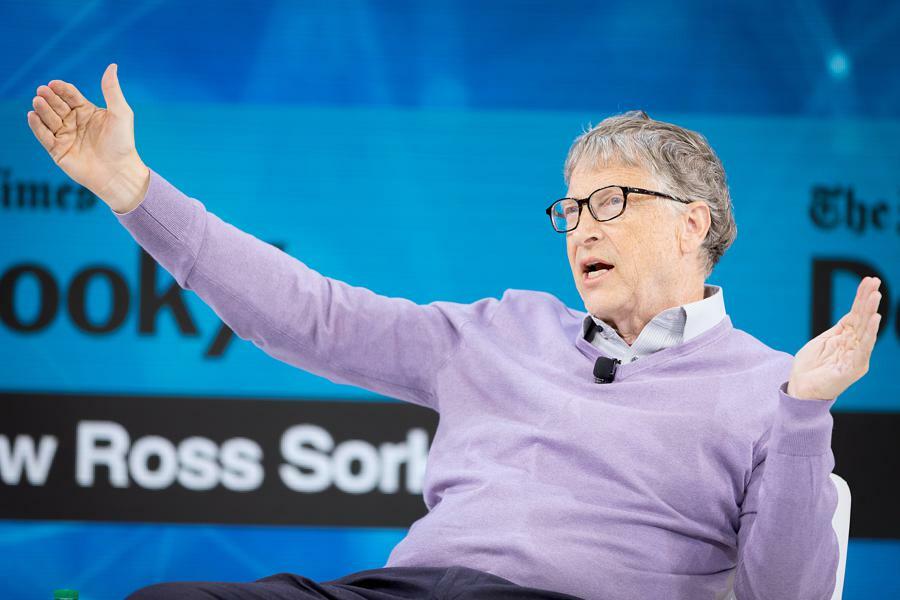 The Delta variant is still raging, sending would-be travelers back into lockdown. The classic investment strategy to ‘always buy when the blood’s on the street’ has had well over a year to play out, leaving almost no undervalued assets left to buy. And luxury hotels typically lose money unless they operate at very high occupancy rates.

So why did Bill Gates’ investment firm, Cascade Investment LLC, just pay $2.21 billion for a controlling stake in Four Seasons Hotels and Resorts?

“The opportunity arose and [Cascade] seized it. It’s a positive affirmation of our strategy going forward. They believe as we do in the opportunity in front of the company, which is significant,” says John Davison, Chief Executive Officer of Four Seasons. (Cascade declined to comment.)

In a deal announced last week, Saudi Prince al-Waleed bin Talal agreed to sell half his stake in Four Seasons Hotels and Resorts to co-owner Bill Gates, giving him control of the luxury hotel operator, now valued at $10 billion.

Working from his home in Toronto, Davison spent the pandemic steering the company through the worst seismic shocks in its history. Though over 70 percent of his hotels closed and severe staff shortages set in, today he seems very optimistic. “The transaction marks a pivotal point in the evolution of Four Seasons,” or so his corporate press release goes, suggesting that the best is yet to come. Mainly, this means we can expect new hotel openings, more residential inventory, improvements in contactless technology, and a new CRM that helps the company keep track of guest preferences. “Everybody wants personalization today, so we plan to pursue further investment in that.”

Cascade’s involvement is nothing new. They first invested in Four Seasons in 1997 when the company was public. But the timing and scope of this latest investment makes it a landmark bet on the future of luxury travel.

Four Seasons currently operates 121 hotels and resorts and 46 residences, with a pipeline of more than 50 new projects in vacation spots like Napa Valley, Fort Lauderdale, and Tamarindo, Mexico opening later this year, according to the VP of public relations.

Of the 50 new properties, 90 percent of them have a residential component. “Residential is a very important part of our business,” adds Davison, who ran the residential division as Senior Vice President since 2004, before eventually being promoted to the CEO position in 2019.

The strategy actually dates back to 1985, where the first branded private residences were introduced at the Four Seasons Hotel Boston. Now, the company is ditching the hotel component altogether at some properties by increasing its portfolio of stand-alone residences.

Currently, Four Seasons has three standalone private residences in San Francisco, Los Angeles, and London at Twenty Grosvenor Square with 37 lavish apartments ‘starting at’ an eye-popping 17.5m GBP ($24 million USD), featuring an on-site spa, wine room, pool, fitness center, and cinema. The fourth standalone residence will open this year in Marrakesh, featuring all the hallmarks of a luxury hotel including a concierge service, valet, driver, and a bellhop. You just can’t book a room for the night.

Competitors like Ritz Carlton have similar portfolios, and the Mandarin Oriental Residences will follow suit when it opens its condos-only property in Beverly Hills next year. It’s becoming a bona-fide hotel industry trend — the funny thing is, it’s happening for reasons that have very little to do with hotels.

These brands are no longer just hotel operators. They are fully immersed in the rental home business. If you pony up the multi-million dollar premium for living large at one of these properties, you get the benefit of their operational expertise and services. They look after your property when you’re gone. What’s more — and this is the clincher — they rent it out for you if you’re not using it.

Developers, too, are big beneficiaries of this model. “Mixed use properties allow our development partners to realize a significant profit upon the opening of their property. It pays for the cost of the property. In some cases, they come out of this having recovered all their investment just through the residential piece, so they basically own the hotel for free,” adds Davison.

This strategy in turn benefits hotel operators like the Four Seasons, which earns licence fees when the residences are sold. If it doesn’t make sense to open a hotel in a particular market, they might open a branded residence instead — increasing their market share without shouldering the burden of high occupancy or public scrutiny.

Of course, these companies still need the travel industry to recover. And by all accounts, the recovery will take time. For luxury hotel chains in the United States, average daily rates (ADR) are expected to reach 2019 levels this year in 2021, which suggests that luxury leisure travel demand is already strong. But occupancy is not expected to reach pre-pandemic norms until 2025, according to STR data.

In Europe, it’s a similar story — developers are opening a record number of new hotel rooms because investors believe the recovery is coming. “Yes, performance has suffered during the pandemic, but many investors are still counting on the resilience of the sector,” said Robin Rossmann, STR’s Managing Director. “While the impact of this supply influx will of course vary by market, there will be even greater competition for properties that have weathered the pandemic and hope to achieve meaningful levels of recovery over the coming years.”

The ultra rich can afford to wait it out. Consider the logic of family office investing. If Bill Gates’ money managers can afford to take a 50 year time view on their investments  — and with $170 billion under management, they certainly can — then it doesn’t matter if the next two or three years are going to be rough on the travel industry.

“I would totally agree with that; Cascade has a very long investment horizon, and Four Seasons is a brand that will be around forever,” adds Davison, his exceedingly polite Canadian demeanor belying the fact that he also happens to be a shrewd real estate tycoon who just really likes to use the word “tremendous.”

Maybe it’s because he’s running a residential real estate business model within a legacy hotel brand that is already profiting from his ‘play-the-long-game’ strategy. Because there’s just no other word for it.