What are Pop Its? The latest fidget toy craze 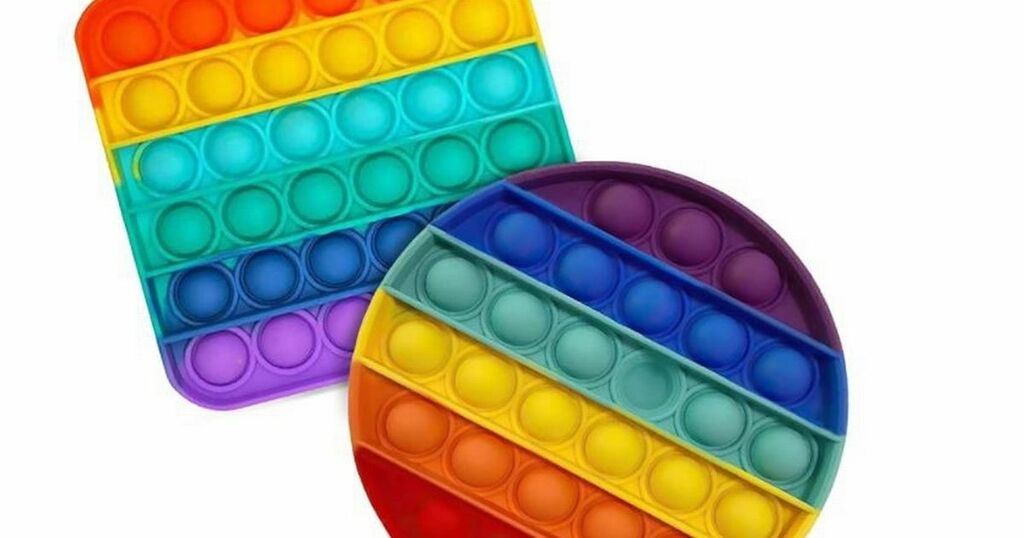 Over 2.5 billion people are watching Pop It videos on TikTok right now, a worldwide craze taking social media platforms and playgrounds by storm.

Pop its are essentially a silicone tray, filled with plastic bubbles that when pushed, mimic the sensory feel of popping bubble wrap.

Gary Grant, the founder and executive chairman of the high street toy chain The Entertainer, said its stores had sold one million of the toys already and expects rapid growth in the run up to Christmas.

Retailers are likely to have sold over 5 million in total already this summer.

The app regularly starts wildly popular crazes and it certainly has with pop its. When users became intrigued at a toy that can mimic the satisfaction of popping bubble wrap almost indefinitely, attention turned to where they can get hold of them.

Some schools have chosen to ban them as so many students are using them and stocks are constantly being replenished to keep up with demand.

In a report from CBBC's Newsround, children said: "They make you free from your worries."

It added: "Whenever I pop them it feels like all my worries are going away, because I focus on that and not my worries."

Snesory toys are not a new method of dealing with stress.

Using sensory toys for neurodiverse children is not a new phenomena, it has been used in schools and therapy sessions for the last 50 years.

Researchers in the Netherlands were at the cutting edge of this, creating sensory rooms with tactile objects, lights and sounds that helped children calm down.

With some schools blanket banning the devices it may put some children in need at a disadvantage.

This has not slowed down demand, however, The Entertainer is bringing in 70 shipping containers from China on a chartered boat.