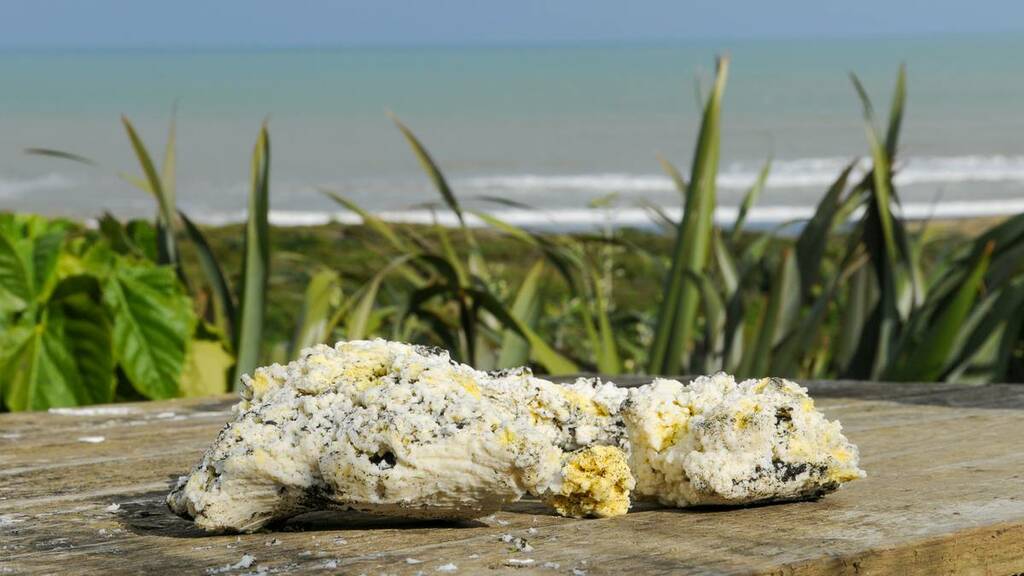 The results are in, and the mysterious butter-like substance that appeared on parts of Whanganui's Castlecliff Beach last month has been identified.

Horizons Regional Council received a complaint about the wash-up via its pollution hotline at 9.45am on August 8, with a pollution response duty officer arriving at the Morgan St beach access about an hour later.

Horizons consents monitoring team leader Pita Kinaston said a sample had been taken and was analysed by an independent laboratory.

"It was found to have a high proportion of fats, oil and grease indicating that the source was likely from animal fats or another type of oil such as cooking oil," Kinaston said.

A Horizons pollution response duty officer conducted another survey of Castlecliff Beach at two sites - the end of Seafront Rd beach access and Rangiora St beach - on August 17, he said.

"Some pieces of a fat-like substance at the Seafront Rd beach access were observed amongst washed-up driftwood above the high-tide line.

"The majority of the pieces that were observed were partially buried. There was a substantial decrease from when the area was initially observed on August 8."

The officer had not noticed any pieces of the substance at the Rangiora St part of the beach, Kinaston said.

"During subsequent walkovers of the beach, no pieces of the fat-like substance have been observed."

However, Horizons had no information as to the location or premises where the substance originated, Kinaston said.

"Horizons encourages people to call the pollution hotline on 0508 800 800 if further occurrences of this substance are observed."