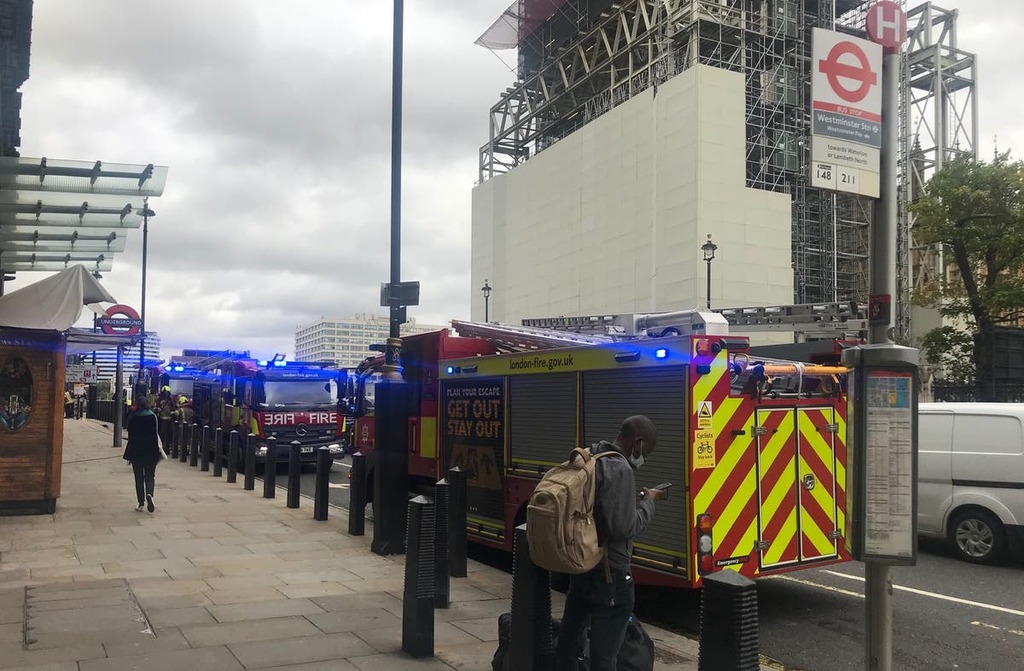 Westminster underground station had to be evacuated after a fire broke out today.

The London Fire Brigade (LFB) said that fire and rescue crews attended the scene at the London Underground station, that serves the Houses of Parliament and Downing Street, at around 11.30am.

Crews were called because plumes of smoke were coming out of an electrical room in the basement of the station, LFB said in a statement.

Around 100 people were evacuated from the station before the crews arrived, it added.

Trains on the Circle, District, and Jubilee lines are not stopping at the station, it has been reported.

“Six fire engines and around 40 firefighters are at the scene of a fire at Westminster Station on Bridge Street in Westminster,” LFB said.

Fire crews from Lambeth, Euston, Old Kent Road and Soho fire stations have been at the scene.

A Reuters witness saw several hoses being extended into the station, and police vans also in attendance.

PM Boris Johnson is away at the Conservative Party Conference in Manchester with his most senior colleagues in government, while parliament is in recess.