Westminster crash: Three dead after car crashes into flats and bursts into flames 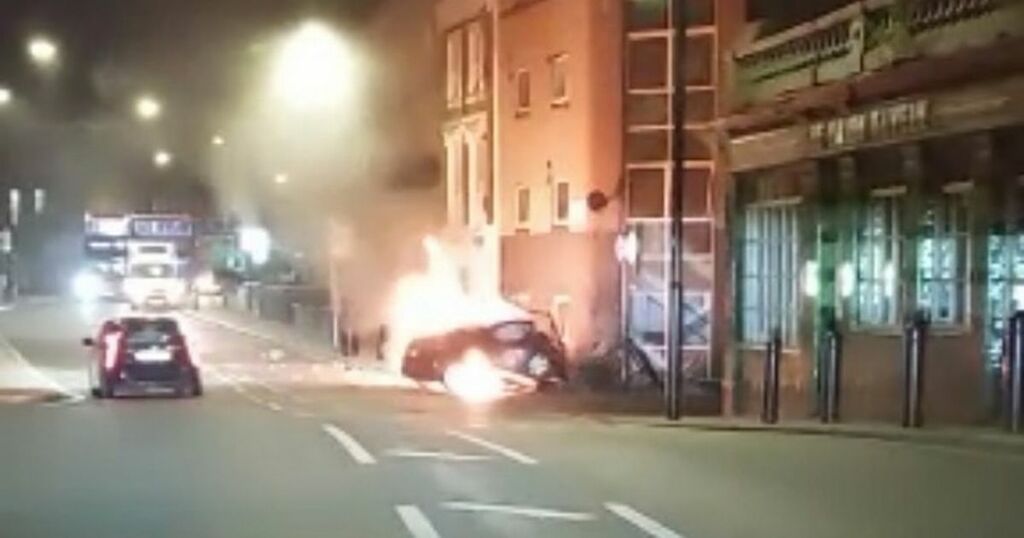 Three people died at the scene after a car smashed into a retirement home in west London and burst into flames in front of terrified witnesses.

Officers and emergency crews were called to Great Western Road in Notting Hill at around 4.50am and found the vehicle on fire.

The flames were extinguished but three people were pronounced dead at the scene.

Witnesses said a man leapt from his bed and tried to pull screaming victims to safety before their car was engulfed with flames.

Have you been affected by this incident? Email webnews@mirror.co.uk

A witness told the Evening Standard: “A guy who had no top on ran out and was trying to drag someone out of the car.

"There was screaming and shouting and smoke and he was doing his best but then flames starting shooting up. We all rang the emergency services.

“The man with no top was doing his best he had obviously just got out of bed."

Police are working to inform their families, and have asked for any witnesses or those with dashcam footage to come forward.

A young woman who lives by the scene of the crash told The Mirror: “Me and my partner were asleep and I heard a first bang and quite a bit of shouting, then there was a second bang.

“I looked out the window and could see the reflection of fire.

“Lots of people came outside, it woke everyone up, it was insane, an incredible bang.
“It’s horrendous. Really sad.

“The car stayed on fire for quite a while and it kept reigniting. I was crying last night, it’s just tragic.

“You don’t often see things like that in real life.”

Another woman who works in the area said her colleague heard a “loud bang” and told her the “next thing there was a massive explosion and the car was on fire”.

She said: “It’s really sad. It makes you think.”

Police officers have set up a cordon blocking off either side of the road.

Six officers are on the scene to redirect pedestrians and traffic and the cordon at the junction of Harrow Road and Great Western Road is expected to be in place for several hours.

No other cars are thought to have been involved in the crash, and a number of residents were evacuated from the building as a precaution.

Work to identify those killed and inform their loved ones is ongoing.

A London Ambulance Service spokesperson said: "We were called at 4:48am this morning (14 September) to reports of a road traffic collision on Great Western Road, W9.

"We sent an ambulance crew, a medic in a car, an advanced paramedic, a clinical team manager and an incident response officer to the scene.

"We also sent our hazardous area response team and London's Air Ambulance. The first of our medics arrived in under three minutes.

"Sadly, despite the best efforts of emergency services, three people died at the scene."

Anyone with information can call police on 101 quoting the reference CAD 917/14 Sept.

A London Fire Brigade spokesman said: “Firefighters were called to reports a car had collided with a sheltered accommodation block.

“The vehicle was alight when crews arrived. Crews tackled the fire and led nine people to safety from the block via an internal staircase.”