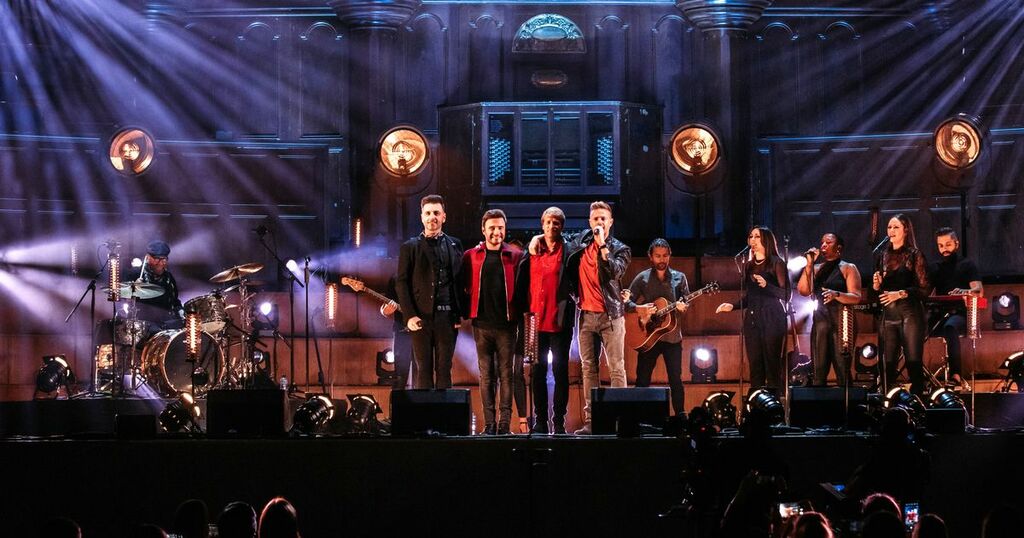 Nicky Byrne has opened up about the emotion he and his fellow bandmates felt after performing in Belfast last month.

Westlife’s performance was an exclusive gig for a small audience of fans which was recorded in August at the Ulster Hall.

Radio 2 Breakfast Show presenter Zoe Ball was there on the night to introduce the band's performance and says she saw the band were emotional coming off stage after they’d sung the last song, You Raise Me Up .

Nicky spoke on the Breakfast Show on Friday about that night and explained where that emotion came from.

"Shane lost his mum and dad within six months of each other very recently," he said.

"We actually sang at his mum’s funeral that December, but by the summer lockdown had kicked in and we couldn’t go to the funeral. Very, very difficult losing both parents in such a short space and that was the first time he’d sang You Raise Me Up since losing both his mum and dad.

"Now, I know Shane delivers this song so brilliantly anyway and we do see people crying, we sang it at my dad’s funeral and we all cried - but to lose both parents so soon together, yeah, he broke down. You can hear it there, but I know you’ll see the video footage as well and, you know, he lost it, but we were all around him.

"And then we went in to give him some support, but grief does that, it hits you at the strangest time, particularly with your parents. They give you the tools to take on life and then when they’re gone, no one ever has the tools to deal with the grief and you just deal with it as best you can, but it’s a lovely song, a very emotional song obviously."

Nicky added: "I just want to throw a little bit of light on this. True story, last night I had a dream, because obviously I was speaking to you this morning, I dreamt last night I was at Shane’s dad’s funeral, because obviously none of us were there, right. We were in the church, Noel Gallagher, I don’t know why, walked in and sat down in one of the seats.

"The whole church turns to look at Noel Gallagher. All the whispers are going ‘Why is Noel here?’ I pretty much woke up after that. I remember thinking in the dream, ‘Fair play. What respect that is, Noel Gallagher, we don’t know this guy, he’s flown all the way to show Shane respect.’ I mean dreams are weird right."

Zoe said: "Shane we love you. That was so lovely. I just wanted to come and give him a cuddle but, like, ’it’s Covid."

The band’s performance for Radio 2 Live, which is now available to watch on BBC iPlayer or listen on the BBC Sounds app (just search for ‘Radio 2 Live’). All the Radio 2 Live sets are now live – Westlife, Texas, Manic Street Preachers and Steps.