It wasn’t quite the bloodbath the Liberal party suffered in Western Australia’s state election in 2021, but a huge 11% swing to Labor has proved crucial to the Coalition’s federal election defeat.

The “red wave” in the west was the biggest swing nationally and could deliver Labor a parliamentary majority.

“If Labor gets into majority government, it’s because of Western Australia,” ABC analyst Antony Green said.

The Greens and teal independents made big gains elsewhere on Saturday night but in WA the federal result resembled the March 2021 state election. Previously safe Liberal seats were again obliterated.

More surprisingly, the public service minister, Ben Morton, looks set to lose his affluent southern suburbs electorate of Tangney which hugs the Swan River. The swing there was 12% to Labor’s Sam Lim – a former dolphin trainer who speaks 10 languages.

Perhaps the Liberals’ most embarrassing result in WA came in Julie Bishop’s former seat of Curtin, centred on the “golden triangle” of wealthy beachside suburbs in Perth’s west. Here, incumbent Celia Hammond was unseated by independent Kate Chaney with a 16.8% swing away from the Liberals.

Chaney was one of the teal independents who, along with the Greens, enjoyed a memorable night in a range of urban electorates across the country.

WA was the only state where this crossbench uprising was also accompanied by a significant swing to Labor.

“Western Australia has behaved completely differently from the rest of the country,” Green said.

That’s partly because during the Covid pandemic, WA was very different from eastern Australia.

For two years, the state was safeguarded by a Labor premier, Mark McGowan, whose hard border kept the pandemic out while Scott Morrison criticised the zero-Covid stance and compared West Australians to the cave-dwelling cartoon family The Croods.

Porter, the former attorney general, didn’t recontest Pearce on Saturday after he named himself in March 2021 as the person at the centre of an ABC story that reported allegations of a 1988 rape against an unnamed cabinet minister, levelled by a woman who had since died.

Porter vehemently denied the allegations and launched defamation action which was subsequently discontinued.

University of Notre Dame political analyst Martin Drum said the Liberal brand in WA was “on the nose”.

“It’s about a government that is perceived over here as having forgotten WA,” Drum said.

“It is perceived that they [the Morrison government] supported Clive Palmer in bringing down the borders, as having called us ‘cave men’ and as having gone to war with a very popular premier.”

Labor’s campaign ads on heavy rotation in the state took aim at Morrison for siding with Palmer in his bid to rip down WA’s hard border.

Before this election, the WA Liberals held 10 of the 15 federal seats and Labor had just five.

Now, the tables have turned and the Labor is on track to flick four of those, reducing the Liberals to five seats in 2022.

“The issues were very unique to Western Australia in terms of … the way we handled Covid, the closed border and the popularity of Premier McGowan,” Cash told The West Australian.

McGowan’s handling of the pandemic turned him into one of the nation’s most popular premiers.

“The Liberals were boxed in from the time they tried to support the high court commonwealth action against Palmer and also an early call to bring down the border and they struggled to recover ever since,” Drum said. 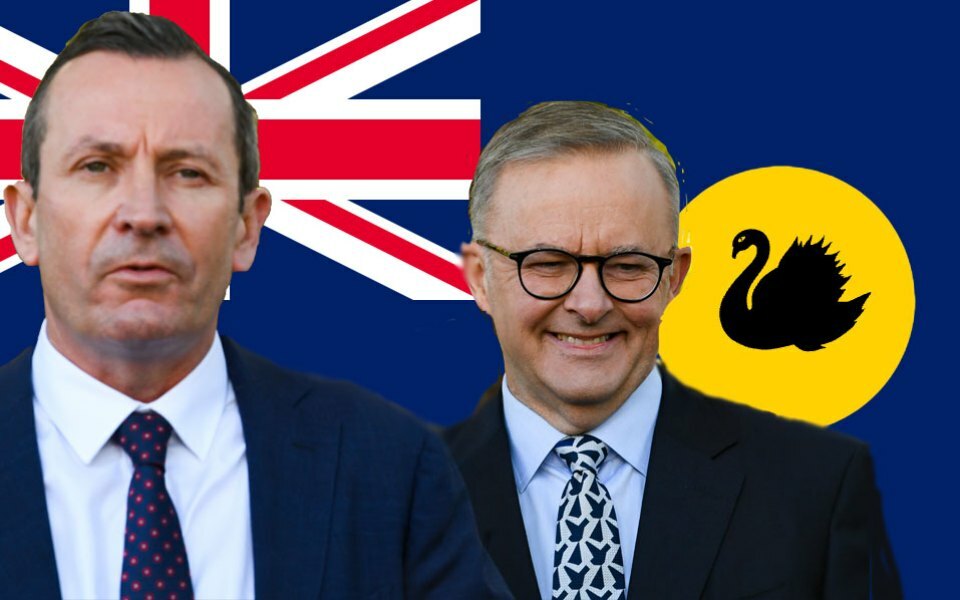 The Liberal Party loses Swan, Pearce, Tangney and Hasluck to Labor, with Curtin in doubt as a huge swing sees…