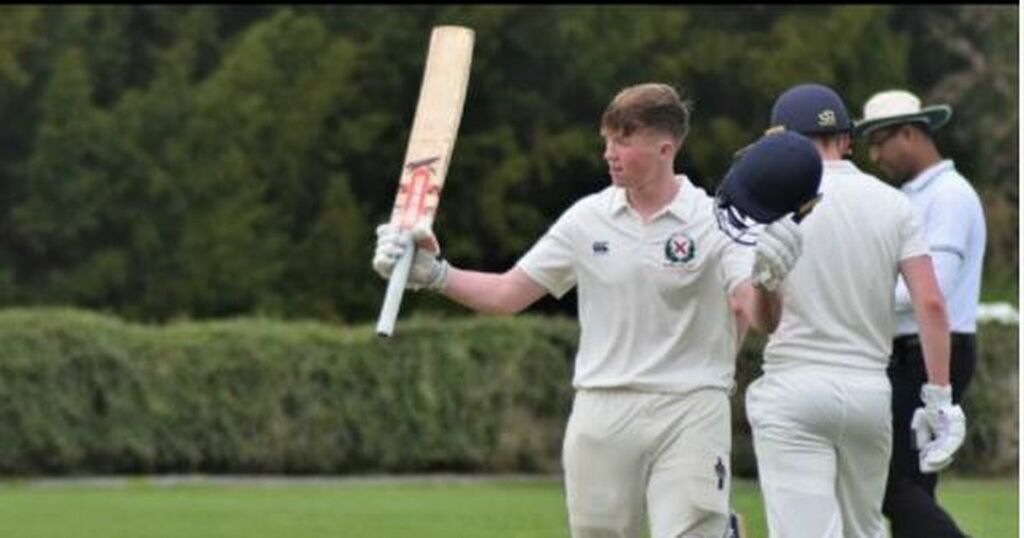 Livingston’s Jack Jarvis has been called into the Scotland under-19 squad as they look to qualify for next year’s ICC World Cup.

The Grange CC player, who started his career at Livingston, is one of 14 players named in the squad aiming to win the European qualifying event which gets underway in Spain on September 19.

Scotland will take on Jersey, Ireland and Netherlands in the group stage with the top two qualifying for the final and the winner of that match then progressing to the World Cup.

And the youngster, who is taking part in his first age group World Cup qualifying tournament, insists the Scots are going there full of confidence and says he’s keen to make the most of the opportunity.

Speaking to the Courier, he said: “This is my first qualifying event like this so it’s something I’m really looking forward to.

“Lots of the guys went to the last World Cup so we have lots of experience within the group which should hold us in good stead throughout.

“I was buzzing to get the call as we don’t get to play as many games as we would like against other nations so this is a great opportunity to show what we can do.”

He added: “We are feeling confident and ready to go. We have had lots of good preparation and have won some challenging games leading up to it with lots of different guys putting in strong performances which shows our depth in quality.”

Scotland get their tournament underway on September 20 against Jersey before then taking on Netherlands the following day.

The group stage comes to an end on September 23 with a clash against Ireland with the final taking place two days later.

The World Cup is set to be staged in the West Indies.