Members of a local swimming club have produced a string of tremendous results in recent meetings.

Swim-IT members have been busy in the last few weeks competing at events up and down the country with head coach Fiona Donald heaping praise on the swimmers.

Mia MacLeod wasted no time in her return to the sport since a knee injury in November as she competed in a number of meetings in recent weeks.

First up was the Edinburgh International Swim Meet with Mia competing across three days and managing to break club records and set new personal bests.

Donald commented: “We’re super proud of Mia. Having been out of full swim training since November due to a knee injury, she massively impressed with her six performances.

Mia then joined five team-mates at the Lothian Distance Meet, held in Prestonpans.

Abbi smashed her personal best record by a phenomenal 17 seconds while Merryn competed in the Para 100m event and broke her 50m split record.

Coach Donald said: “There was a really impressive 25 personal best times set across the swimmers.

“It was such a fun meet getting into sprint racing and we’re super proud of each of them. They produced fantastic performances.”

Abbi, Aaron and Merryn also produced brilliant results at the third round of the East District Championships.

Held in Edinburgh, the trio combined for six personal bests across six swims to round off a hugely successful period for the club. 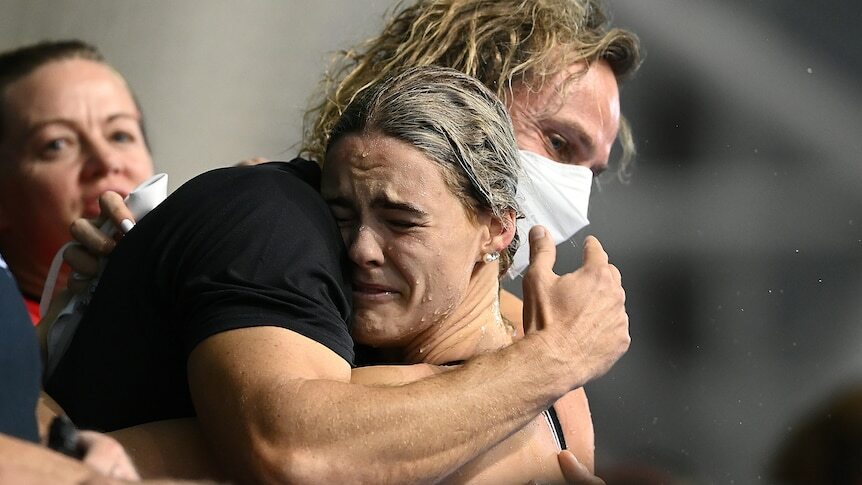 The Australian Swimming Championships are about to begin in Adelaide, doubling as selection trials for the Birmingham Commonwealth Games, and…