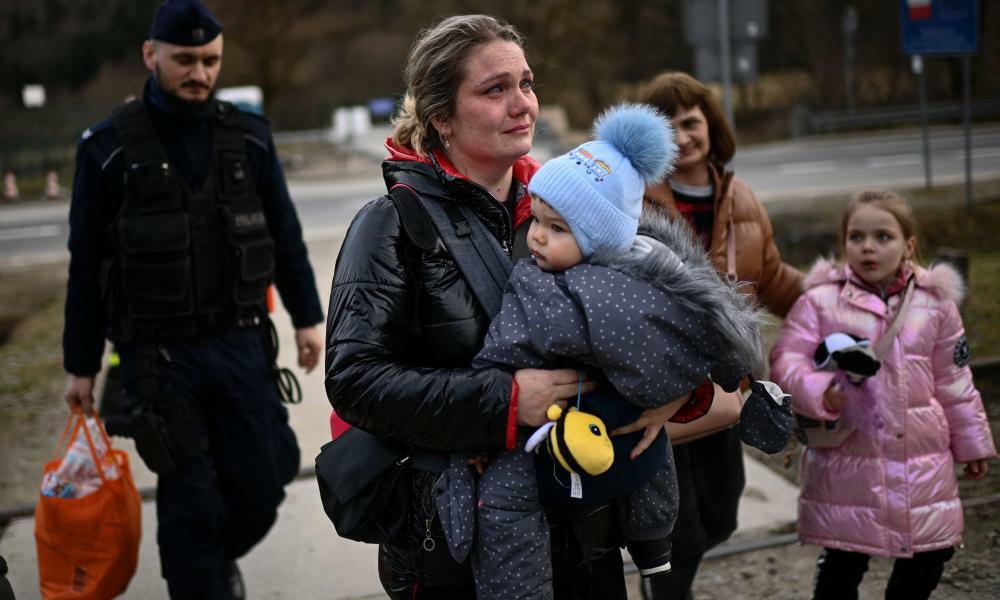 A dedicated team of naturalists from West Lothian are celebrating evolving from a WhatsApp group into a registered Scottish charity.

Iryna, Vladysav and their three children are among those taking advantage of new, ‘streamlined’ service offered by Communities for Ukraine

A database to help refugees fleeing war in Ukraine, charity groups and the more than 300 local households who have pledged to help them is to be created by West Lothian’s Voluntary Sector Gateway (VSG).

Council staff are currently carrying out background checks on volunteer host families to ensure the safety of Ukrainian refugees - with reports from other parts of the country that some volunteer hosts were hoping to use those feeling the conflict as 'low paid labour'.

And both volunteers and the local council are keen to ensure those who have offered to help, and the families feeling the war, are able to access all the support available.

More than 40 people attended an on-line conference on Friday morning to hear the work that has already been carried out by West Lothian Council as well as what is offered from the Third sector.

“West Lothian has really stepped up”, the conference was told as voluntary groups gathered to hear how they could help families under schemes organised by Westminster and Holyrood.

The council’s initial work has been in response to the launch of the Home Office scheme to match Ukrainians with families. Under that scheme in West Lothian more 50 homes have offered to help with the scheme which could accommodate up to 120 people.

Alison White, Director of the West Lothian Health and Social Care Partnership (HSCP) described the initial work of council staff entails carrying out checks on host families and their properties.

She told the meeting: “The Council very much is looking at some of the house checks and things that we’re needing to do to enable families within West Lothian to become hosts.

Mrs White said the council had explicit guidance from both the Home Office and Scottish Government about the types of checks it needs to undertake. In the Homes for Ukraine scheme which matches families with those coming from Ukraine, disclosure checks have to be carried out on all those over 16 in the host homes.

Mrs White acknowledged that these checks might seem quite intrusive to owner occupiers.

Part of the problem facing the council with the scheme is that it only received information about volunteer hosts after people from the Ukraine had arrived, so there is an element of catch-up.

Mrs White stressed that the council had a responsibility to ensure the welfare and safety of arrivals, adding: “While 99.9 coming forward are doing so genuinely because they want to be offering support, there will always be some individuals who come forward who we have concerns for or who are doing it for very different purposes. We have already seen some situations, not in West Lothian I would hasten to add, where people are trying to bring people over from Ukraine to do low paid employment. Welfare checks are critical.”

The Scottish Government Super Sponsor scheme is just starting. Around 230 households have been identified as part of this scheme.

“It’s a significant group. 300 households. West Lothian has really stepped up to help, and it is in all communities, and across the county,” Mrs White told the meeting.

Council staff have been redeployed to carry out the work needed for both schemes. While the Home Office Homes for Ukraine scheme is up and running the Scottish Government Super Sponsor won't match families until checks have been completed.

Other work being carried out by council staff includes the Advice Shop offering information on benefits, administering a £200 cash payments to Ukrainians on arrival and making sure hosts receive a £350 payment.

Staff will also offer help on education, schools transport, uniforms etc, and with advice on an access to employment.

Alan McCloskey the CEO of the VSG said he planned to compile a directory of volunteer groups and the services they could offer Ukrainians and hosts across West Lothian.

The VSG is also working with Third sector organisations in Edinburgh and the Lothians as well as with Edinburgh-based Ukrainian nationals organisations.

Voluntary groups and social enterprise business all took part in the conference, offering help with everything from school uniforms and other clothing to toys, to help with ASN and other educational needs, as well as offering meeting space and community gathering space for the Ukrainians who arrive.

Mr McCloskey said: “Today is just the start of a discussion as we move things forward.”

For further information please go to:-

A dedicated team of naturalists from West Lothian are celebrating evolving from a WhatsApp group into a registered Scottish charity.

Iryna, Vladysav and their three children are among those taking advantage of new, ‘streamlined’ service offered by Communities for Ukraine