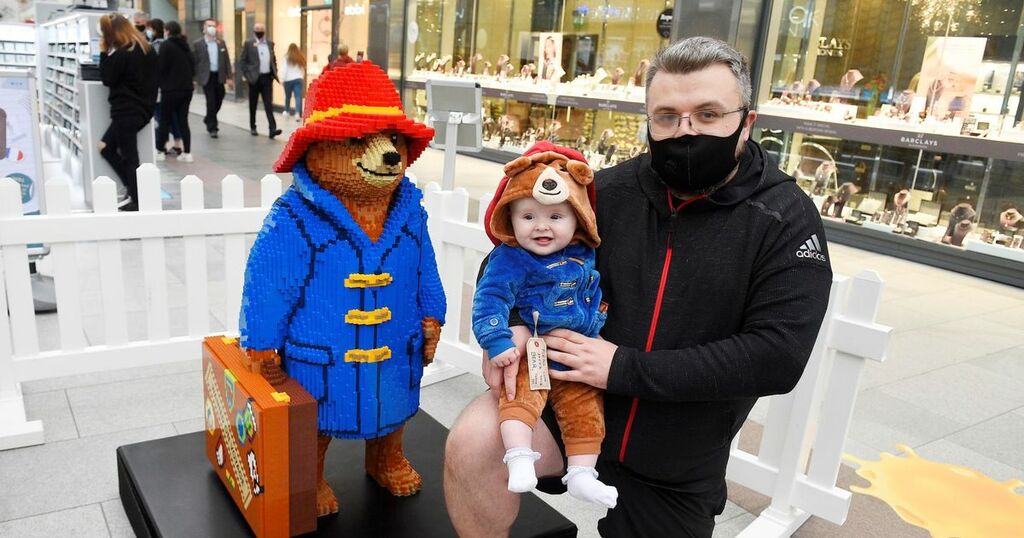 Visitors of The Centre in Livingston, West Lothian should keep an eye out for a familiar, furry face as Paddington Bear visits the shopping centre over the next two weeks.

A four foot Paddington Bear, which took 80 hours to build using 21,345 toy bricks, has made a special guest appearance in Scotland at an exhibition at The Centre, Livingston.

The marmalade-eating fuzzball has made his presence known, alongside 12 impressive life-size statues and models, made by a team of 30 master builders and using almost half a million bricks.

Whilst perusing the variety of different shops in the centre, visitors can spot and take photos with the Lego models from the Paddington film dotted around the mall, until October 25.

The exhibition has been created by BRICKLIVE, and is called the Paddington™ trail.

Aunt Lucy, who looked after the bear in Peru before she sent him to London when she had to go to the Home for Retired Bears in Lima, is included in the models and stands at four and a half feet, created using 37,352 toy bricks.

Uncle Pastuzo, who gave Paddington his famous red hat, is six foot high and made of 44,148 bricks.

There’s also a giant-size replica of Paddington’s famous suitcase, which he always had filled to the brim with marmalade, made up of 35,794 bricks and took 100 hours to build!

Also included in the models are London’s Tower Bridge, a 6ft orange tree and a pile of marmalade jars made with 58,781 toy bricks.

Visitors can pick up a copy of a free map at the Customer Service Desk to help explore the trail, which is part of a year-long series of art, photography and community exhibitions that The Centre is running.

"This exhibition is part of a year-long series of art, photography and community exhibitions for our shoppers to enjoy when they are visiting the mall.

“The impressive life-size statues, including the much-loved Paddington Bear, are guaranteed to capture the imagination of kids of all ages and parents too who are fans of the iconic bear and also brick building enthusiasts.”