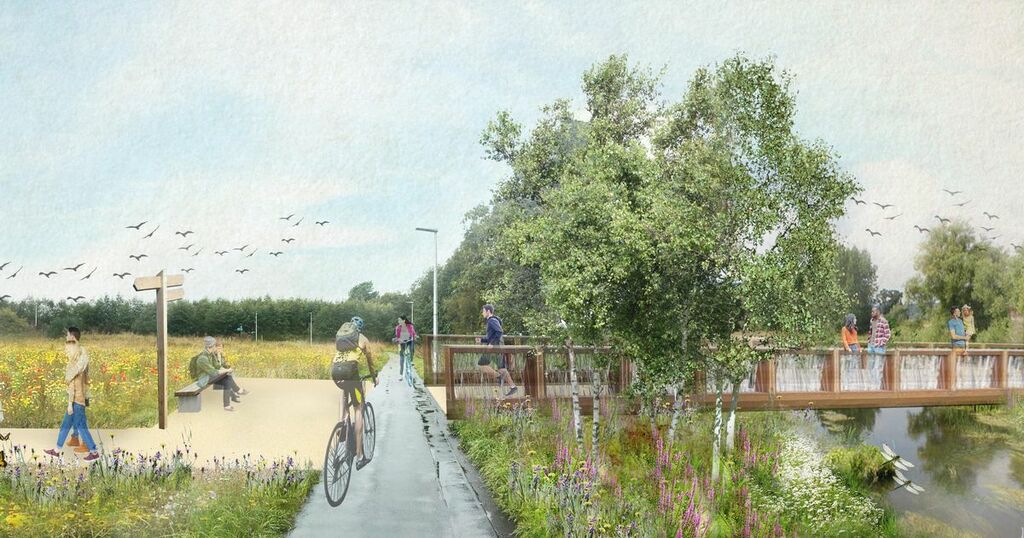 A project to generate a green heart 'nature park' for Bathgate has been approved by West Lothian Council.

The work, in partnership with national environmental agencies, will restore the Bathgate Water, also known as Bog Burn – which flows through the heart of Bathgate. It has been heavily degraded over the years, and large sections of the stretch of water are also hidden from view and inaccessible to the community.

The land lies between the 355 acre Wester Inch housing development - itself once home a range of 20th century industries- and the town centre, and between Blackburn Road and Glasgow Road. The area has borne the brunt of industries which have come and gone from the town; from mining and ironworks, and finally truck manufacturing at the old BMC plant.

A report to the Executive called the plan an: “exciting and much needed environmental project.”

The Bathgate Water Partnership has also been formed, consisting of officers from SEPA, Sustrans, Forth River Trust, Green Action Trust and West Lothian Council. The council will take the lead on the project, with the partners providing financial support and expert knowledge.

A promise of partial funding has already come from the National Lottery, and other sources are being investigated.

The vision for the project is to work with local people to create a large, high quality, accessible and wildlife rich nature park on former industrial land, regenerating the rivers that run through the town, creating new direct connections between Blackburn, Wester Inch and the historic town centre and its transport hubs.

It is hoped that this new green heart will pump life into the town centre and provide natural space where wildlife can prosper and people can enjoy.

The funding via the Scottish Government’s Water Environment Fund administered by SEPA and the Places for Everyone fund through Sustrans Scotland is in place to progress the design.

These funds support the aim of the project; to create a better environment for wildlife and people by restoring damaged river corridors, enhance the ecological value of the river, improve public amenity and encourage active travel.

Community engagement was carried out by consultants in the early stages and there are plans for further engagement with the community throughout the development of the project.

West Lothian Council’s Executive councillor for the Environment, Tom Conn said: “Restoring the Bog Burn will ensure that it becomes a functional part of the landscape once more.

"It will make it accessible to the local community and improve its ability to support a range of functions from helping manage surface water run off to supporting wildlife. Improving the local environment is one of the council’s main priorities and this is a project we are proud to take part in and lead on.”