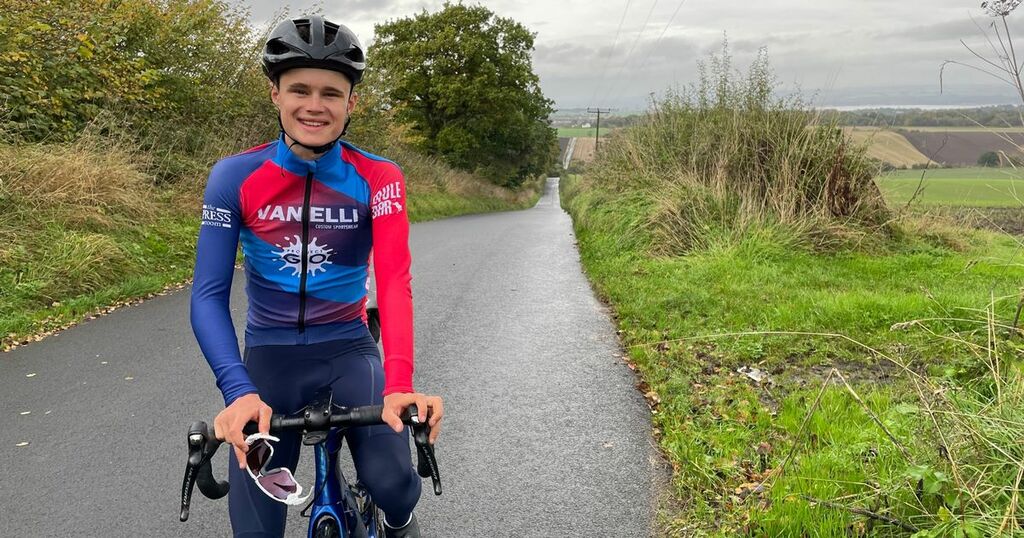 A West Lothian cyclist preparing for his biggest challenge yet – Mount Everest.

Alex Ball (19) will attempt to break the Scottish record for cycling the height of Everest on Sunday.

He has set himself the challenge of riding up and down the local Kingscavil hill to reach a total of 8848m, the height of Mount Everest, to help raise funds for the ProjectGo charity.

Alex says ‘Everesting’ is a challenge in which a person rides up a climb of their choice until they reach the accumulative height of Mount Everest.

Kingscavil has an elevation of 70 meters so he will need to ride up and down 122 times.

The teenage ace grew up as a member of his local cycling club, West Lothian Clarion, but now rides for the Vanelli-Project Go racing team.

And that’s where his inspiration to attack the leg busting record and raise funds at the same time came from.

Alex, from Linlithgow Bridge, said: “Half of the money raised will be donated to Project Go, a charity which is associated with my current team Vanelli-Project Go.

“Project Go was set up by Nick and Kirsty Ohly, and aims to raise awareness and funds towards finding a cure for Duchenne Muscular Dystrophy after both their children were diagnosed with the disease.

“I’d love to help such an important cause, while also showing my gratitude for the support my team has provided this year.

“The other half will go towards covering the costs of me living and racing in Italy with Zappi Racing Team next year.”

The current Scottish record for Everesting is 10 hours 11 minutes, and Alex hopes to best that time on Sunday, adding: “I chose Kingscavil because it’s steep and gains height in a short distance, plus its got a reputation of being the toughest climb in the Bathgate Alps!”

2022 is set to be a big year for the Linlithgow lad. A move to Italy is the next step up for Alex after spending the summer racing in Italy as a guest rider for the Zappi Racing Team.

He continued: “The racing in Italy was much harder than I’m used to with races as long as 180km in 40 degree heat, but I enjoyed the experience and learnt so much about the tactics of road racing.

“I was so excited to be asked to join the team for next season.”