West Ham have re-named a pitch at their Chadwell Heath academy The Mark Noble Arena in honour of their departing club captain.

Noble, who himself came through the club’s academy after a brief spell at Arsenal as a schoolboy, is retiring after Sunday’s final game of the season, ending an 18-year professional career.

The midfielder received an emotional send-off on his final home outing against Manchester City at the London Stadium last Sunday and could make his 550th career appearance for the Irons in this weekend’s trip to Brighton.

His contribution to the development of the club’s young talent has already been recognised with the renaming of the club’s Young Hammer of the Year award earlier this month and a second honour has now followed, with the pitch to be adorned with “bespoke artwork and imagery paying tribute to Noble’s career and status as one of the greatest Academy graduates of modern times”.

“I am truly honoured to have this new Academy facility named after me. Chadwell Heath has a very special place in my heart – it’s where I first kicked a ball for West Ham United, where I grew up as a player and as a person, and where I learned so much from so many good people,” Noble said.

“There is so much great work that goes on behind the scenes at the Academy – all the coaches and support staff who devote their time to developing the players on the pitch and also instilling the standards and values off the pitch that are so important. It’s wonderful that they have such fantastic facilities here at Chadwell Heath now, because it has helped to create a really special environment.” 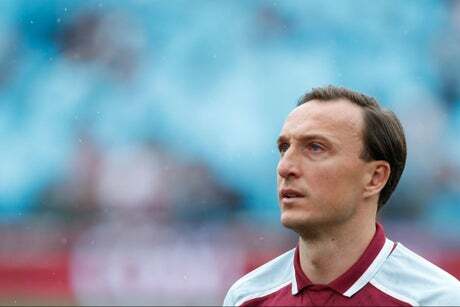 ‘He knocked me down with an orange, I could hear him giggling’ - Mark Noble’s old teammates salute Mr West Ham
The stories of our most adored and celebrated footballers are often told through series’ of iconic images that bring with…

Evening Standard
One subscription that gives you access to news from hundreds of sites
Mark Noble interview: I don’t believe all this is for me, that I was lucky enough to live this dream

Emotions have washed over him in waves over the last few weeks, but now the crying game is almost over.…

The England international looks to be staying at West Ham, but Rio Ferdinand says he could be a future leader…