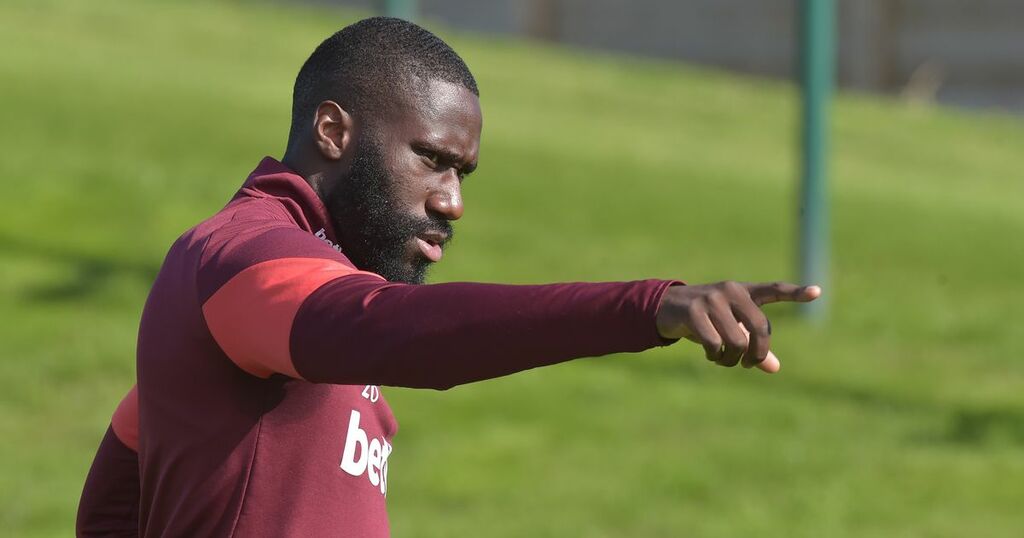 West Ham have received a welcome injury boost with Arthur Masuaku back in training with the first-team squad ahead of the trip to Southampton on Saturday.

The DR Congo international has been blighted with injuries over the past couple of seasons and has made just two first-team appearances in 2021.

Masuaku was a regular at the beginning of the 2020-21 campaign starting ten of the first 11 matches before a knee issue saw him miss the majority of the rest of the season after requiring surgery on the injury.

The 27-year-old has made three 90 minute appearances for the Under-23 side so far this season and is now back in contention for a return to David Moyes' team.

The manager had earmarked Masuaku for a spot in his squad after the September international break and pictures from the Rush Green training ground show Masukau is back with the first team.

Prior to the Hammers last match, their 2-2 draw with Crystal Palace, Moyes said: "We are still waiting on Arthur Masuaku to come back but he has a better chance after the international break," and it looks as though the manager was correct in his assessment.

Alongside Masuaku West Ham new boys Kurt Zouma and Nikola Vlasic got life underway as Hammers and will be pushing for a start at St Mary's.

Fellow new arrival Alex Kral will have just one day to train with the team ahead of the trip to St Mary's. with the Czech Republic international due to link up with the side on Friday.

Kral, along with Tomas Soucek, Vladimir Coufal, Andriy Yarmolenko, Declan Rice and Pablo Fornals were all in international action on Wednesday evening and will be back at Rush Green on Friday.

Said Benrahma was also away representing his country, but with his last involvement coming on Tuesday night the Algerian was already back in London and ready to go on Thursday morning. He was seen enjoying a joke with fellow French speaker Zouma as the Hammers prepared for a busy month of action.

West Ham are now just one week away from the start of their Europa League campaign which begins with a trip to Croatia to take on Dinamo Zagreb on 16th September.

Following their European trip, the Hammers face back-to-back matches with Manchester United in the Premier League and Carabao Cup.

All in all, before the next set of international fixtures Moyes' team have seven matches in 23 days, so the return of Masuaku alongside the new additions to the squad will be most welcome.

Having spent such a long time out inured, Masuaku is likely to be eased back into action but his presence in training is an excellent sign with such a hectic few weeks on the horizon.