West Ham player ratings vs Leeds: Lanzini continues fine form as Antonio back to near his best 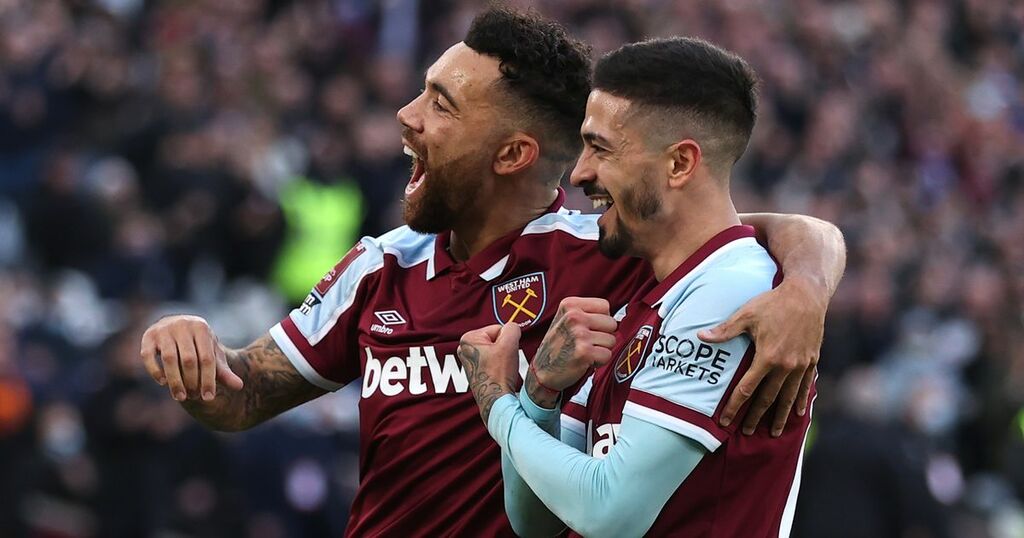 Alphonse Areola - A comfortable afternoon for the Frenchman with some particularly good distribution. 6

Ben Johnson - Was solid in defence and keen to get forward at every opportunity. Another fine display from the academy graduate. 6

Issa Diop - One shaky moment in the first half but an otherwise uneventful game for the defender. 6

Craig Dawson - Won everything in the air and was largely untroubled on the deck. A solid performance. 6

Ryan Fredericks - Got forward well and delivered a couple of excellent crosses. His pace was a huge asset when tracking back the speedy Dan James. 7

Declan Rice - Rice was his usual excellent self, protected the backline well and looked to drive his team on and up the pitch. 7

Tomas Soucek - Covered a huge amount of ground helping out the defence and attack but saw very little of the ball. 6

Nikola Vlasic (off 89) - Unlucky not to open the scoring but his effort fell to Lanzini to bang home. Grew into the game with a couple of good direct runs at the Leeds backline. 7

Manuel Lanzini (off 76)- West Ham's most creative player looking to make things happen whenever he had the ball at his feet. Smashed in his sixth of the season and third in two games to give West Ham the lead. 8

Jarrod Bowen - Bright start from the wide man who got off two early shots and looked a constant threat.Deserved his last-minute goal and took it well. 7

Michail Antonio (off 90) - Looked back to somewhere near his best with some excellent hold-up play and combinations with Bowen and Lanzini. It was Antonio's build-up and persistence that led to the opener. 8

Pablo Fornals on 76 - Had little impact on the game until the final seconds when he played a beautiful pace for Michail Antonio to set up Jarrod Bowen. 6