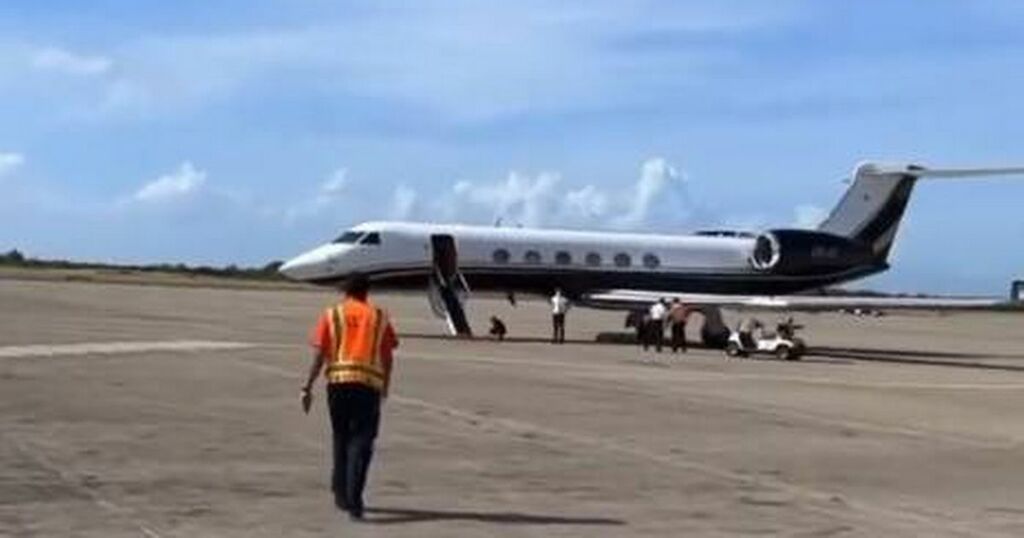 Michail Antonio has been flown back from Jamaica early after West Ham 's owner splashed out £100,000 on a private jet.

The Hammers frontman netted in both of his nation's World Cup qualifiers during the international break, his first strikes for his country having secured a Jamaican passport back in August.

The 31-year-old struck the opener as the Reggae Boyz drew 1-1 with El Salvador last weekend before a 30-yard thunderbolt earned Jamaica another point as they drew with the USA by the same scoreline.

Antonio had been due to fly back to England on Thursday but was returned to West Ham a day early after the club's co-owner David Sullivan chartered the expensive jet in order to rush the star striker back ahead of the Hammers Premier League clash with Wolves on Saturday.

Having arrived back in London on Wednesday evening, the West Ham forward will now link up with his fellow teammates on Thursday - a day earlier than planned after Sullivan intervened and arranged the luxurious mode of transport.

On the runway shortly before boarding the private jet, Antonio took to social media to publically thank the West Ham co-owner for the part he played in allowing the forward to head home earlier than scheduled.

"It has been a pleasure Jamaica. I have enjoyed every minute of it, but it is time to get home, back to West Ham," Antonio said in a post to his Instagram story. "I would like to thank David Sullivan for sorting this out so I can get back earlier and prepare right for the game on Saturday."

The Hammers will be desperate to have Antonio up-to-speed ahead of their clash with Wolves having seen him fire in the goals for David Moyes' side on their way to third in the Premier League table.

The prolific Antonio has hit seven goals in 13 appearances across all competitions as West Ham's impressive form has also seen them dazzle in the Europa League and knock Manchester City out of the League Cup on their way to the quarter-finals next month.

West Ham will no doubt be delighted to see Antonio return injury-free and having carried the fine goalscoring form from his club into his international games with Jamaica.

Can Michail Antonio fire West Ham to a top four finish? Comment below

Despite being eligible to play for England, Antonio declared his intentions to play for the country of his birth earlier in the year as Jamaica tapped up a number of English-based players.

After bagging his first goal for his country, Antonio posted: "Scoring my first goal for Jamaica is a moment I will never forget. Gutted we couldn't come away with the win but Tuesday is a chance to correct that."

The forward then netted in the follow-up fixture against the USA before adding: "Seven years since I last scored outside of the box, what a feeling to do it in the first game back with the Jamaica fans."

West Ham fans will be hoping Antonio can repeat a similar feat as the Irons head to Molineux to face Wolves on Saturday, where a draw or win would see them climb to a lofty second in the Premier League table.