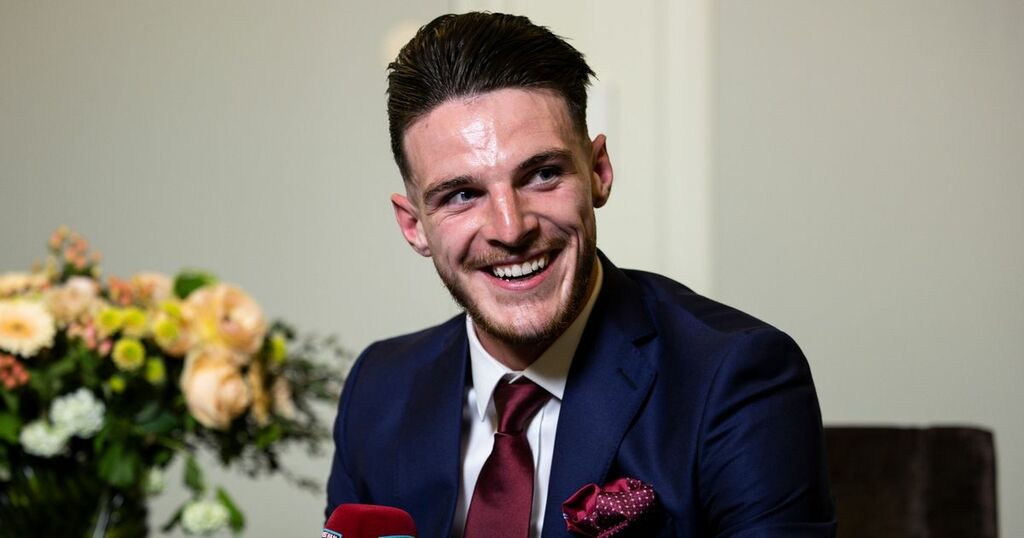 Chelsea are in need of a defensive midfielder, however with the loss of two defenders and the need for wingback…

West Ham are fighting tooth and nail to keep their beloved captain Declan Rice. The 24-year-old England international has expressed his desire to leave the Hammers for quite some time now, yet they do not seem to be giving up. Rice is wanted by many clubs, most especially from the big six in England.

Chelsea, Manchester United and Manchester City are all reported to be interested in signing Rice and the only thing standing in their way is West Ham themselves.

The Hammers have placed an incredibly high price tag on Rice. £100m for a defensive midfielder is quite the ask, no matter how much money your club has. The Man City's and Chelsea's of this world would feel inclined to negotiate that price. I guess that's why West Ham have reportedly offered Rice an astronomical offer to stay at the London Stadium that would keep him in East London for the next eight years. How will Chelsea be able to compete with that?

According to TalkSport, West Ham have offered Declan Rice an eight-year contract with £200,000 a week. As tantalising as the salary sounds, an eight-year contract is unbelievable. It's arguably a show of desperation from the Hammers. The 24-year-old will be 32 once the contract expires, meaning he would have sold himself to the club for the better part of his career. I can understand not wanting your best player to leave your club, but I cannot get my head around such an offer.

Rice wants to play Champions League football, he wants to play amongst the elites in Europe. I have no doubt that West Ham could get to that stage someday, but as it stands, they are 11 points off a Champions League spot for next season. Last season they were only two points away. This highlights the slight regression from David Moyes' team.

The eight-year contract is a deterrent for other clubs to come in for Rice in the future. I struggle to see a world where Thomas Tuchel would wait so long before signing the young England international. As I see it, Rice has two better options. He can see out the remaining two years of his contract or he could attempt to force a move in a similar way that Harry Kane did last season.

Rice has been a Chelsea target for almost two years now. A high price tag of £100million coupled with an eight-year contract offer for the midfielder would act as a deterrent for the Blues, but if he can resist the temptation, he could find himself in Europe if not next season with the Hammers, then the season after with Chelsea.

Chelsea are in need of a defensive midfielder, however with the loss of two defenders and the need for wingback…