The Supreme Court on May 12 told the Enforcement Directorate (ED) that they can go to Kolkata and conduct the investigation in a money-laundering probe, linked to an alleged coal scam in West Bengal, in which the agency had issued summons to Trinamool Congress (TMC) MP Abhishek Banerjee and his wife Rujira Banerjee.

As the ED referred to how the Central Bureau of Investigation (CBI) officials were ‘gheraoed’ (surrounded) in Kolkata earlier and said that Mr. Banerjee is politically “influential”, the apex court observed it may say the Kolkata Police shall extend all cooperation and the State would be bound by that, the moment the agency would make a requisition 72 hours in advance.

A bench headed by Justice U.U. Lalit was hearing an appeal of the TMC leader and his wife against a Delhi High Court order dismissing their petition seeking quashing of summons issued to them in the money-laundering probe linked to an alleged coal scam in West Bengal.

Senior advocate Kapil Sibal, appearing for the petitioners, said they are not preventing investigation in the matter and the ED can come to Kolkata and conduct the probe.

“Supposing in case we say whatever documents, whatever records you need, every page shall be made available and you can come down to Kolkata,” the bench, also comprising Justices S.R. Bhat and Sudhanshu Dhulia, told Additional Solicitor General (ASG) S.V. Raju who was representing the ED.

“My lords are aware … I should not say, there are instances where the CBI officers were ‘gheraoed’ also,” Mr. Raju said.

On May 17 last year, a high voltage political drama was witnessed in Kolkata as TMC supporters held demonstrations at various places, while Chief Minister Mamata Banerjee had offered to court arrest protesting detention of two West Bengal ministers in the Narada case by the CBI.

TMC party supporters had raised slogans against the BJP-led NDA government and hurled stones and bricks at security personnel outside Nizam Palace, which houses the CBI office, protesting the arrests.

During the hearing on May 12, Mr. Sibal said ED has a regional office in Kolkata.

The bench told the ASG that it would say that the State shall, upon requisition by ED, give them a police force.

“Very well, we will give you that kind of leeway. But, you can go ahead, and check the entire record wherever it is…. We will say the state of West Bengal shall, upon your requisition, give you police,” it said.

The court said it is not saying at this juncture that authorities in Delhi are powerless or jurisdiction less.

“Therefore, in order to have a smooth passage, if we say that you are there, the officials can also travel to Kolkata anytime. Therefore, we will say that the moment you make a requisition, 72 hours early, the Kolkata Police shall extend every cooperation and we will hold the state of West Bengal to be bound by that,” it said.

It said the ED is not saying at this juncture whether these persons are accused or potential accused.

Mr. Raju urged the bench to keep the matter for May 13.

Section 160 of the Code of Criminal Procedure (CrPC) deals with police officers’ power to require the attendance of witnesses.

“We are not passing any order but whatever is the status today, shall continue,” the bench said while posting the matter for May 17.

Mr. Raju said there would not be any precipitative action.

In their petition, Mr. Banerjee and his spouse have sought an ad-interim ex-parte stay of operation of March 11 order of the Delhi High Court.

The plea has sought a direction to the ED that they be probed at Kolkata and Rujira Banerjee be exempted from personal appearance and be allowed to appear through her lawyer in the trial court.

The high court had denied the relief to Mr. Banerjee, the nephew of Chief Minister Mamata Banerjee, and his wife who had challenged the September 10, 2021 summons issued to them and had sought direction to ED not to summon them for their appearance in Delhi since they are residents of West Bengal.

It had also dismissed Ms. Rujira’s other plea which had challenged the ED’s complaint filed in the money laundering case against her, the trial court order taking cognisance of that complaint and the subsequent issuance of a summons for physical appearance.

The 34-year-old MP represents the Diamond Harbour seat in Lok Sabha and is the national general secretary of the TMC.

The ED lodged a case under the provisions of the PMLA based on a November 2020 FIR registered by the CBI that alleged a multi-crore coal pilferage scam related to Eastern Coalfields Ltd mines in the state’s Kunustoria and Kajora areas in and around Asansol.

Local coal operative Anup Majhi alias Lala is alleged to be the prime suspect in the case. 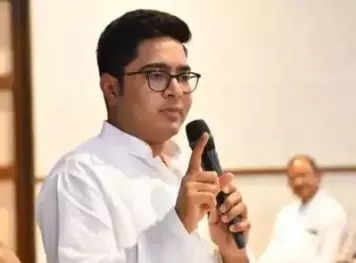