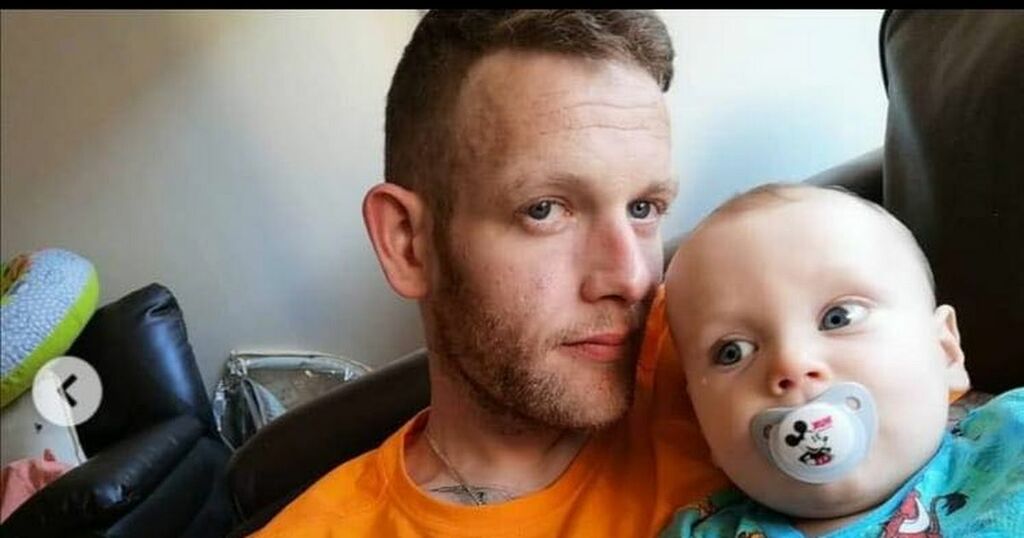 A West Belfast personal trainer is hoping to help others after winning his own battle with substance abuse.

Sean McLaughlin qualified to become a PT back in May, realising a long-held ambition that had been derailed by alcohol and drug addictions.

The 31-year-old, who has been clean for three years now, is working out of GymCo Cityside in North Belfast and also works in sports massage.

Sean told Belfast Live: "I am loving it. Really enjoying it. I am able to help people now, compared to the way I was before. I can do some good instead of causing everyone stress.

"I have always been interested in training but then I went down the wrong path. But now I have come back to it."

Sean believes it is a "miracle" he is still alive today and able to do the job he loves.

He remembers having his first alcoholic drink when he was just 14 years old and was one year younger when he experimented with drugs.

Sean said: "I remember having my first drink when I was just 14. I had just come back from a school trip and it was a lovely sunny day.

"I just loved that feeling and that's when I started drinking every weekend.

"That didn't stop until I was 28 but in between I had worked up to drinking seven nights a week. I cut down every so often but it never really worked.

"I then started taking drugs, and that brought on anxiety, depression and mental health issues.

"It started with some dope, or what we would call soap bar. It then it moved on to stronger cannabis. And then it was cocaine and other herbal drugs. Half the time I didn't know what I was taking. It was just a white powder that got me high.

"Then there was ecstasy, speed, LSD, and I actually did inject one time. I was ashamed when I did that and never did it again, but I was captivated.

"It was some sort of herbal, white powder - I don't even know what it was but at the time I didn't care. I just wanted to get lit.

"I started smoking dope when I was 13 and I was probably about 21 when I started sniffing the other drugs."

Sean added he took drugs to "escape reality" but now realises his addiction was leading to increased feelings of anxiety and depression.

He explained: "At the time I just thought it was good craic but it was really helping me escape reality. So I would have taken anything put in front of me.

"I didn't realise at the start that there were mental health issues there. I didn't know what anxiety was. I was sweating and stuttering a lot, and I felt down. Now I realise it was anxiety and depression.

"I was only confident when I was under the influence of a drug or alcohol.

"When I discovered what mental health issues were, that's when I had a better understanding."

Sean suffered from severe delirium tremens as his battle with booze escalated.

DTs are when people experience a severe form of alcohol withdrawal.

He said: "I used to see things, like big black shadows every night when I was going to sleep. They used to frighten the life out of me.

"If I got drunk, I wouldn't see them. And it was only when I tried to quit the drink that I saw them.

"Now I realise it was the DTs, and the drink was actually making it worse. But I didn't know that at the time. I hadn't a clue about anything and I thought drink and drugs was the best way to blank out the depression and anxiety. But they just made it worse.

"I mostly drank beer but I would go on to vodka, whiskey, shots and even absinthe. I experimented with everything, but my go-to was beer.

"With vodka it would go down too quickly and I would black out. Beer kept the buzz going for a while."

Sean admits his addictive lifestyle turned him into a "narcissist", something he only realised after he got sober.

"I was very selfish and I didn't realise that I had become narcissistic. During lockdown I realised that I was and that's not the way I want to be.

"It was only when I went on a voyage of self discovery, or whatever you want to call it, that I realised all this.

"Any friends I had in recent years, I projected my anger on to them and then I would make it out that they were the problem. There is no other way to put it other than I was a d***.

"I blamed everyone else and accused them of not understanding me. But if truth be told I didn't understand myself. I was short-sighted and didn't realise I was heaping misery on everyone else."

Sean reached his lowest point when he was "25 or 26" - a suicide attempt that was only prevented by his pet dog.

It was after returning home from a house party that he decided to "end it all", but found his saviour in the form a Terrier puppy called Caesar.

Sean said: "I came home, absolutely blocked and zoned out, and I decided I was going to kill myself.

"I was sitting just thinking, 'This will be over soon' and then the kitchen door opened and my wee pup walked into the room and just looked at me. I remember thinking if I die then the dog will be on its own.

"I just held the dog and just started crying. I took the dog to bed and kept crying.

"I was about 25 or 26 at the time and everything was getting on top of me and I didn't know how to deal with it. It is heartbreaking to think I was in that position, and what I could have left behind for my mum.

"I am so glad that didn't happen."

Sean added: "My friend then died of an overdose and that really hit home. We were mates since we were 11.

"That was probably my lowest point - lower than the incident with the puppy. I didn't know what to do.

"That's when I realised I needed to get off the drugs. My granny died about a year later and I was drinking heavily and taking drugs at the time. I just knew I had to do something or I would end up dead.

"I had a partner at the time and I didn't want to die. So I got off the drink, and thankfully I went from strength to strength since then."

Sean remembers his last booze binge and how his mother saved him from relapsing six months after getting sober.

He said: "I probably had my last drink when I was 28. I had 22 large cans of beer, and I had one left which I couldn't drink. So I kept it in my fridge as a reminder to never drink again.

"Then one day I opened the beer and I remember smelling it and I was about to drink it. Then my mum phoned out of the blue and I told her what was happening and she talked me out of it.

"I was six months' sober at the time, and I was very close to a relapse. And that phone call saved me.

"I was an alcoholic but I was highly functional. I was able to get up for work. Some days I would be late but I did the day's work.

"Sometimes I wonder if I was a drug addict. There were loads of times I felt I needed drugs but then I could go without them. But I was probably kidding myself.

"I would end up sniffing gear at midnight, knowing I was up early the next day for work. So when you look at that, I was an addict."

Sean has transformed his life, and health, since quitting alcohol and drugs three years ago.

And now he is determined to help others in their own fitness goals, and support anyone who is struggling with substance abuse or mental health issues.

"I am now engaged to my girlfriend and we have a wee son called James. I am a sports massage therapist and now I am a personal trainer.

"I wanted to be a PT when I was 17 but never had the confidence to do it. So this is a life aspiration for me.

"For some people I am just a PT. But this is something I thought I would never do.

"Hopefully I am showing my son that you can live well and be happy doing a job you love. You can be happy with work. I don't want him going through the same struggles as me.

"My son will be one this month, and he has totally changed my life. He is the best wee thing.

"I couldn't put it into words. He is everything. He is my driving force."

Sean added: "I am hoping to help others now.

"I can talk from experience about addictions and mental health issues, and I am always here to listen to anyone out there who is struggling.

"So it is exciting.

"I want to make up for the heartache I caused in the past. I want to give something back and put some good out there."