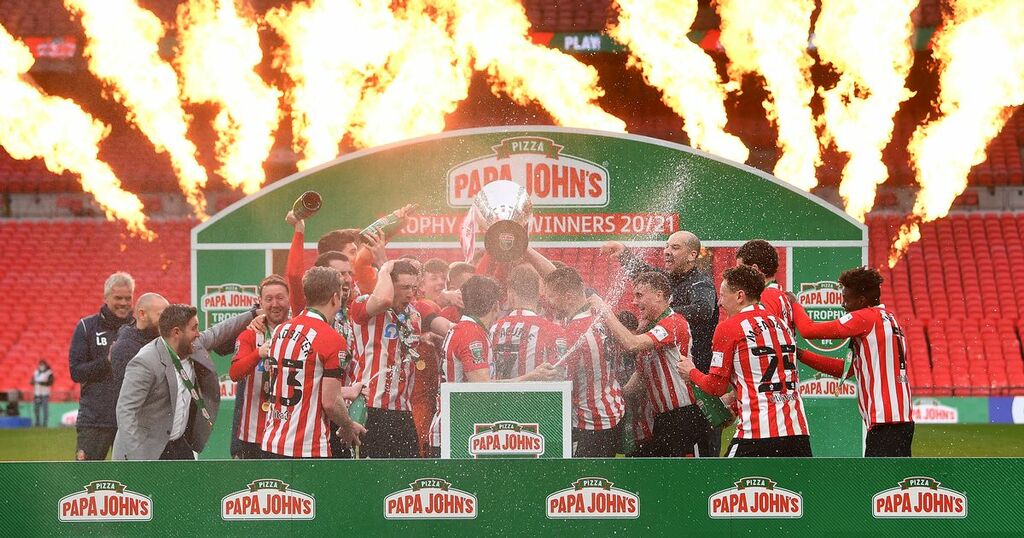 Sunderland at Wembley: An 11-act tale of footballing triumph and tragedy
A run-down of Sunderland's previous visits to Wembley, ahead of next week's League One play-off final

"We need to deliver." Four words from Alex Neil that have epitomised a 48 game season with one final hurdle standing in Sunderland's way ahead a possible return to the Championship.

Sunderland's previous play-off campaigns have all ended in defeat, despite Swindon Town's financial irregularities granting them promotion back in 1989-90. For all the negativity and heartache surrounding the Black Cats previous play-off endeavours, there's a feeling that this could be different.

Neil has tested defeat just once during his stint in charge of the Black Cats, finishing just six points adrift of the automatic promotion places in League One. Supporters are right to question 'what if he'd been in charge to face Doncaster Rovers and Cheltenham Town?'

Why? Because under the Scotsman, they've found a way to win games when results are what matters the most. Something that should stand them in good stead ahead of May 21st when they square off against Wycombe Wanderers.

Gareth Ainsworth's side have been here before, winning the play-off final against Oxford United back in 2019-20, albeit behind closed doors. Sunderland should not let their play-off past impact their preparations for the upcoming clash under the Wembley arch.

The Papa John's Trophy win against Tranmere Rovers ended a 48 year wait to win at the home of English football. A dark cloud that has long hovered overhead.

Just five members of the matchday squad that won at Wembley remain on Wearside. Lynden Gooch and Luke O'Nien were the only players who started at Wembley, to also start against Sheffield Wednesday at Hillsborough on Monday night.

The duo have been impressive in Sunderland's late season run in and have proven dependable once more this season. Their experience of winning under the Wembley arch - Gooch scoring the winner against Rovers - will prove invaluable.

As far as Neil is concerned, there'll be no play-off scars, despite two of the last three season's resulting in failure. Speaking to Sky Sports after the semi-final second leg, he said: "I don't think our fans will think that [play-off scars will affect the team] to start with. The belief they've got in this team, the run we've been on, the fact we keep coming back and scoring late goals, the determination from this group, I don't think that fans will think that one bit.

"I think the fans start to believe in this team and I think that they believe we'll go to Wembley and do everything we possibly can to win the game. I'm confident and they'll be confident, our fans will be confident, but we need to deliver."

Wycombe vs Sunderland ticket details: How to get your seat for League One play-off final

Sunderland at Wembley: An 11-act tale of footballing triumph and tragedy
A run-down of Sunderland's previous visits to Wembley, ahead of next week's League One play-off final