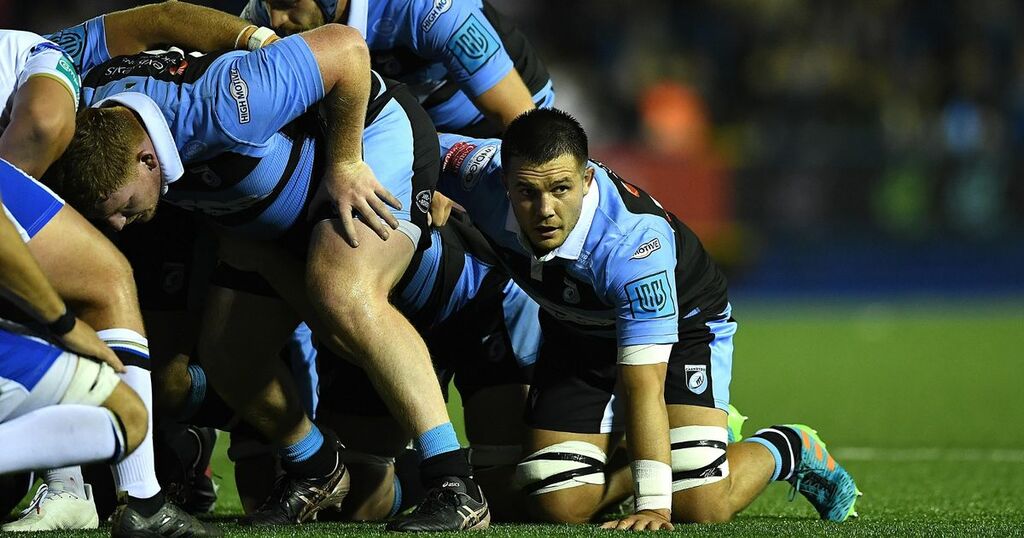 Pre-season is over and the wait now begins for the start of the competitive action.

The United Rugby Championship kicks off in two weeks time - with all of the Welsh sides having hit their last ruck in anger this weekend in preparation for that.

Here are the winners and losers from this weekend...

Where else to start but with the return of Gareth Anscombe.

761 days after last appearing on a rugby pitch, he finally made his debut for the Ospreys.

The road back from the injury that ruled him out of not just the 2019 World Cup, but the two seasons following the tournament, has been a long and hard one - and things won't let up just yet.

Patience will be a virtue and thoughts of a Wales recall are a little down the line for now.

Right now, it's just about enjoying seeing the 30-year-old on the park again.

The Ospreys came very close at Northampton, and you can read the report here.

That's up there with other famous understatements such as comedian Spike Milligan's headstone, which was famously inscribed with: "I told you I was ill".

The Dragons and Wales star ended last season in scintillating form - running in tries from all angles for the Rodney Parade side.

If their pre-season win over Wasps was any precursor to how things might play out when the URC kicks off later this month, then Holmes' brace in Coventry suggests he'll still be finding the whitewash with an astonishing regularity.

You can read the report from the Dragons' impressive win here.

Sometimes you don't appreciate something until it's gone.

That was certainly the case with Welsh flanker Tommy Reffell's performance for Leicester against the Scarlets on Thursday.

He was impressive in the first-half at Welford Road, but it was his absence in the second-half that was perhaps even more noticeable - with the Scarlets getting plenty of joy on the park without him.

Here's the report from the Scarlets' victory.

A glimpse of what we're missing

How great has it been to see Welsh sides going at it, albeit in pre-season mode, against English outfits in front of fans?

For so long, supporters have been kept away from grounds because of the Covid-19 pandemic.

So getting back to stadiums against English opposition has been something of a welcome tonic for fans.

What a shame we can't see these clashes week-in, week-out in the league.

It's unlikely to happen, but it's hard to deny it wouldn't be the best way forward for the Welsh sides.

A crushing piece of news that the Wales full-back will reportedly be out of the game until next April.

It was cruel enough that he sustained the injury minutes into his 100th cap, but the fact that it'll keep him out for the best part of a year is a sobering reminder of how fragile a rugby player's career is.

A set-back for the Welsh pair after masterminding a surprise victory last week.

While their Canada side may have stunned the US in the first-leg of their World Cup qualifier, they couldn't hold onto that advantage as the Eagles won out in the second match to progress to a clash with Uruguay for a place at the 2023 World Cup.

All is not lost for Jones and Howley though.

Canada, who have qualified for every World Cup, will face Chile now for the chance of a play-off against the losers of the match between the US and Uruguay.

Win that and they'll be in France in two years time.

Even then, there'd still be one more chance of qualification after that. Time - and opportunities - are firmly on their side.

For the latest rugby news, interviews and analysis sent straight to your inbox, you can sign up for our Welsh rugby newsletter.