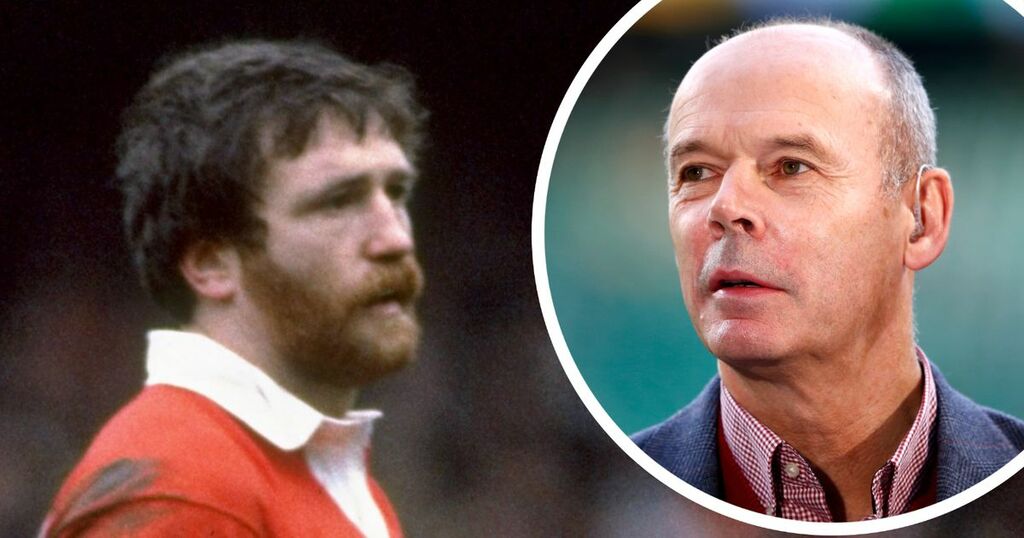 Sir Clive Woodward has paid tribute to the late Ray Gravell on the weekend which would have seen the legendary Wales centre celebrate his 70th birthday.

The pair became unlikely friends on the British and Irish Lions tour of South Africa in 1980 — Woodward the think-outside-the-box Englishman who went to naval school and Loughborough University, Gravell the passionate Carmarthenshire native and son of a collier who would run through brick walls for Wales.

Gravell had been the player who led the Welsh team in impromptu unaccompanied singing of Hen Wlad Fy Nhadau when the band at Twickenham failed to play the Welsh national anthem ahead of the England v Wales game in 1976.

Mervyn Davies later said: "I recall Grav, as a Welsh nationalist, being incensed. He was not going to play until he had sung it so he started singing and we all joined in. It felt like an insult to the Welsh but it galvanised us."

It would not be hard to imagine the bearded warrior battling the English in ancient times.

Yet he and the future England head coach Woodward got along famously.

Gravell would have reached his three score years and 10 on Sunday. To celebrate him, S4C will be showing Grav, a film telling the story of his life, on Sunday evening.

In a personal tribute to his fellow Lion on the Welsh language channel, Woodward says: "I have lots of memories of Ray Gravell and it’s strange that internationally, we never played against each other.

"We both got picked for the Lions tour in 1980 and that’s where the whole thing came from. They just put us in a room together. I thought 'oh my goodness', because we were totally different people, chalk and cheese.

"But everywhere we went, we were room-mates, and we became good friends.

"My memories of him are just him, non-stop talking.

"In the middle of the night, he would just ask me the most bizarre question. There was one night where he sat up and said: 'Paul Ringer was innocent!'

"I was playing in that game [England v Wales at Twickenham in the 1980 Five Nations] and we just had this big debate then, about two o’clock in the morning, about whether Paul Ringer should have been sent off or should not have been sent off.

"I remember these incredible conversations.

"For a guy who I’d never met before, we all love the Lions but you do make these incredible friendships and it was no fluke that us two were put together, because we were from two different ends of the spectrum in terms of where we came from."

They stayed good pals, with Gravell greeting Woodward with trademark enthusiasm whenever they came across each other — enthusiasm which would bowl the later knight of the realm over, often literally.

"All the years after we finished playing, I’m now working for the media and so is he, and it became his trait, whenever we met on the international scene, he would just flatten me," laughed Woodward.

"I was pitchside at Cardiff when England were playing Wales and we’re about to go live on air in about three or four minutes, and suddenly — bosh! He absolutely flattens me and stands above me and goes: 'Soft centre, you always were a soft centre!' And then he picks me up, gives me a big hug and says: 'How are you, bach?' And that became his party piece.

"It didn’t happen once — any match where we were both at, a club game or an international game, he would get me. He would hide behind cupboards and fences and cameras, come out and smack me down, bang, bang, ‘soft centre, 'soft centre!' And he loved it, it was his party piece. He always knew I was there.

"I can see him now, his beard looking down on me: 'Soft centre, soft centre!'

"That was Gravell, he was just this larger than life character in every single way and I was really lucky to have known him as long as I did."

Watch the film, Grav, on Sunday, September 12, at 9pm on S4C. English subtitles are available. You can also watch Grav and Chwedloni on demand on S4C Clic and iPlayer.