Wellington reopens to a post-Delta level 2 tomorrow: Here's what to expect 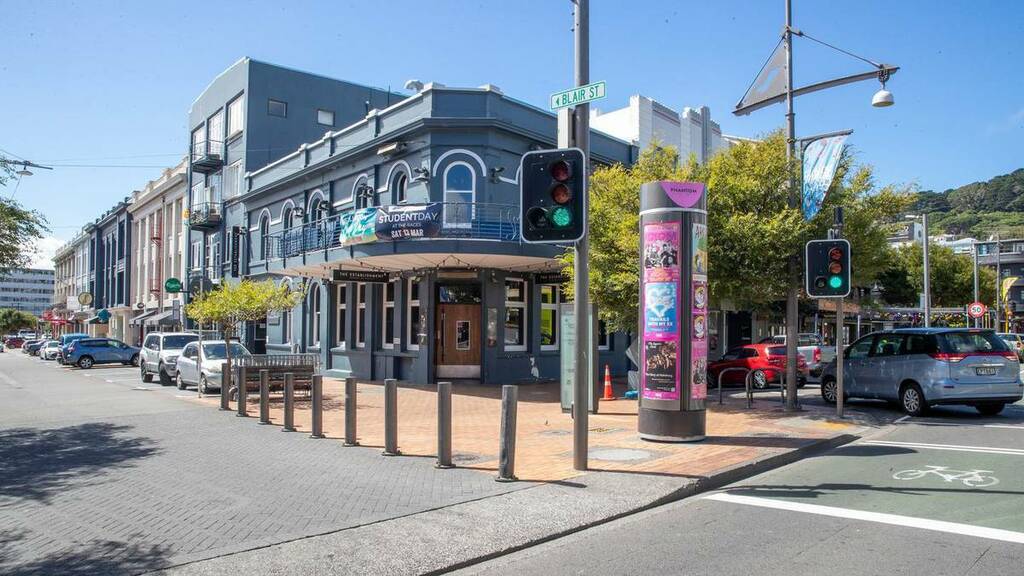 With mandatory masks, no standing on buses and venues operating at 10 per cent capacity, the capital reopens to a post-Delta level 2 tomorrow.

The country outside of Auckland will move to alert level 2 at 11.59pm tonight, after three weeks of level 4 and 3 restrictions.

Among the very first to open will be Wellington's Dakota Bar at midnight tonight, albeit with 50 socially distanced patrons.

When announcing the alert level move yesterday, Prime Minister Jacinda Ardern said tomorrow's level 2 would have heightened restrictions in line with the infectiousness of the Delta variant.

Among the new Delta level 2 rules is a restriction of 50 people in indoor venues.

Wellington entertainment group operations manager Cody Halton manages Wellington venues Dakota and the Establishment, both of which would be opening under severely restricted capacity at alert level 2.

Dakota Bar would open at midnight tonight, a minute after the region ticked over into alert level 2. The Establishment will follow at 4pm tomorrow.

Both were large venues and Halton said 50 people would feel "a little bit quiet".

He said they had considered whether it was financially viable to open at all under alert level 2.

"But for the wellbeing of the staff and the image in the community, it was imperative that we opened. Both are hotspots in the local Wellington nightlife," he said.

"We need to present a united front and be there not just for the staff but for the people of Wellington."

Along with reduced capacity, the amendments to alert level 2 included mandatory mask-wearing and QR scanning.

He hoped patrons would be understanding of the rules and patient with staff members trying to enforce them.

"This is the time that a lot of local businesses need the community's support and I hope they're understanding of the staff," he said.

"I know after a few drinks it can become a little bit annoying to have to sit down and wear a mask but it isn't us making the rules.

"We're all going through it at the same time and a little bit of patience can go a long way."

Wellington venue Rogue & Vagabond confirmed they would reopen, but punters would have to wait until level 1 for live music.

"Especially with the restricted seating – musicians would be performing to not many people all spread out throughout the bar.

"It kind of takes the soul out of it and I think it would feel more depressing to have it than to not."

She said they were excited to be back at work, even though the 50-person cap would cut their indoor capacity down to about a third.

"The alternative is not being open at all, and of course we'd rather be open," she said.

"I think we would have opened regardless of what the restrictions were at alert level 2, just to be open and get some money through the tills."

"Most of us in hospitality, we need that person-to-person interaction."

Meanwhile foodies are in for a second helping of Wellington on a Plate - the biggest culinary event in the Southern Hemisphere and one of the busiest times of the year for Wellington businesses.

It was cut short by a fortnight by the sudden announcement of lockdown last month, but director Sarah Meikle said Wellington on a Plate would return for up to four weeks from tomorrow.

It was hoped the extra two weeks would help account for the 50-person restriction. More than 90 per cent of the events postponed by the lockdown were scheduled to go ahead.

She said the participant venues were adaptable and would be able to offer their festival dishes and cocktails under alert level 2 restrictions.

"The hospitality industry has been here before - they are very nimble when it comes to accommodating those rules of separate, seated service and, now, ensuring diners are scanning in and masked," she said.

"Yes, it's challenging, but this is what has to be done to open doors again, as well as keeping diners safe and confident when dining out."

Field & Green owner Raechal Ferguson said in the two weeks of the festival that had taken place pre-lockdown, the restaurant was the busiest it had ever been, and patrons were looking forward to it reopening.

"Since the level 2 announcement yesterday, bookings have been flying in every 20 seconds. We were prepared and ready to go.

"The mask wearing is the biggest change for us, but it was no surprise as this is what has been happening overseas.

Chef and owner of Wellington restaurants Hillside Kitchen and Daisy's, Asher Boote, said they would be getting back to "as normal as can be as quickly as possible".

He said the alert level 2 restrictions implemented for Delta would likely not hugely affect his venues.

"Hillside is only a 20-person restaurant," he said.

"The mandatory signing in was something we pretty much did anyway, we felt that was the most responsible thing to do.

"It is a frustrating situation because it kind of halved our capacity in what we can do and it puts a bit of a different pressure on service – generally we like to have multiple people going to tables and serving, so it changes the experience that we offer a little bit."

He said level 3 and level 2 were challenging from a business perspective, but were good for workplace morale in allowing them to return to the work they loved.

"We're hospitality workers and hospitality is about looking after people … we're excited to be able to do what we're good at again."

Wellington Airport advised they would be operating around 50,000 airline seats – about 43 per cent of the usual level 1 capacity.

Air New Zealand was scheduled to operate 266 return flights per week to its usual domestic destinations, but Auckland capacity was heavily reduced.

Jetstar would operate 13 return flights to Christchurch and four to Queenstown, and Sounds Air would recommence services to Blenheim, Nelson, Westport and Tāupo.

Metlink has warned passengers of some disruption and delays as Wellington's public transport system resumes its full schedule.

General manager of Metlink Scott Gallacher said it would take a few days for technology and the frontline teams to readjust to its full service.

"We expect many people will, in accordance with Government guidance, still be working from home but we will see an increased demand for services.

"My request to passengers who can't work from home is to have patience with us and our staff as we get back up to speed."

A change to alert level 2 requiring all passengers to be seated would also affect the number of people Metlink services could carry.

PSA national sector lead Kathy Higgins said not all public service workers would be returning to the office this week.

"If you look at some of the larger government departments, they don't actually have enough site or enough room to house all of the employees they have, so I think there will be a continuing balance of people working from home and people working from the office."

She said most office workers were well-adjusted to working from home after the second lockdown.

"This time I think people were geared up, they had the necessary equipment, they knew what they were doing, people had become technologically savvy."