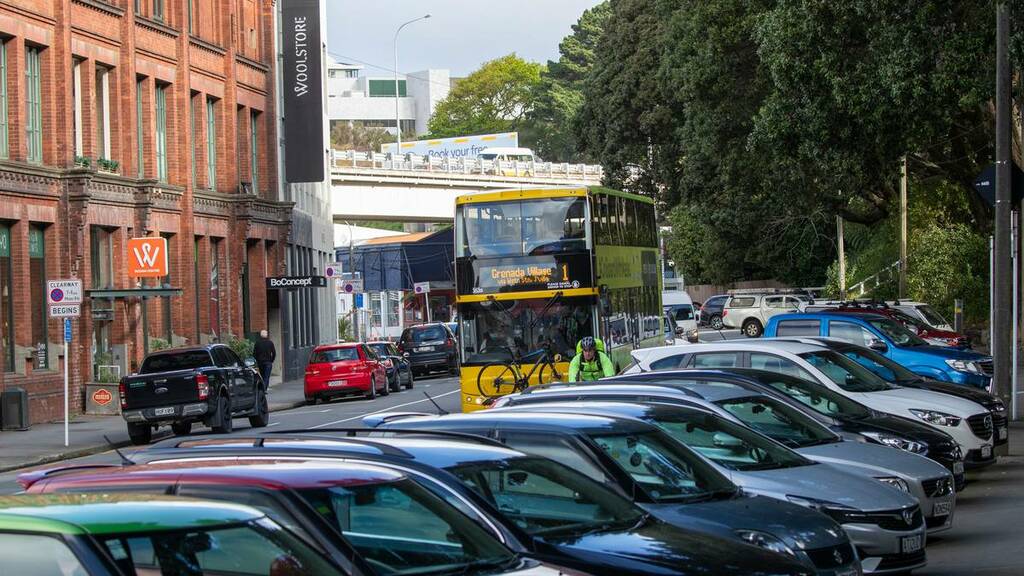 Businesses on Wellington's Thorndon Quay are threatening the city council with legal action over the removal of car parks, which they say is "totally tone deaf".

Angle parks are being replaced with parallel parking spaces to make it safer for cyclists along the busy gateway to the city. It means there will be 72 less car parks.

Thorndon Quay Collective chairman Paul Robinson said businesses were surprised to receive letters that work would be starting a few days after the city shifted to Covid-19 alert level 2.

"Businesses have been locked down for two or three weeks. We're just desperate to get ourselves sorted out and back on our feet and the next moment we're fighting rearguard action against the council."

The collective had requested more information from the council to inform a legal opinion on whether to seek a judicial review of the decision.

"We're still awaiting legal advice, but if the advice is that we have a reasonable chance of success, we would be very willing to take that action", he said.

The collective has accused the council of failing to consult properly, failing to take into account social and economic impacts, and using unreliable parking data from Covid-19 alert level 2 in 2020.

But the council's transport and infrastructure manager Brad Singh said the parking changes were included in Let's Get Wellington Moving consultation.

Singh noted the collective was also given the opportunity to make both written and oral submissions to council.

"We are comfortable that we followed a robust consultation process which met the requirements of consultation under the Local Government Act and we are now implementing the decision made by council."

He said analysis of three data sets from 2017, 2019, and 2020 showed the remaining parking was expected to meet existing needs based on average occupancy rates.

Robinson said parking has always been a key proposition for businesses on Thorndon Quay.

"You can come and do business with us because car parks are readily available.

"There's no way in the world you're going to catch a bus into town to pick up 40 litres of paint and take it on a bus."

She said she understood that tradies and people doing DIY were not going to carry materials and tools on a bicycle.

"It's not about expecting absolutely everybody to shift modes, we just want as many people who don't need to be in private vehicles to not be in them."

Paul pointed out there would still be 202 car parks for those who needed them.