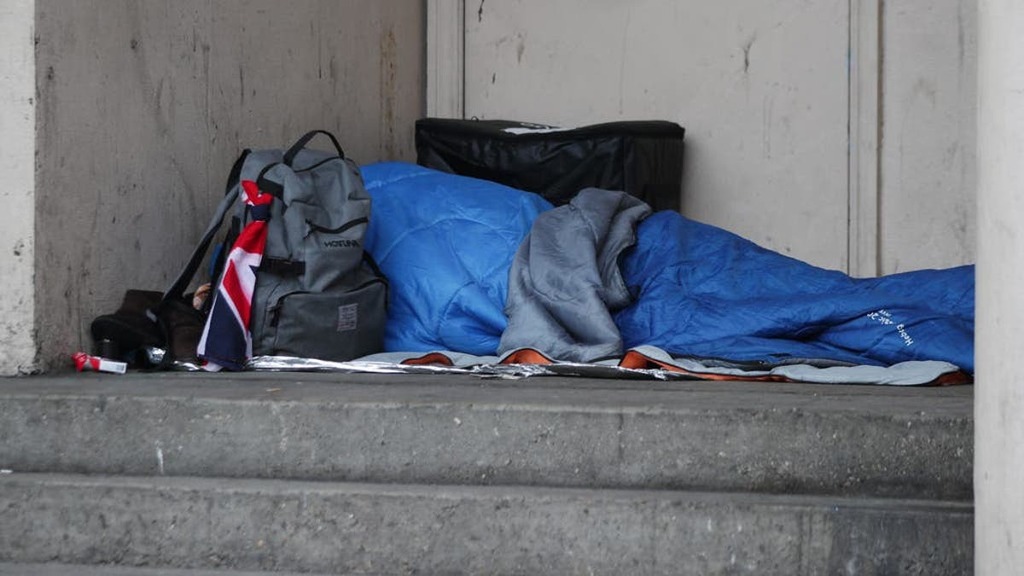 Black, Asian and minority ethnic communities are more likely to face unaffordable housing costs because of poverty, the benefit cap, immigration policies such as ‘No Recourse To Public Funds’ (NRPF) and racism in the labour market, new research has revealed.

One quarter of these groups, excluding Indian employees who are overrepresented as homeowners, are paying housing costs that are unaffordable (25 per cent), compared with 10 per cent of white workers, the study by the Joseph Rowntree Foundation has shown.

Minority ethnic households across the UK are twice as likely to live in unaffordable housing than their white counterparts, while local authorities with more Black residents have higher rates of rental evictions than average.

Khem Rogaly, one of the report’s authors, said: “Our research lays bare the shameful reality that people from ethnic minority communities are much more likely to be living in unaffordable housing that has a detrimental impact on their living standards.

“UK welfare and immigration policies are disproportionately limiting the incomes of BAME people, restricting their access to affordable housing, while Right to Rent policy is in some cases driving direct discrimination against certain groups.”

This paints a bleak picture of the already-stark racial disparities in housing across England and Wales.

Just under half (4 in 10) of ethnic minority workers whose characteristics mean they are likely to be subject to ‘No Recourse to Public Funds’ are paying unaffordable housing costs compared to 1 in 10 white employees.

“We know that people of colour are more likely to face inequalities in our labour market, and to face obstacles to getting support because of welfare and immigration policies. These factors, combined with the appalling direct discrimination people of colour sometimes suffer when accessing housing, explain some of the reasons for this disparity,” he told The Independent.

“To tackle this injustice, the Government must look closely at the systems which are holding people back. People of colour are more likely to be trapped in low paid, insecure work. Our social security system disproportionately limits the incomes of households from ethnic minority communities through policies like the benefit cap.

“Our immigration policies exclude certain groups from getting the support they need to avoid destitution and homelessness. If we do not revisit these policies, we are likely to continue to see evidence of shocking racial inequalities in our society.”

The most devastating impacts of the Covid-19 pandemic are being borne disproportionately by the least wealthy and most marginalised groups in society affecting all sectors including housing.

Polling by the JRF conducted in September 2020 showed that ethnic minority renters were disproportionately worried about paying their rent between November and January, when compared to white people. For people subject to NRPF, lacking access to either social housing or social security, arrears can quickly lead to homelessness and destitution.

Moreover, some ethnic minority communities have faced disproportionate death rates in part due to overcrowded housing conditions which is, more often than not, due to poverty.

Now, organisations are urging the Government to address this disparity as a matter of priority.

“These figures are shameful but unsurprising. They are further evidence of not only the broken housing market in Britain, but of the direct and damaging impact that racial inequality has on Black and other minority ethnic communities,” Race Equality Foundation CEO Jabeer Butt told The Independent.

“Our work shows this is only likely to worsen, with more people from these communities in housing arrears due to the pandemic’s impact on income.

“Sadly, expensive Government schemes such as Help to Buy and stamp duty holidays will not help. We urgently need a scheme to eliminate rent arrears and for the moratorium on evictions to be re-established. Beyond this, large-scale investment in social housing, major housing improvement programmes in inner cities, rent control and proper regulation of private renting are the only ways we will properly tackle racial inequality.”

Polly Neate, chief executive of Shelter, told The Independent that racial inequality is “baked into our housing system”.

“Shelter’s own research has also shown that Black and Asian adults are far less likely to have a safe and secure home. These shocking figures are proof of the racial inequity baked into our housing system,” she said.

“Access to a decent home should never depend on a person’s race or ethnicity. The structures and policies that drive systemic racism and discrimination must be challenged and dismantled. The government has the capacity to provide the sanctuary of a safe home to everyone, but to do that it must increase the number of decent, genuinely affordable, social homes.”

Indeed, present inequality in housing is built on a long history of structural discrimination, JRF has concluded in its report.

Black households have some of the lowest rates of home ownership in England and the median accumulation of wealth through homeownership for a Black family over the last 10 years is zero, according to Office for National Statistics data analysis published in May via Bloomberg.

On the other hand, 68 per cent of white British households and 74 per of Indian households own their own homes.

The JRF study follows recent statistics from the the Ministry of Housing, Communities and Local Government (MHCLG) showed that Black households are three times as likely to experience homelessness.

Some 288,470 households were assessed as being owed help from their local council in England during 2019-20.

Of the lead applicants from these households, 10.7 per cent were Black, while black people are only estimated to make up 3.6 per cent of England’s population.

An MHCLG spokesperson said: "We want to support more tenants into taking the first step into home ownership and building more affordable homes is key to that- that’s why we announced that we’re investing £8.6 billion for affordable homes.

"Part of the largest single investment in affordable housing in a decade, the Affordable Homes Programme funding will deliver around 119,000 homes, including 57,000 for ownership, 29,600 for social rent and 6,250 affordable rural homes."