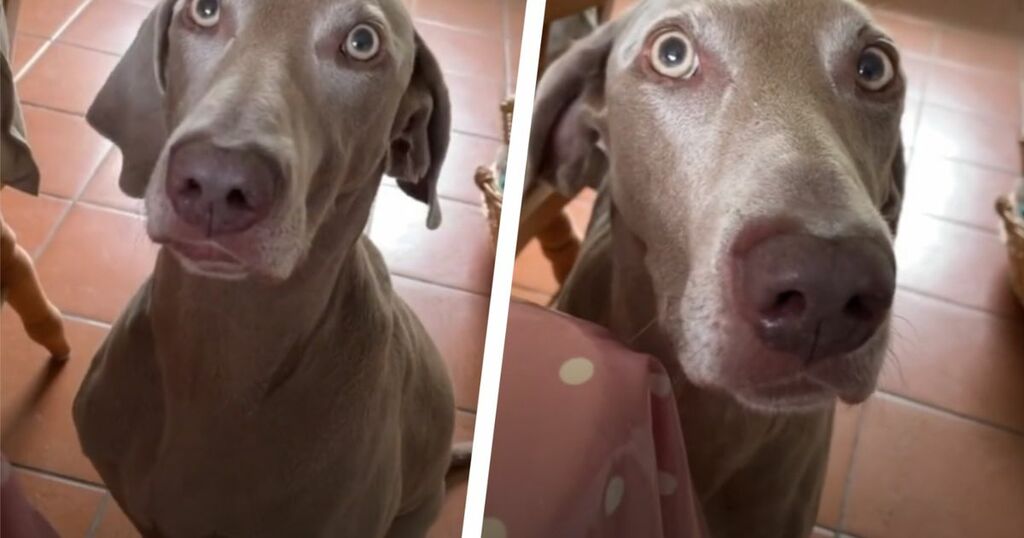 Sometimes all you fancy is a 99p cheeseburger from McDonald’s - and Gus the Weimaraner is no exception.

The chatty pup made sure not to let his owner forget to save him a bite of her fast food snack, otherwise she would never hear the end of it… quite literally.

In an adorable TikTok video, six-year-old Gus sits beside his owner at the kitchen table, crying for a bite of her dinner.

But he doesn’t just beg for a few scraps, Gus performs a wonderful tap dancing routine full of spins and toe-taps.

His musical number, which is performed to the tune of his own whining, appears to go on for several minutes as he licks his chops.

The video was captioned: “See what all the fuss is about at the end,” and Gus’ owner turns the camera to her table to reveal a half-eaten McDonald’s cheeseburger that the dog just can’t wait to get his paws on.

It appears that being food-driven is simply in the breed's nature, with many Weimaraner owners taking to the comments to reveal their pup does the very same thing.

One said: “We have a Weim puppy and I genuinely thought I wasn’t feeding him enough because of the begging.”

Another added: “My Weim would have done this over a milkshake.”

And it’s not the first time the silver hound has been overjoyed by the popular fast food chain.

In another video posted in March, Gus parades around his kitchen holding a McDonald’s takeaway bag, and just wants to show it to everyone.

He does some spectacular spins before his owner hands him the box of fries to enjoy as a pre-birthday treat.

Weimaraners were originally bred as gundogs in their native Germany and are known by some as the ‘Silver Ghost’ or the ‘dog with the human brain’.

The Kennel Club describes the breed as: “Fearless, friendly, protective, obedient and alert.”

But despite their noble roots and hunting background, they can be the biggest goofs.

In another viral clip, Bane the Weimaraner didn’t quite live up to his Batman baddie namesake when he spotted a new ornamental duck in a garden water feature.

The seven-year-old had a tentative nibble at the duck but backed off a few times, before finally plucking it from the water triumphantly by its nose and carrying it away.