Wednesday briefing: Healthcare levy ‘a kick in the teeth’ 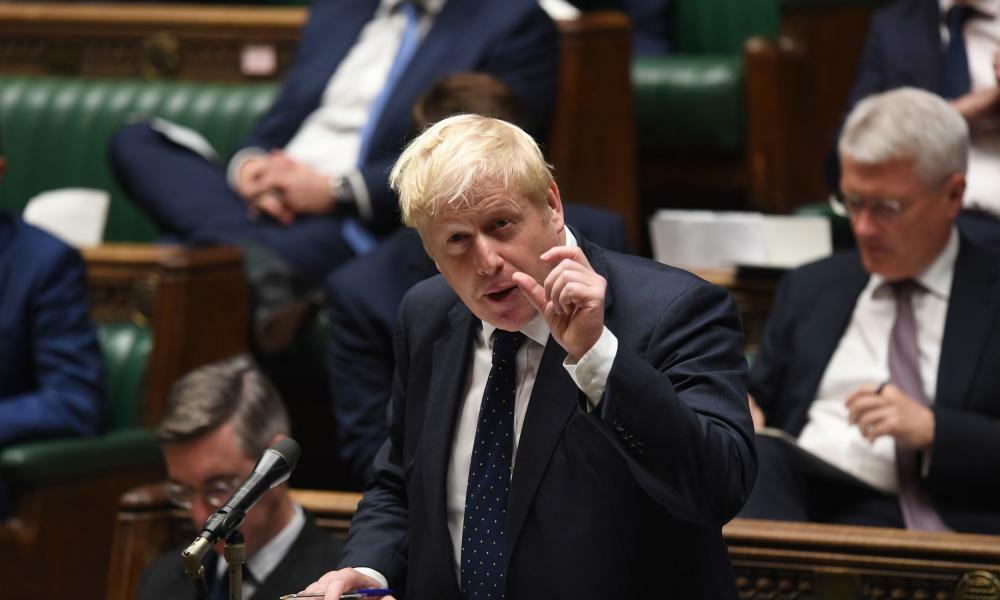 Hello, looks like we’ve got another Wednesday on our hands. Warren Murray here to help you get started.

MPs are set to usher in a £12bn healthcare levy, pushing the tax burden to a record peacetime level, as Boris Johnson admits breaking a manifesto promise by introducing a 1.25 percentage point increase in national insurance contributions (NICs) in the name of fixing the NHS and social care. The PM declined to rule out further tax increases later in the parliament.

Under the proposals, patients entering the social care system from October 2023 will not have to pay more than £86,000 over their lifetime. More means-tested support will also be provided for those with assets of between £20,000 and £100,000. In an effort to avoid the charge that it unfairly hits younger voters, the government announced that from 2023-24 workers over the state pension age would pay the new levy. Dividend tax will be increased by 1.25 percentage points to capture company owners who pay themselves through dividends. Less than one in every six pounds of the money raised will go to social care in the first three years of the plan. The health and social care secretary, Sajid Javid, declined to say what proportion would go to the NHS after that.

Keir Starmer, the Labour leader, attacked it as “sticking plaster over a gaping wound” while elsewhere on the political spectrum the free-market Adam Smith Institute said the tax hike represented “a kick in the teeth for all the young working people of this country who have already been hard done by the pandemic”. Social care providers and charities warned the extra resources would not be sufficient to improve standards for the more than a million adults receiving social care.

> Proposals for a huge shake-up of the UK parliamentary map in Wales have provoked criticism for threatening to break up tight-knit valley communities in the south and creating vast, unwieldy rural constituencies.

> Britney Spears’s father has unexpectedly filed a request in court to completely remove the conservatorship over his daughter’s life.

> A “botched” scheme to insulate England’s draughty homes collapsed after six months because officials rushed its design, had an undeliverable timetable and failed to heed industry warnings, Whitehall’s spending watchdog, the NAO, has found.

> The past 18 months have left many parents and carers feeling overwhelmed, irritable and wrung bone dry. Can balance ever be restored? asks Saima Mir.

‘Influence policing’ – National and local governments are making worrying use of targeted online advertising based on sensitive personal data to “nudge” the behaviour of the country at large, University of Edinburgh academics are warning. In one example cited, the National Crime Agency collected data about young people to whom it made “knock and talk” visits, using the information to craft profiles of “at-risk” teens. Those profiles could then be used to run “influence policing” campaigns online. Ben Collier from the university warned such practices could encourage departments to play fast and loose with personal data, while also being counter-productive. Frequently, such campaigns were being outsourced to third-party marketing agencies, a practice the researchers argue must stop. In a more benign example, people who bought candles online might find themselves receiving fire safety tips from their Amazon Alexa speaker. The Cabinet Office has been contacted for comment.

Cards in Taro’s favour – Japan’s straight-talking, social media-savvy minister for vaccines and reform, Taro Kono, is the frontrunner to become the country’s next leader after the incumbent, Yoshihide Suga, declined to contest the coming election. Kono has set his sights on shaking up the nation’s entrenched bureaucracy, having berated civil servants for working into the wee hours, holding late-night press conferences and being unable to wean themselves off fax machines.

Last month Kono put out a book, Move Japan Forward, envisioning how Japan should proceed in areas such as geopolitics, digitalisation, social security and education. “The sense that he’s his own man and speaks his mind plays well with the public, particularly among the young,” said Jun Okumura, an analyst at the Meiji Institute for Global Affairs. “Incredibly, at 58, he’s also the youngest among the candidates.”

Non-London rents surge – Private rents outside London rose by 5% over the 12 months to the end of July, their fastest rate for 13 years, research suggests. The Zoopla website said this added more than £450 to a typical annual rent bill outside the capital. Locations popular with tenants quitting London and other big cities have seen rents jump by up to 25%, according to some estate agents. Rents in Wigan, Greater Manchester, and Mansfield, Nottinghamshire, have risen by upwards of 10% in a year, while in Hastings, East Sussex, and Norwich rents are up by more than 9%. Average rents for the UK, excluding London, are running at £790 a month, up from £752 a year earlier, meaning tenants are paying an average of £456 more a year.

Today in Focus podcast: The loss of a parent to 9/11

There were 3,051 children who lost a parent on 11 September 2001. In the first of three episodes examining the reverberations of the attacks 20 years on, three of that group reflect on the weight of that private grief – and what it meant to grow up with it in the media spotlight.

China’s handling of troubles in Afghanistan, Myanmar and North Korea will differ to the west and mould its identity as a global power, writes Vincent Ni, China affairs correspondent for the Guardian.

Gareth Southgate has said England are going into games full of confidence after proving they can compete with the best at Euro 2020 but has warned against complacency. A first-half penalty from Lyndon Dykes was enough to earn Scotland a hard-fought 1-0 victory over Austria in Vienna, while the Republic of Ireland came from behind against Serbia to earn a 1-1 draw in World Cup qualifying. Canadian giant killer Leylah Fernandez reached the US Open semi-finals one day after turning 19, after upsetting No 5 seed Elina Svitolina, while Félix Auger-Aliassime abruptly went through to the last four of the men’s draw when the Spanish teenager Carlos Alcaraz retired down a set and a break.

Ben Stokes looks set to be missing when England announce their squad for this year’s T20 World Cup campaign on Thursday. Ireland’s Leona Maguire had a storied amateur golf career and in her first Solheim Cup she stole the show as Europe beat the US in Ohio. Ethan Hayter established a 16-second lead over Wout Van Aert at the Tour of Britain while previous leader Robin Carpenter slipped to 12th place in the standings. And a new international competition called World 12s has been launched with the aim of enabling the best male and female players to compete annually around the world.

We have a separate round-up of the major mastheads today – our usual summary follows.

The Guardian’s headline asks whether the PM’s healthcare levy will deliver as “PM stakes reputation on £12bn health plan”. A jagged red graph runs over Johnson’s face in the Daily Telegraph alongside the headline “Highest taxes since the war” while the Times says “Tax burden will rise to highest in 70 years”. In the Daily Mail, a masked and aproned Johnson chats to an elderly woman at the care home. “Now make the care worth the cost, Boris,” the paper demands – at least there is “a plan at last”, it says.

Metro has the PM playing Connect 4, with the caption “gamechanging”. The headline is “Boris plays ‘catch-up’: tax and spend Tories”. The Sun has Johnson rolling a pair of dice, the faces depicting coronavirus, sterling and the NHS logo. This is “Bojo’s biggest gamble”, it says. The i plays it straight with “New era of tax hikes to pay for NHS and social care”.

“Promise you’ll want to hear” – the Express really is incredible, isn’t it? The paper says Rishi Sunak pledges to “make every penny of extra funding count”. The Financial Times says “Johnson defies rebels and unveils £12bn tax rise for health and care”. It calls the strategy one that “moves the Conservatives firmly into Labour territory”. The Daily Mirror says “He still doesn’t get it … Careless,” with one if its key points “struggling workers to be hit hardest in funding plan”. The photograph is of the prime minister looking dumbfounded.