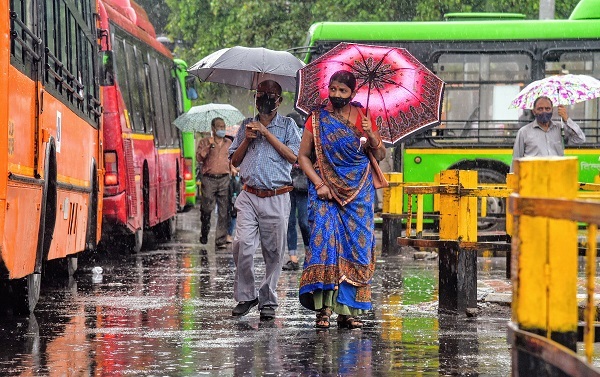 New Delhi: The Indian Meteorological Department (IMD) predicted light rainfall in the national capital on Tuesday, with a minimum temperature of 27.8 degree celsius.

'The maximum temperature on Tuesday is likely to settle around 34 degrees,' the IMD said. 'The relative humidity recorded at 0830 hrs was 86 per cent,' it added. Earlier, the IMD in its weather bulletin had predicted an increase in rainfall activity over Northwest India from September 6 onwards.

'the rainfall activity will continue throughout the week,' it said. On Monday, the relative humidity was 57per cent, while maximum temperature stood at 36.2 degree Celsius.

Surface winds were moving towards south- Northeasterly with a speed of nearly 12.9 kilometres per hour, according to IMD. (UNI)