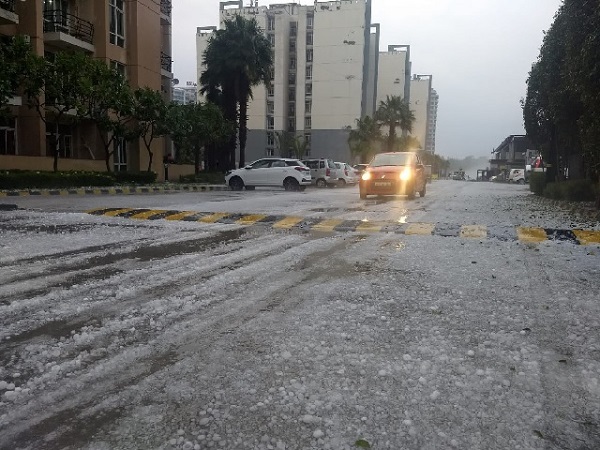 New Delhi: The Indian Meteorological Department (IMD) on Tuesday predicted cloudy sky with light rain in the national capital. “The maximum temperature is likely to be 34 degree Celsius, with the minimum at 24 degree Celsius, one notch below the normal. Relative humidity at 8.30 a.m. was 90 Percent,” said the IMD.

The maximum temperature recorded on Monday was 33.4 degree Celsius. The IMD also predicted light to moderate rainfall till September 17, with a brief break on 18 and 90 September, rainfall along with thunderstorms might come back in the city. Most parts of Delhi witnessed light rainfall on Monday. Between 8:30 a.m. on Monday and 8.30 a.m. on Tuesday, the Safdarjung observatory of the IMD received 3.5 mm of rainfall. According to the Met department, “A Deep Depression lay centred at 0530 hrs IST of 14th September 2021 over north interior Odisha & adjoining north Chhattisgarh about 50 km west-northwest of Jharsuguda and about 130 km south-southeast of Ambikapur. To weaken into a Depression during the next 06 hours,”.

Meanwhile, the air quality in Delhi has remained in the satisfactory category in most of the places on Monday morning. According to the Central Pollution Control Board (CPCB) the Air quality index (AIQ) in Anand Vihar stood at 88. (UNI)