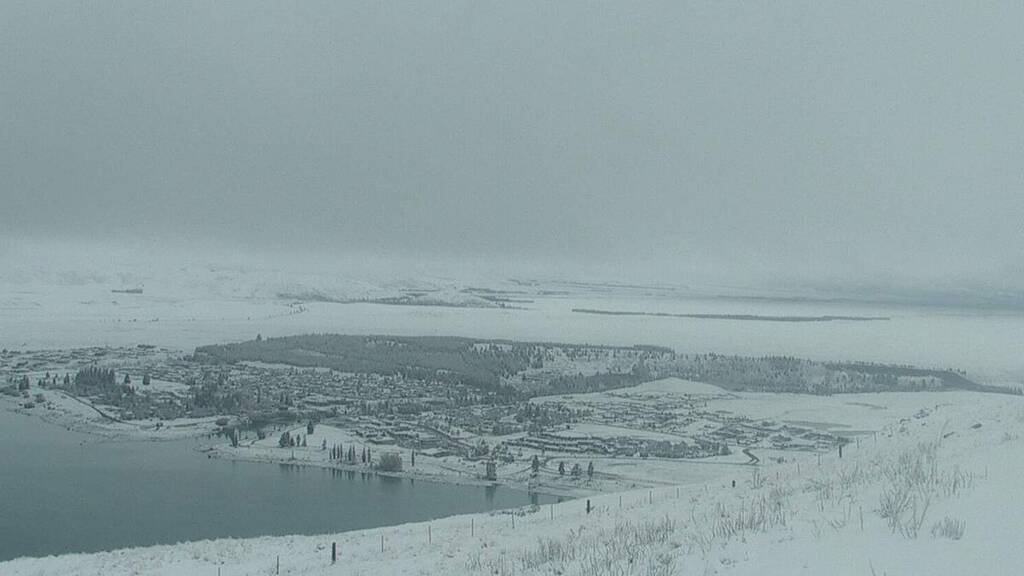 Snow has fallen in the South Island overnight with heavy rain and strong winds expected throughout the day.

In Tekapo, snow has blanketed the town with temperatures dropping to just 1C. The Lindis Pass is also covered.

Metservice says snow has lowered to about 400m in the South Island overnight. There have also been thunderstorms in Buller and northern Westland.

Severe weather warnings are in place for much of the South Island this morning.

Heavy snow watches are in place for the Canterbury High Country south of the Rangitata River, Central Otago and the Queenstown-Lakes District.

Heavy rain has caused flooding on the West Coast and State Highway 6 has been closed by a slip near Punakaiki.

MetService shift meteorologist Larissa Marintchenko said it was going to be wet and cold for most of New Zealand today and tomorrow.

Temperatures have dropped with the North Island hovering around 16-17C while the South Island sits at around 12-15C before both areas rise several degrees at the weekend.

"It's pretty cold pretty much through this week until the weekend and then on the weekend it will start to warm up again all over the country."

The severe weather is expected to clear from Thursday this week.