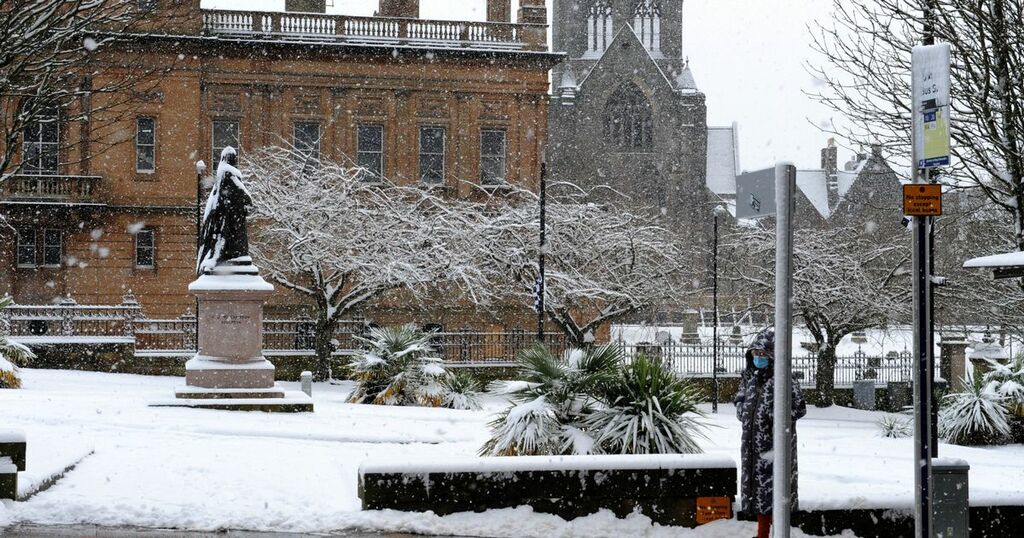 Renfrewshire could see snow flurries as early as October as temperatures plummet in a chilly start to autumn.

The Met Office has given its predictions for October 19 to November 2, with the white stuff expected to fall as the months gets colder.

Those on higher ground should expect to see snow first, which could hit any time from the end of October and the start of November.

Reports of the colder conditions comes as a yellow weather warning is in place until Saturday with heavy rain expected to batter the country until at least lunchtime at the weekend.

“Likely areas to be affected are the Scottish mountains as well as higher ground in northern England and northern Wales.

“Low areas are unlikely to see any. It’s quite normal for this time of year.”

The forecast goes up until November 1 and 2, making this a likely date for snow to appear. Frost will also hit most of Scotland as temperatures dip to single figures this week.

The Met Office has predicted for the end of the month: “There is a chance of a colder settled period becoming established by early November.”

It comes after a blanket of snow hit Scotland’s highest peak last week, with around 2cm falling on Ben Nevis.

The Met Office has issued a yellow weather warning for rain in the west coast of Scotland from midnight on Wednesday to midday on Saturday.

Forecasters anticipate as much as 150mm of rain to land on higher ground during the lengthy period of rainfall.

Officials say the heavy rainfall could cause localised flooding from rivers and small watercourses in areas of low lying land.

Scots have also been urged to be vigilant and take extra care when travelling around the impacted areas.

A flood alert for SEPA reads: “Periods of heavy and often persistent rain will affect these areas from Wednesday evening through to Saturday.

“This is expected to cause localised flooding from rivers and small watercourses, particularly of low lying land and roads.

“Surface water is also expected to cause disruption to local travel, particularly in known trouble spots. There could be difficult driving conditions and longer journey times.

“Remain vigilant and remember, it is your responsibility to take actions which help protect yourself and your property.”